A week later, NGL is still the top app in the US App Store! It's not doing as well on Google Play, but that hasn't stopped it from making its way into nearly 3 million mobile devices worldwide in a week, according to our estimates.

Downloads are great, but money is better. So, is NGL making any money from all of these downloads? 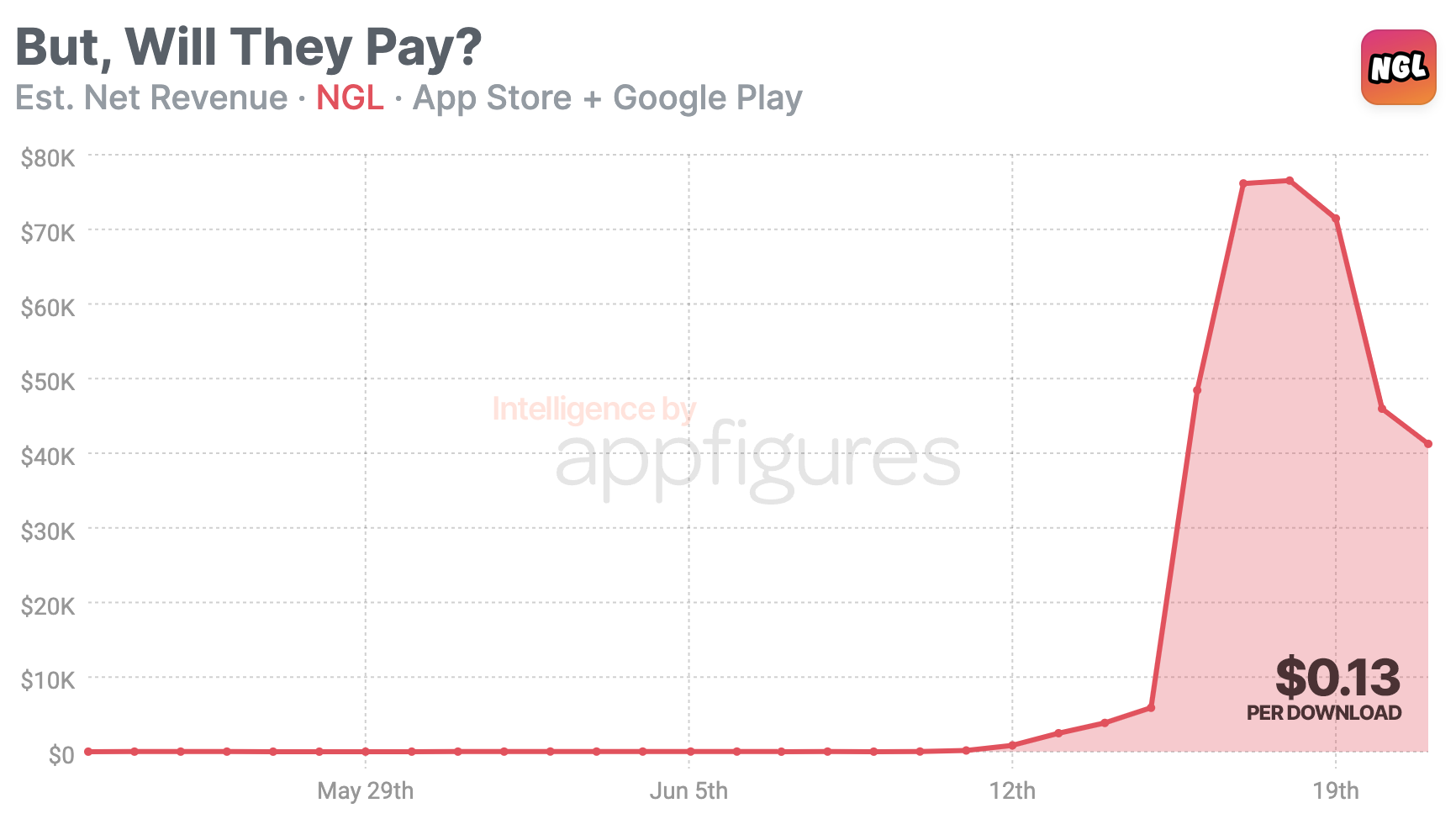 NGL earned a total of $375K of net revenue so far, according to our estimates. Is that a lot? It may sound like it, but considering the millions of downloads it's been getting, I don't think that's a lot at all.

But that's not necessarily bad.

NGL monetizes by giving back what it takes away. NGL's revenue comes from in-app purchases that give users "hints" for who sent them a message. For an "anonymous" messaging app that's kind of weird, no?

This whole idea is pretty novel and kind of experimental, so I can't judge NGL for its ability to monetize. But given its popularity, I fully expect the team behind the app to come up with a better model to monetize. If they don't they'd be giving up a great opportunity.