The Mega Millions lottery had its biggest jackpot, a whopping $1.3 billion. I'm not a lottery player, so I didn't care much about it until I noticed this craze has also taken over mobile. 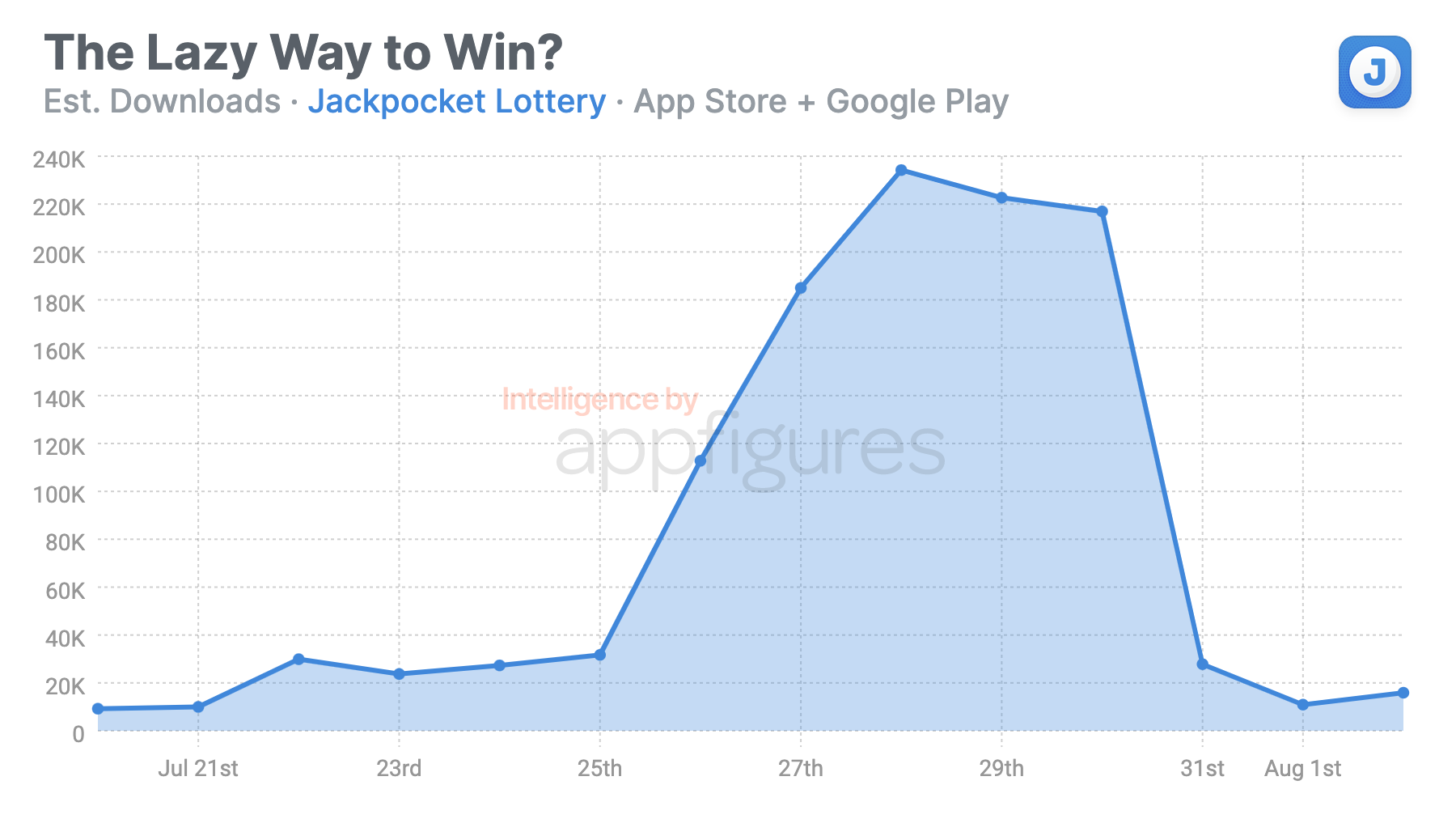 Jackpocket Lottery rose to the top of the App Store last week because it lets people buy lottery tickets from their phones. Something I didn't think was legal, but seems to be.

As everyone raced towards the opportunity of becoming a billionaire, Jackpoket Lottery was downloaded more than a million times, according to our estimates. And that's in just a few days.

Downloads peaked on Thursday at a little over 234 thousand downloads, the majority of which came from the App Store, and declined sharply over the weekend and after the draw.

While the numbers are pretty big, none of this is surprising. A lot of money on the line got people to do what's easiest and that was to burn their cash using an app. There are quite a few casino games that do that.

But more serious now, this is another trend that brings more IRL interactions, which tend to be more strict when it comes to lottery, into mobile devices, where they're easier, smoother, and way more convenient.