Tinder has been the highest-earning app on Google Play in the US almost every month this year! Even better, revenue was rising consistently for almost every one of those months.

Well, that run ended in November... 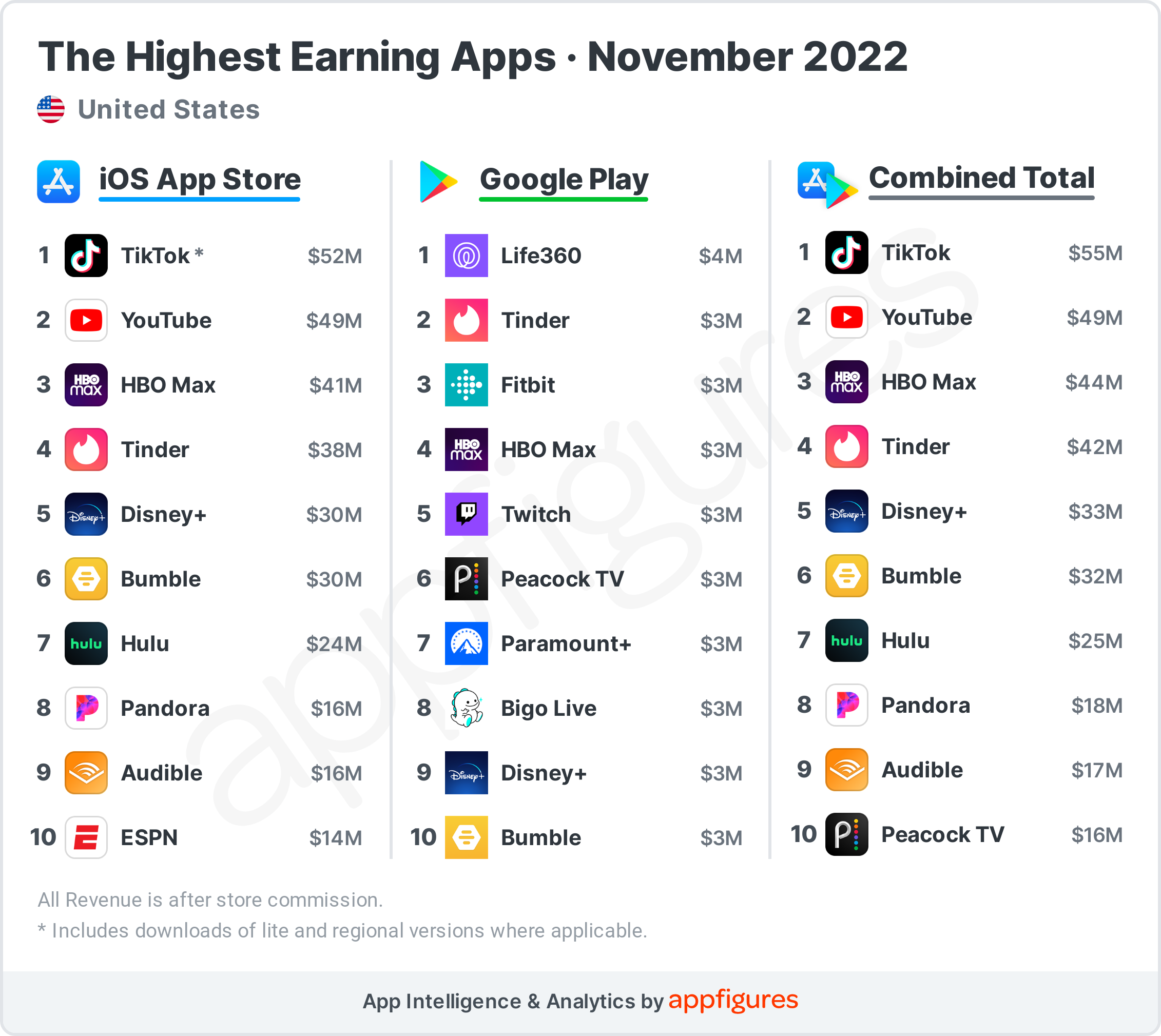 Not what you think

While you might think TikTok has been in the lead for a while, it actually hasn't. It regained the top spot last month, pushing down HBO Max, which ended up in the third spot in November with $44M in net revenue.

YouTube took second place with $49M of net revenue, according to our estimates.

Tinder, with $42M, and Disney+, with $33M, two very familiar names, round out the top 5. Fairly standard for Tinder but a bit above average for Disney+.

Back to Google Play

That was the combined ranking. Looking at just Google Play, it was Life360, a 3rd party version of Apple's Find app, which earned the most in November. Our estimates show Life360 added $4M of net revenue to its bottom line from Google Play in the US.

That's Life360's best month on Android ever! For context, Life360's revenue from Google Play has grown 454% since the beginning of 2020. App Store revenue is following a similar trend but running about 3x higher.

According to our App Intelligence, the top 10 highest-earning apps brought in $332M of net revenue from the US. That's a rounding error away from October's total, showing how dissimilar apps and games are in terms of revenue.

Not a surprise, but good to keep in mind.