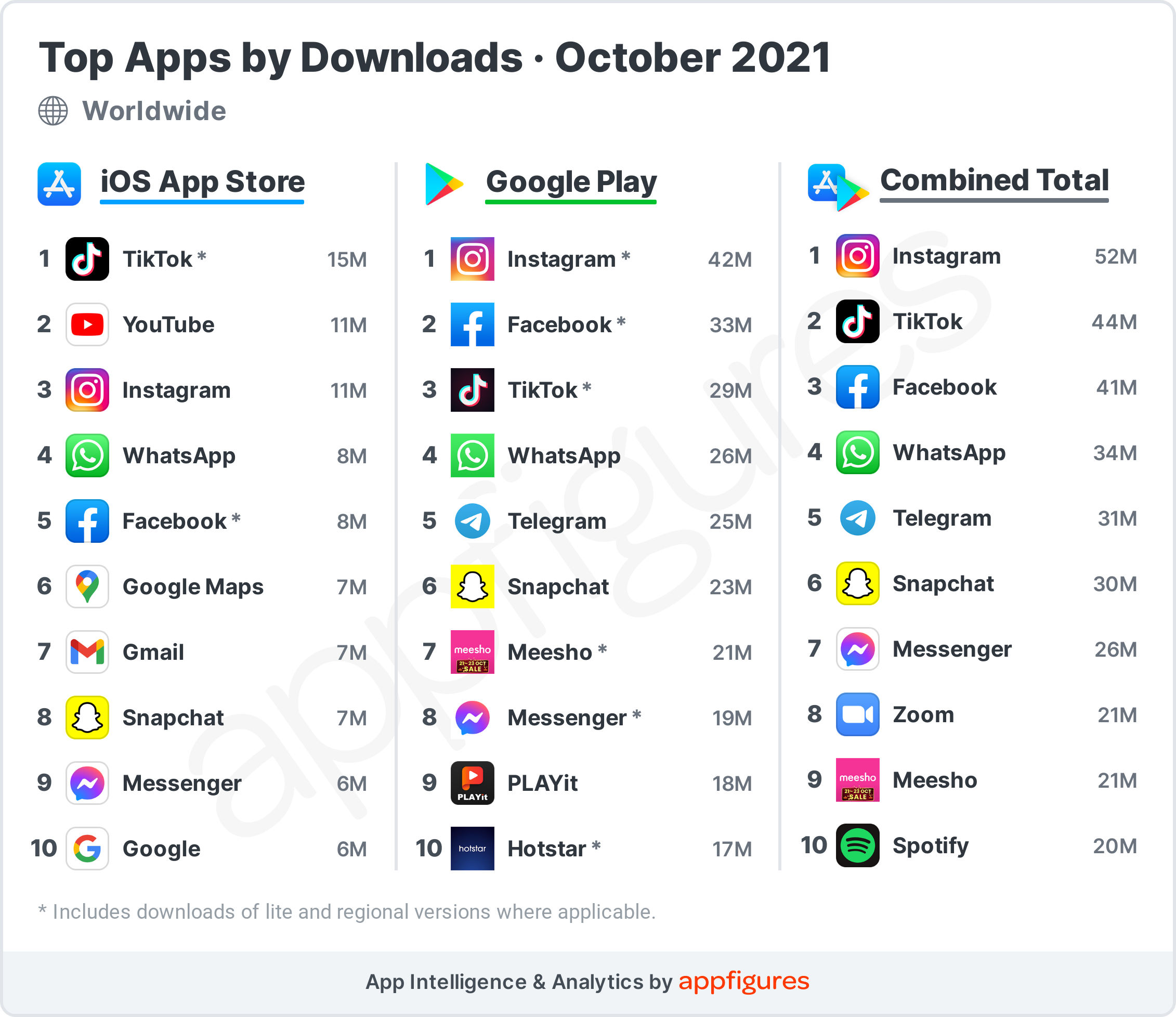 Instagram was the most downloaded app in the world in October, making its way into more than 52,000,000 phones globally. It managed to beat TikTok, again, thanks to nearly 16M new downloads from India. It's worth noting that downloads from India went down a bit since September, but they're still very high. Not for TikTok, which is banned...

A "newcomer" into October's top list is Spotify, which didn't make the cut for either store, but thanks to a healthy balance of downloads from both the App Store and Google Play, combined to earn the last place on the chart with an estimated 20M downloads.

Together, the top 10 apps recorded 320M downloads, according to our estimates, maintaining the same scale as September. With the holidays coming, November should start seeing an increase. 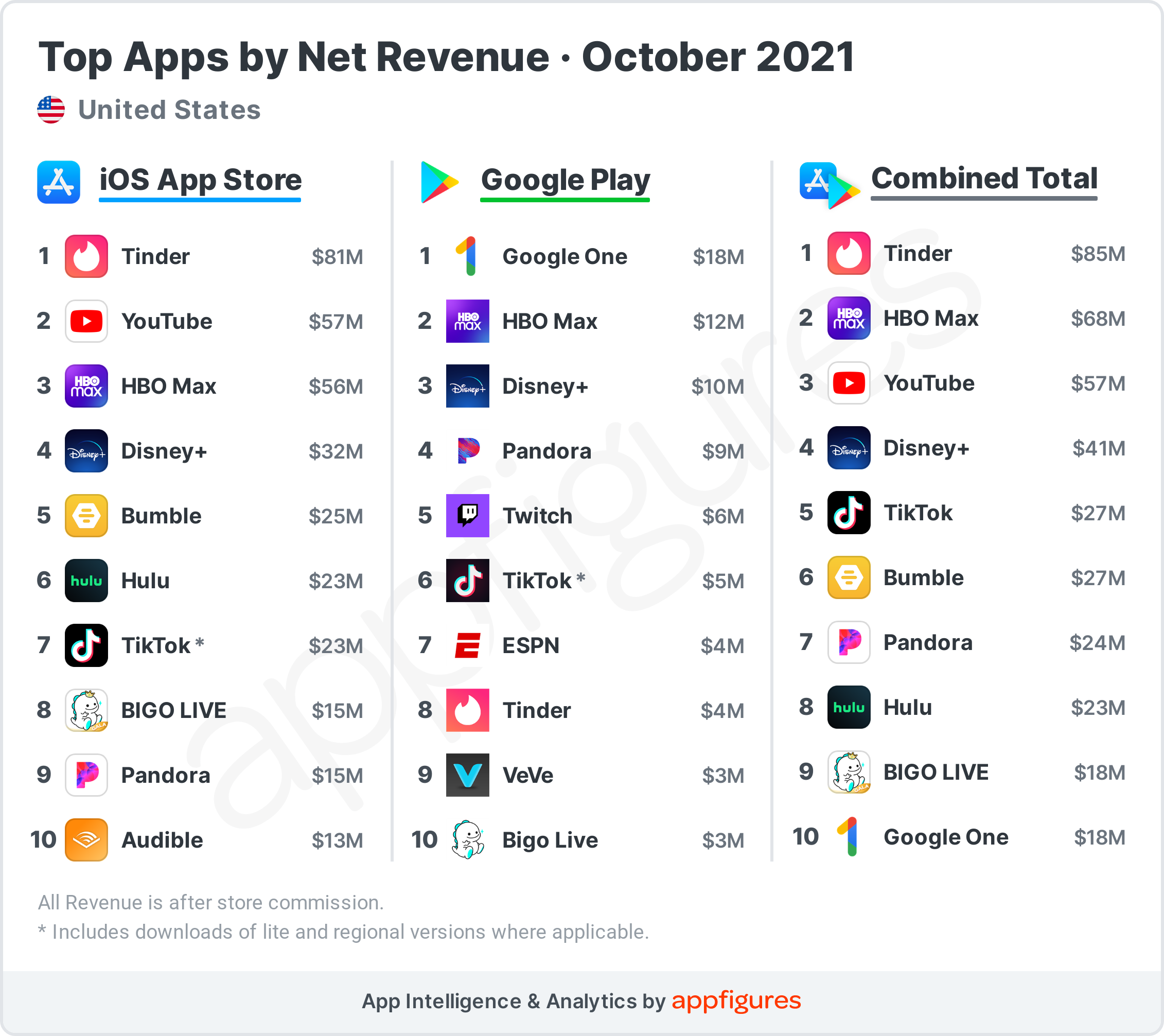 Tinder was the highest-earning app in the U.S. in October, earning a whopping $85M in net revenue across both stores. This is the second month of Tinder's dominance, and given the season, I'm pretty sure not the last.

HBO Max, YouTube, Disney+, and TikTok round out the top 5.

Thanks to revenue growth of more than 35%, TikTok is now the #5 highest-earning app in the U.S., according to our App Intelligence. We've seen its revenue grow consistently this year, and I even predicted it'll become the highest earner by the end of 2021. Let's see if I'm right.

Together, the top 10 apps earned $387M of net revenue (that's after the stores take their fee) from the App Store and Google Play in the U.S., according to our estimates, a 4% increase from September.