Boom or bust? Downloads and revenue have been on a rollercoaster ride lately, rising a ton in August only to slump in September and somewhat recover in October. Let's have a look at November's winners. 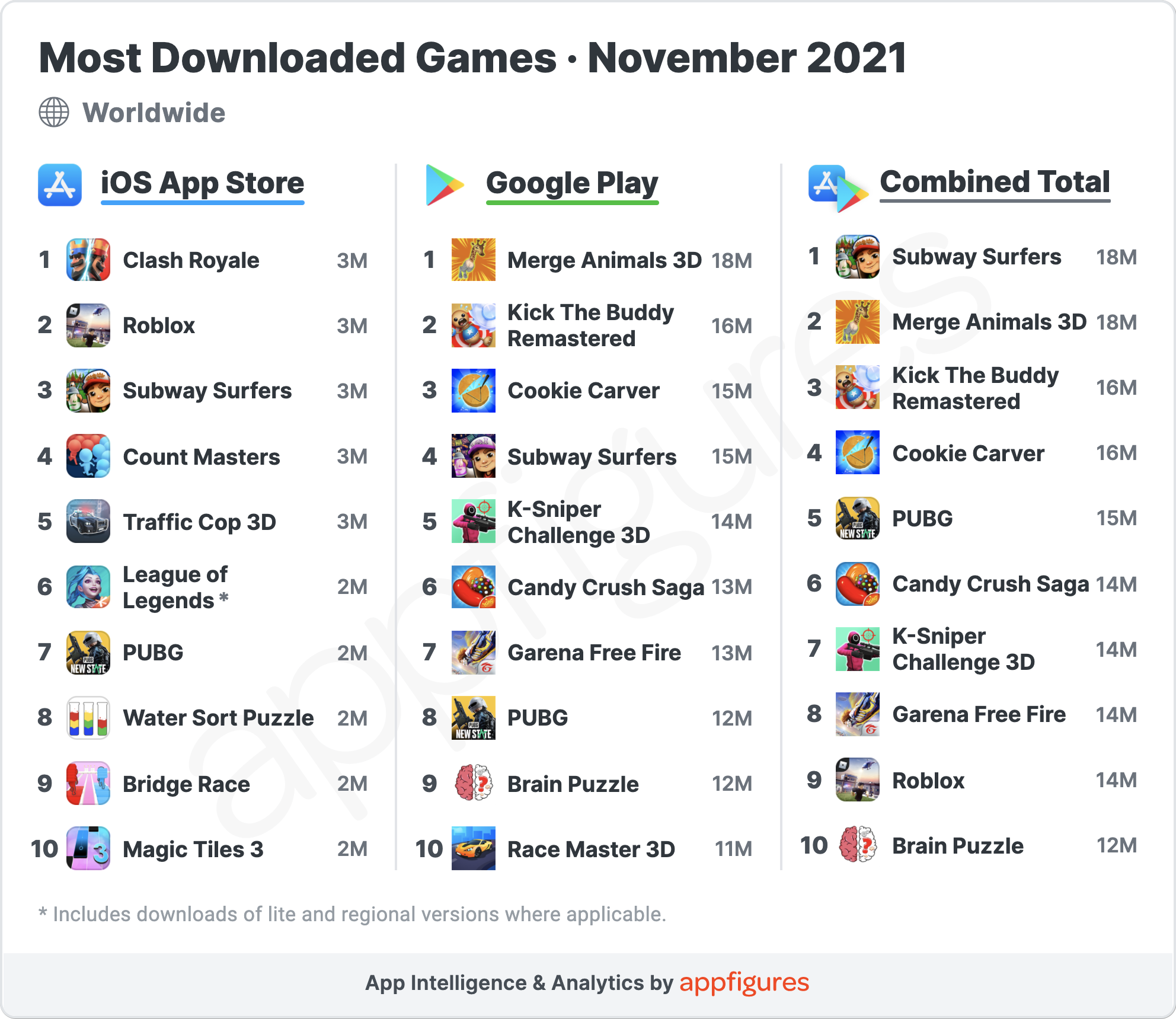 Subway Surfers was the most downloaded game in the world in November, earning 18 million new players, according to our estimates. Keep 18 in mind for a minute.

Normally, the lists don't differ much month-over-month, but November must be special because, with a few exceptions, it's a whole new set to analyze.

Merge Animals 3D, this month's hyper-casual, earned the #2 spot with 18 million downloads as well. And PUBG returned after being absent in October.

Together, the top 10 most downloaded games in the world saw 150 million new downloads, according to our estimates. Yes, that's less than October. And yes, less than slumpy September. What's going on???

Back to the top. 18 million is a nice chunk of downloads, and it's the same number Subway Surfers saw in October. But... in October, it ranked 5th with that number. So the top shrunk. The top that's normally reserved for pay-to-play (aka. hyper casuals) is gone.

App Tracking Transparency continues to make targeting a nightmare. What will this mean for the holiday season? 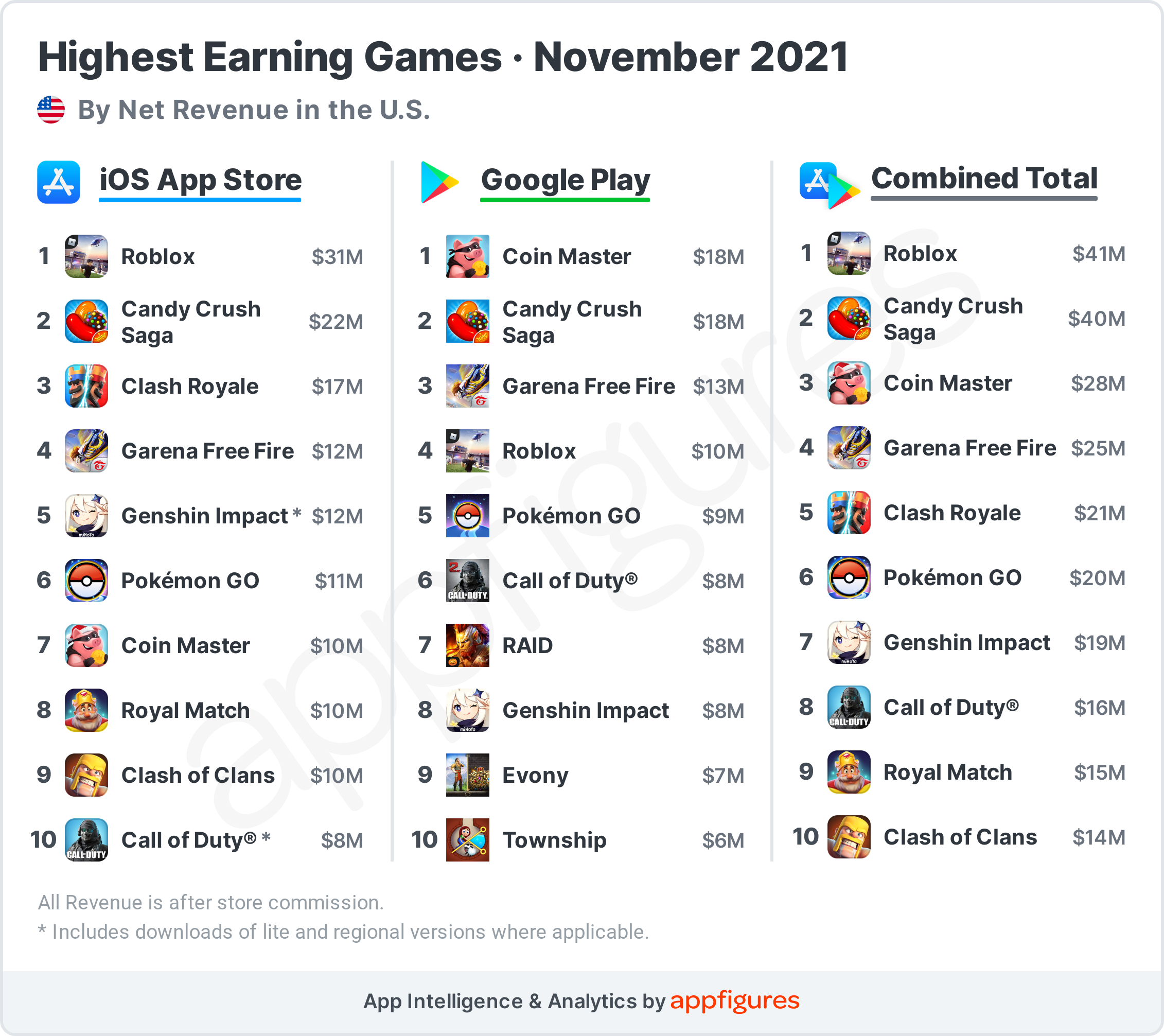 Roblox continued to be the highest-earning game in the US in November. It brought in $41 million of net revenue from the US in the month, according to our estimates. That's a good 8% increase versus October, when it ranked #2.

Candy Crush, which Roblox dethroned, dipped a bit, earning just $40 million in the US, according to our App Intelligence.

Genshin Impact, which was MIA in October, is back, having earned $19 million in net revenue in November. It ranked across both stores independently and the combined list.

Together, the top 10 apps earned a whopping $239 of net revenue in October from the U.S., according to our estimates. That's pretty much on par with October, and a good sign as we head into the holiday season.