Snapchat was in the news a lot this morning and last night. Why? A series of unfortunate events lead to a lot of frustration.

What happened? Snapchat has issues preventing users from logging in, so many users decided to delete and reinstall the app. But, the App Store had a short outage, and users couldn't download any app. That created the kind of chaos that gets the news-press going.

The store was only down for under an hour, though, so everyone managed to get the app eventually. That's not the real story, actually. The real story is Snapchat's growing downloads and new daily high for this year. 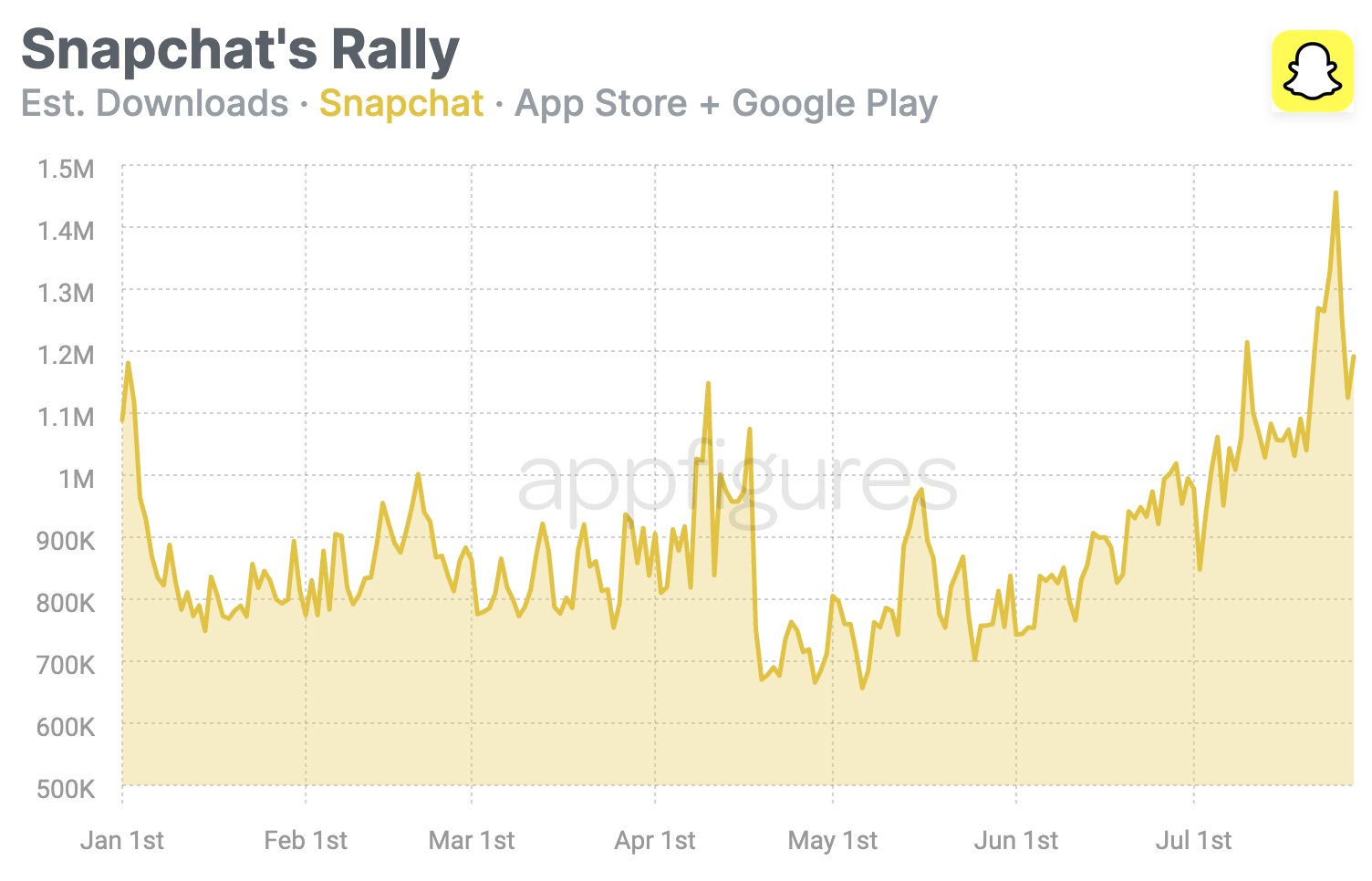 Snapchat has been sitting at the top of the charts for as long as many of us can remember, so we expect it to more or less maintain rather than grow. Much like Facebook and not like TikTok.

But... It's trying to and with some success.

Last Sunday, Snapchat recorded its highest day of downloads in 2021, according to our estimates. Between the App Store and Google Play, Snapchat was downloaded more than 1.4M times. That's more than twice as many downloads as Snapchat saw during the April slump, where daily downloads were averaging 700K.

If things continue as-is, Snapchat is expected to have its best year of downloads in 2021. It's already ahead of last year at the same time, and last year was a mega year for the service many thought would disappear with TikTok's growth. Well, not yet!