Earlier this week, Yik Yak made a comeback after being shut down in 2017.

If you have no idea what Yik Yak is or think it's a play on TikTok--Yik Yak is a messaging app where you can communicate with people in a small radius around you anonymously.

In its first 24 hours, the iOS-only app quickly rose to the top of the Social Networking category. A few hours later, it also managed to claim the #2 position overall in the U.S. It's since dropped from both, sitting in 8th place in its category and 46th place overall as of Friday morning. 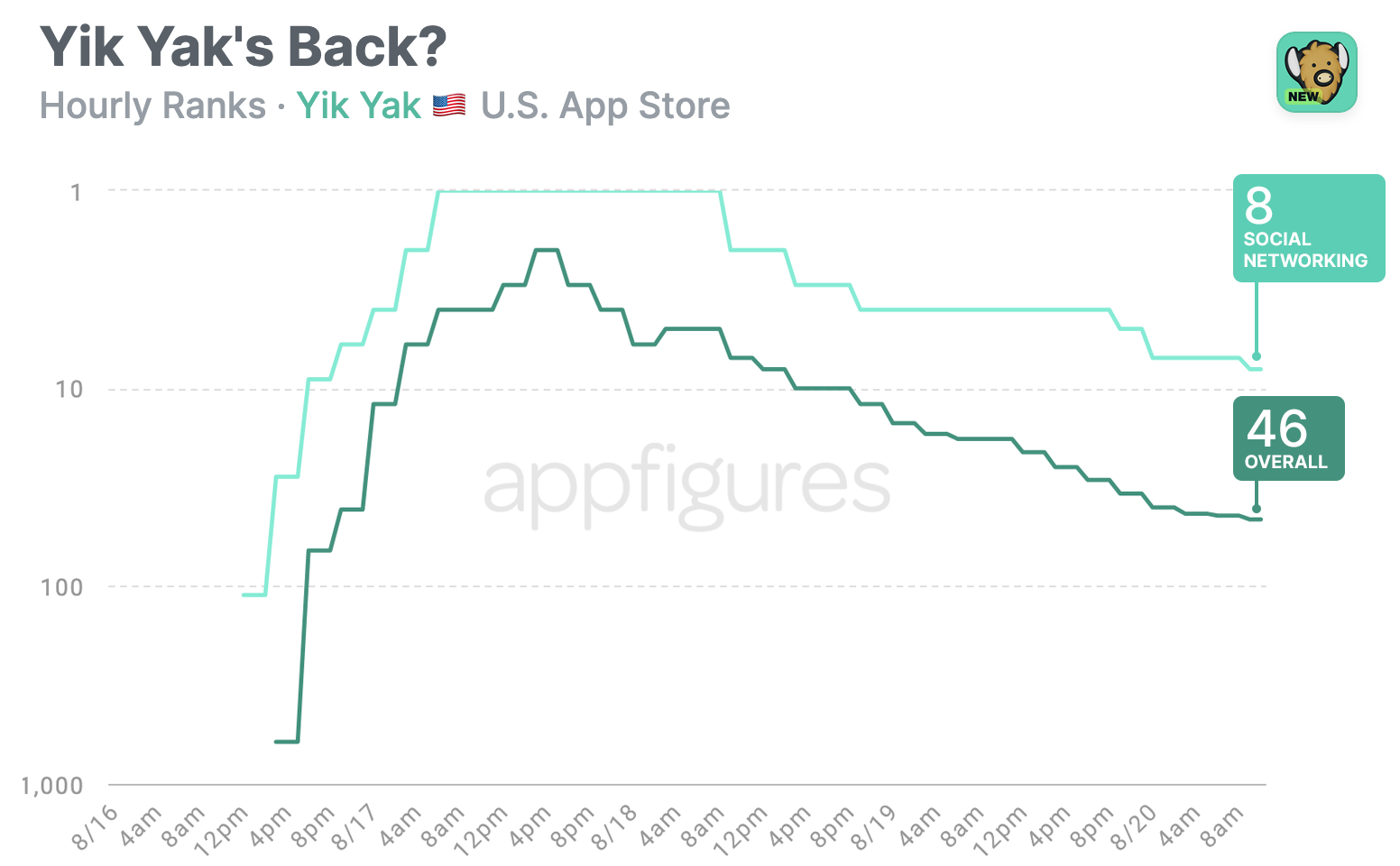 We estimate that those first three days of "success" earned Yik Yak about 183K downloads in the U.S., the only country it's available in right now.

What prompted the revival? It's hard to tell.

The app, which was popular in schools and universities where the five-mile radius can easily get you in front of lots of eyeballs, died in 2017 for mostly being itself, allowing anonymous interactions that turned into harassment and cyberbullying.

The rights to it changed hands, and the new owner decided to give it another go while focusing on better moderation.

The rise of TikTok has led to some interesting attempts at social media. Dispo, Poparazzi, and others have tried to enter the race but couldn't keep the attention. If history repeats itself, it's more likely that new Yik Yak will follow old Yik Yak.