This is a single insight from This Week in Apps #87 - Thats a Lot of Coin!. Check out the full article for more insights. 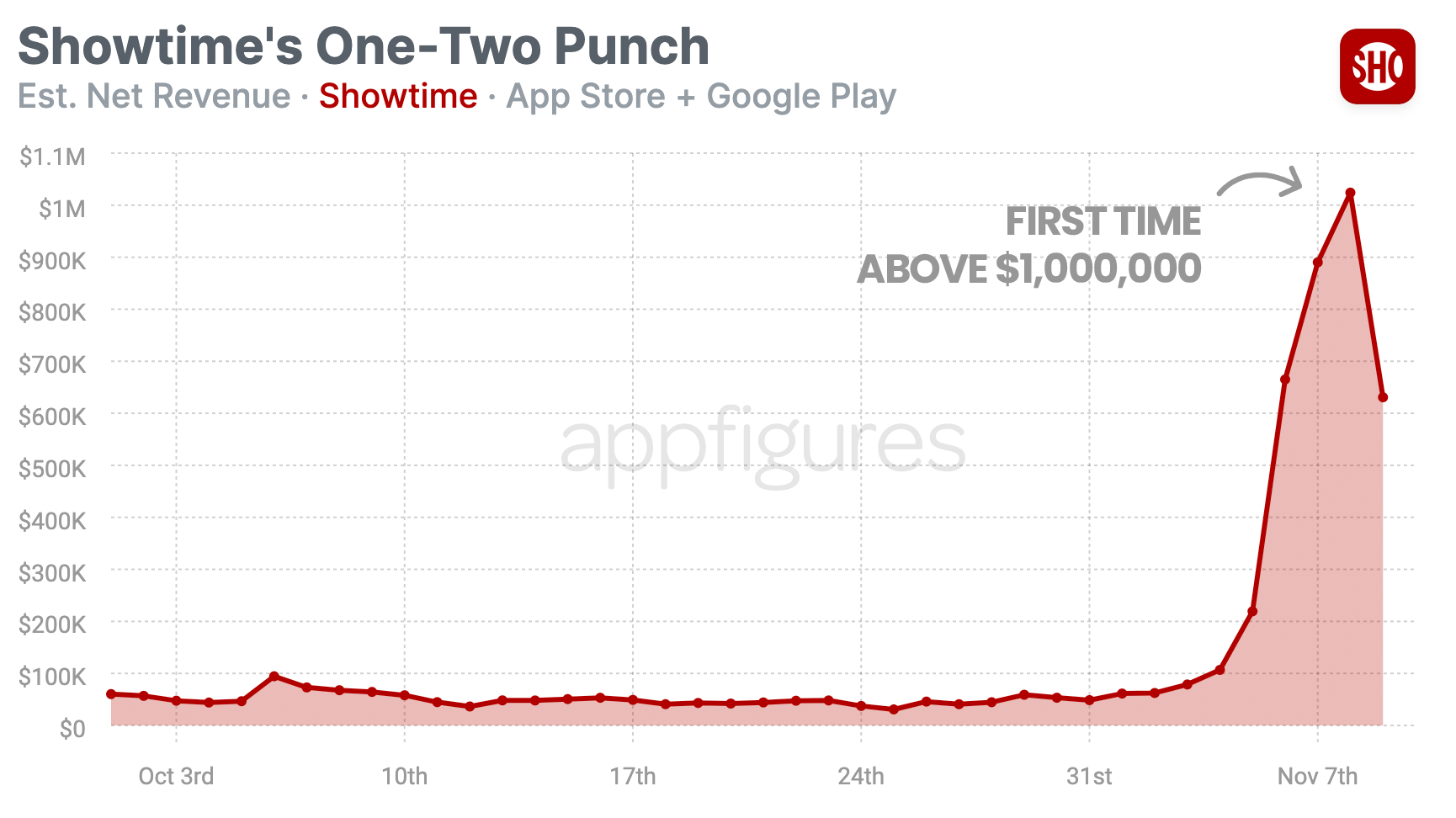 Our estimates show that Showtime's mobile apps have been averaging $45K in daily net revenue over the last few months. They've seen a few peaks, but the biggest one reached $450K back at the end of August. Nowhere near last week's peak.

This peak was by far the biggest for Showtime, adding $1M of net revenue in one day. But that's not the only exciting thing about it. This wasn't a single-day peak but rather growth throughout the weekend.

Between Friday and Monday, Showtime's apps added $2.8M of net revenue to its bottom line and more than 300,000 new viewers, according to our App Intelligence.

Curious what happened? Content happened! The return of Dexter, a popular show with a cult following, and a big boxing match. There's no better combination of content a streamer can be putting out to get engagement, which is exactly why the app rose so high so fast.

At a time where the streaming market is beginning to feel the effect of saturation, content is the playmaker. It feels like the race is divided into two groups, HBO Max + Disney and everyone else. But that doesn't mean others can't peak as well.

I've said this before and will say it again, cable might be dying, but the way it bundled content will make a comeback.