April is behind us, which means it's time to check in on Twitter's subscription revenue. That's something I've been doing since Twitter Blue went live back at the end of 2021.

Let's have a look at Twitter's in-app revenue to see how far they are right now. 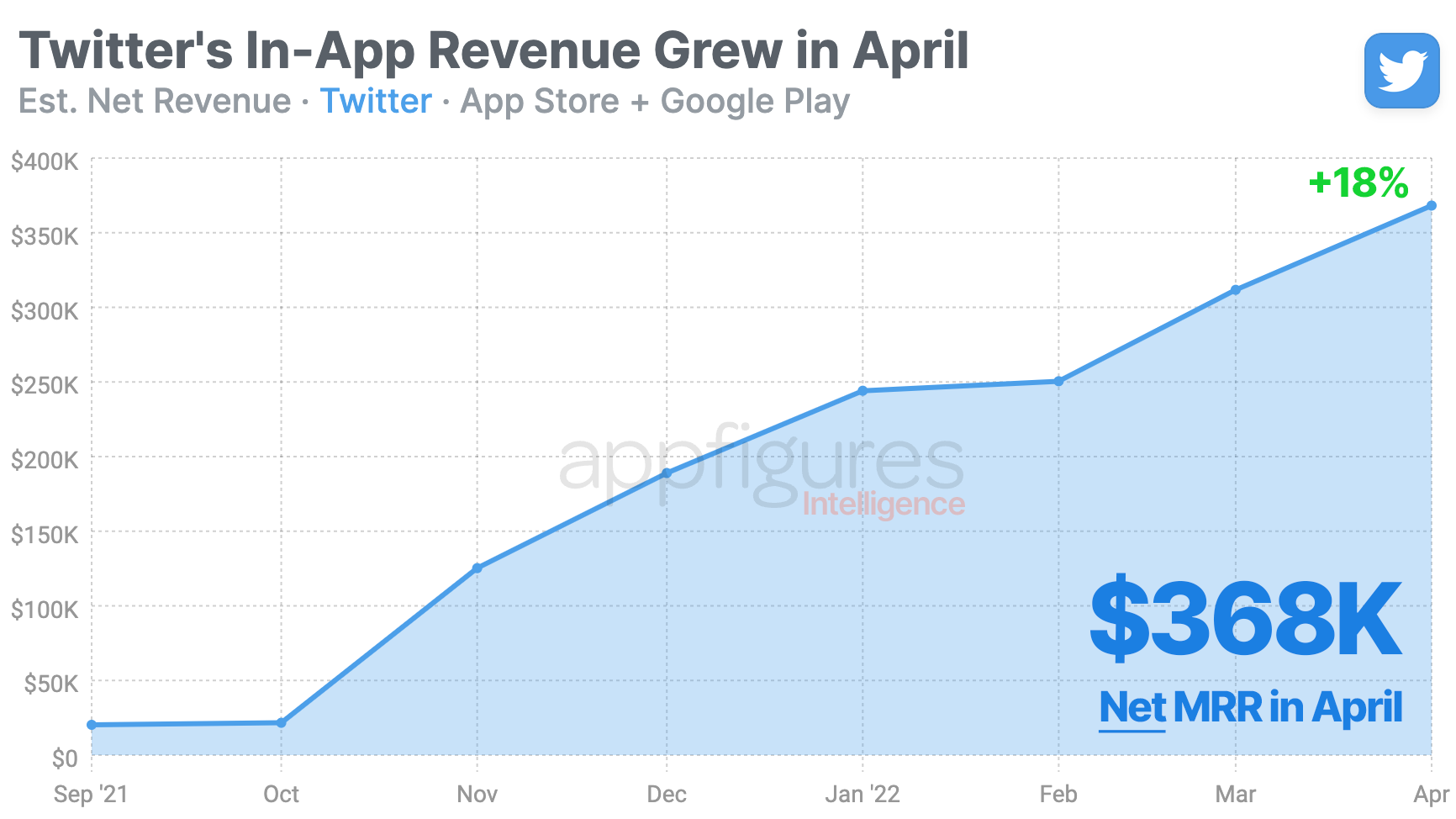 According to our estimates, Twitter's net revenue from in-app purchases grew to $368,000 in April. That's an increase of 18% from March when Twitter hit the $300K mark for the first time.

How many subscribers is that? We know Twitter Blue costs $2.99/mo, so we can divide. That's gross revenue though, and, our estimate is net, so first we need to change that $2.99 to $2.10, which is what Twitter gets after Apple and Google take their fees.

According to those numbers, Twitter currently has a little over 175,000 paying subscribers as of April.

Wait, actually, not great either... If you've been following the newsletter for long enough, you know that I believe this could have been muuuuch larger if they launched Twitter Blue as a company of Twitter's scale could and should.

Elon has his work cut out for him. To get to 69 million subscribers, a number I imagine has some significance, Elon's Twitter will need to add a little over 2 million new subscribers every month starting right now.

175,000 after 7 months vs. 2 million every month. Not impossible, but some things will have to change. I'll leave my thoughts on what for a different medium. I'm sure Elon has a few ideas.

Do you think he can pull it off?

App Tracking Transparency Continues to Hurt – The Most Downloaded Games

I crunched the numbers and ranked the most downloaded games in April, and even though this list has a variety of hyper...