Amazon Prime Video is one streamer I don't get to talk about too often. I don't have anything against Amazon, it's just that there isn't much to talk about...

And then Craig Bond came along. I mean, James Bond (but bonus points if you got the reference!), which made the leap from movie theaters to the streaming service a couple of weeks ago. 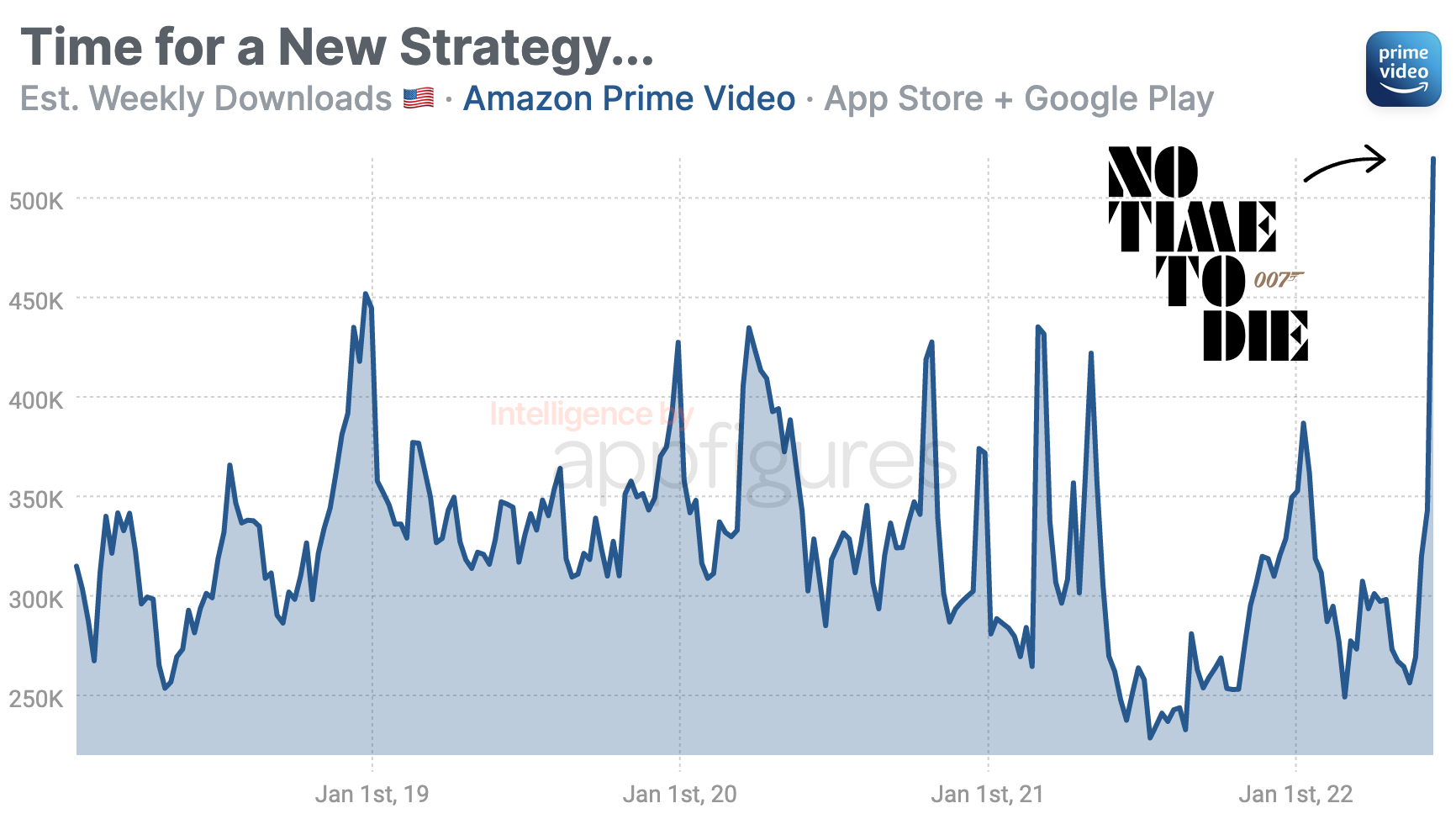 I'm talking about the latest James Bond movie "No Time to Die", which launched to theaters only, and started streaming on Amazon Prime Video in the US earlier in the month. Also, the best movie from the Daniel Craig era, which was the worst in my opinion. But I'm not here to talk movies – so let's talk numbers.

Downloads of Amazon Prime Video in the US grew to the highest they've ever been last week, adding roughly 520,000 new viewers to the platform in the week after No Time to Die rolled out to members.

The last peak came in on Christmas of 2018, a cold reminder Amazon Prime Video isn't a covid baby and didn't ride that whole wave.

I bet you that if it streamed on any other platform, that platform would get many more new downloads. Why? Because James Bond is not just a "nice exclusive" but rather a mega-franchise that's been popular for decades. All Amazon was able to squeeze out of it was the same number of downloads HBO Max gets in a standard week, without any exclusive releases.

That's already pretty grim, but it's not all.

One of the ways streamers like Disney+ and HBO Max were able to cement their popularity was by releasing new titles to theaters and also streaming them to subscribers for free in most cases. That era is now dead, or at least dying, taking a tool Amazon could have used (but didn't) to get traction for its mobile app.

It looks like Amazon will need to rethink its mobile strategy...