The Highest Earning Games in the US in May

May was a great month for games. Well, some games. Really, Candy Crush! I got ahead of myself there. This week I crunched the numbers and ranked the highest earning games in the US for May. A bit behind schedule... thanks for your patience. 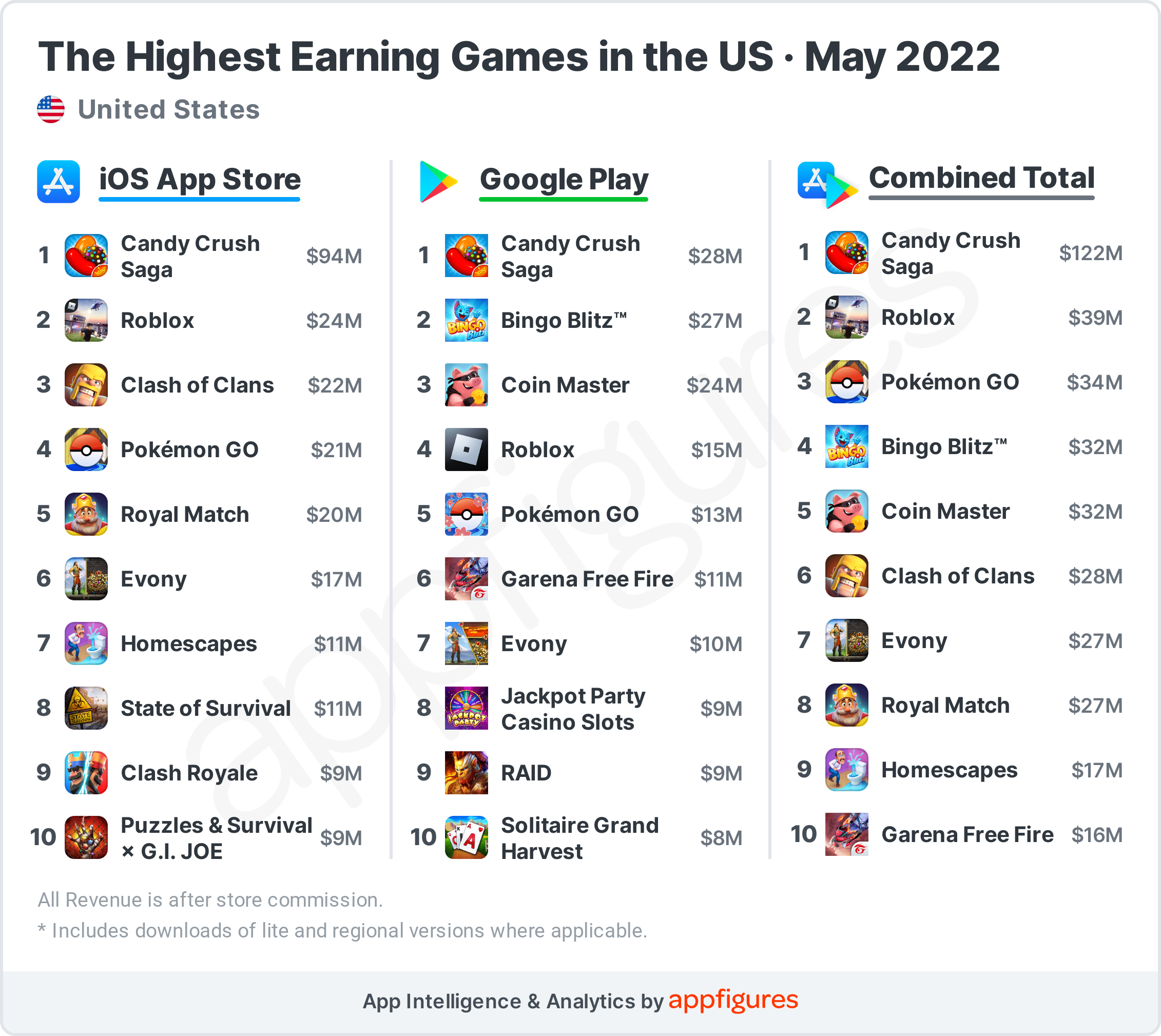 Candy Crush Saga was the highest earning game in the US, earning a massive 122 million of net revenue from the App Store and Google Play in May, according to our App Intelligence. Yes, a hundred. Yes, for the first time. That's about 30% higher than April.

It's worth noting that Candy Crush Saga was the highest earning game on the App Store and Google Play in May.

Roblox came in second, adding just $39 million of net revenue in May, according to our estimates. That's also roughly 30% different than April, but in the opposite direction.

Call of Duty didn't make the cut in May, clearing the way for Garena Free Fire, still banned in India, to get into the last spot with $16 million of net revenue in May.

Combined, the top 10 highest earners brought in $374 million of net revenue in May, according to our estimates. In case you're comparing, that's a modest two-digit increase over April's total.