This is a single insight from This Week in Apps #120 - Let's Roam Around the Cabin. Check out the full article for more insights.

Remember audio-first (aka only) social network Clubhouse? If you don't, I won't be surprised. A year ago, Clubhouse was one of the hottest names in social media,– but a year later, downloads show that excitement is almost all gone. 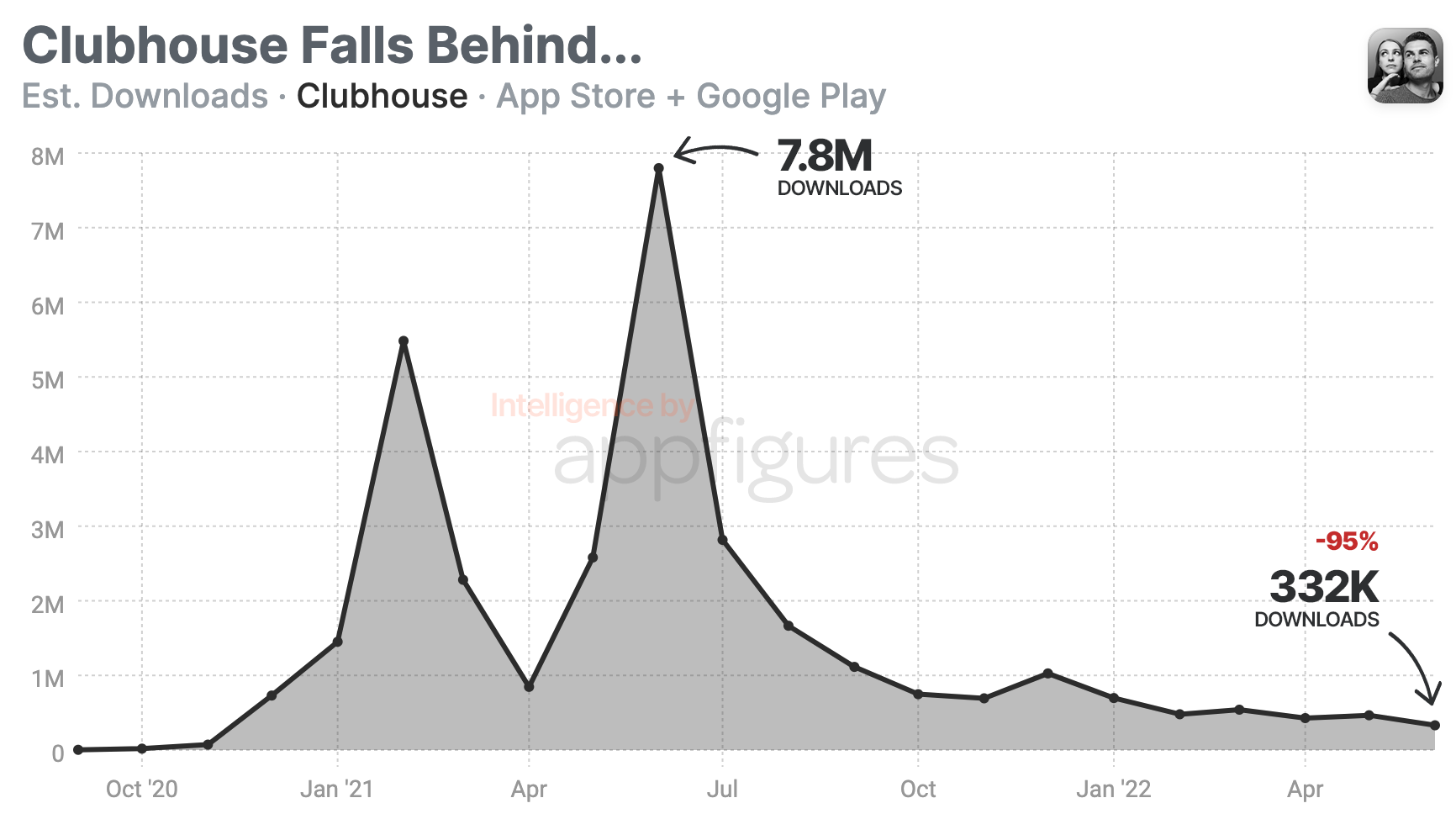 According to our estimates, in June of 2021, Clubhouse had its biggest month of downloads, adding 8.7 million new downloads for its iOS and Android apps. This wasn't Clubhouse's first spike, but it was by far the biggest stemming from the release of the long-awaited Android app a month before, which led to renewed interest in the platform.

In June of 2022, a mere twelve months later, downloads were down a whopping 95%to just 332 thousand, according to our estimates.

What's interesting is that Clubhouse's decline isn't necessarily a signal that interest in the medium is gone. Not exactly, at least. While Clubhouse was busy raising money and not growing its platform, the bigwigs were busy cloning it into their existing platforms.

Those platforms already have users giving creators an audience they don't have to wait for Clubhouse to build. Twitter's Spaces has momentum now, Reddit Talk is getting more updates, and almost every other platform has some sort of audio-only mode now + some sort of monetization for creators, greatly diminishing the first-mover advantage Clubhouse has for all but a moment.

I've said it many times before and I'll say it again, it's creators that platforms are fighting over right now. The platform(s) that offer the best opportunities – audience and monetization tools – will win.