The FTC is Suing One of the Largest Mobile Attribution Networks

I came across a piece of news that barely got any visibility but is incredibly important to our industry. The Federal Trade Commission is suing Kochava, a mobile measurement company, for allegedly selling location data that can track and identify individuals and their behavior patterns.

If you're not familiar, Kochava started as an attribution tracker and later added more features to help advertisers optimize their campaigns. Some of those features include precise location data the FTC claims is so precise it can be easily used to turn random IDs into real names and addresses.

Why Kochava, and why now? 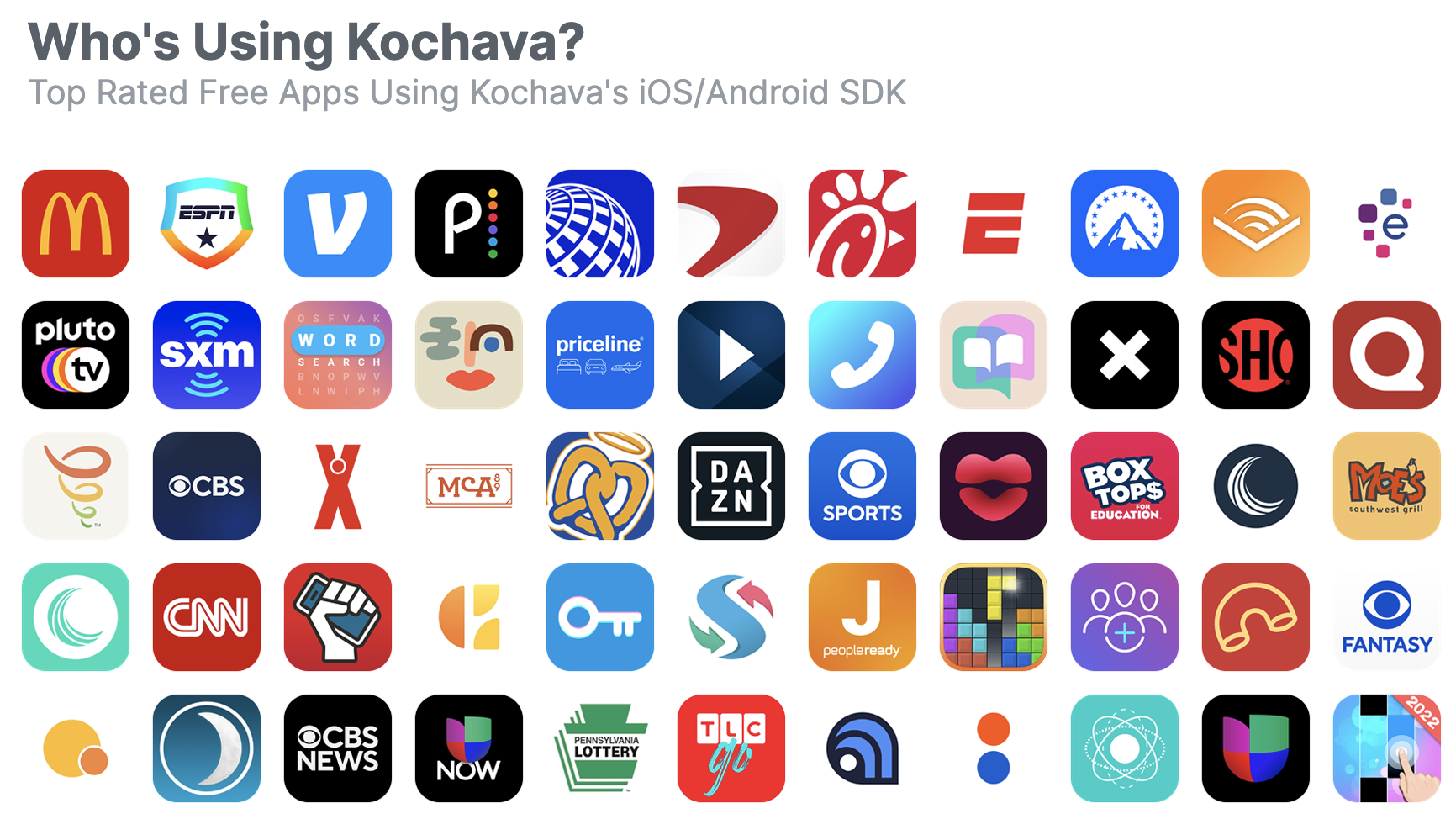 The now part is easy - the lawsuit lists specific things the FTC doesn't like about Kochava's ability to pinpoint individuals, including tracking those who visit abortion clinics, a big political issue in the US right now. They didn't say they sold such data, but allege they can.

To answer the other question, I used Explorer -- our market intelligence platform and home to our SDK Intelligence data -- to see how many apps use Kochava's mobile SDK and who those apps are.

A single glance at the list gave me the answer! Kochava is installed in nearly 5,000 mobile apps across the App Store and Google Play.

And that's not all. Those apps include very popular apps. So popular I'm sure you have at least one app that uses Kochava on your phone right now. The list includes McDonald's, ESPN Fantasy Sports, one of the most downloaded apps in the US, Peacock, Audible, NFL, Quora, DAZN, CNN, and even Epic, a popular reading app for kids.

In the last month, apps and games that have Kochava's SDK installed were downloaded more than 28 million times in the US.

But wait! According to an open letter from Kochava's CEO, the platform does not do any data collection from its SDK nor does it make easily identifiable data easy to consume. You'd imagine the FTC would know this, right? Well, maybe... or maybe they understand it but continued anyway. What do you think?

Politics as usual? The FTC is probably trying to make an example out of Kochava because suing individual providers doesn't sound like an efficient strategy to me. If it doesn't succeed, and given the amounts of money location data is selling for these days, it probably won't, I expect the FTC to knock on Apple's door in an attempt to ban location trackers at the platform level.

It's hard to tell how Apple and Google will respond to such a request, but given enough pressure from the government, and to some extent users, I think there's a chance it would happen.

FYI - Appfigures does not collect or use data from user devices.