Why is Netflix playing games?

Netflix announced that they're expanding into a new area--mobile game development.

That's right, Netflix wants to top the charts with games. At first glance, that's not too surprising. Netflix owns a lot of very lucrative IP that can be turned into a game. I can easily see a Stranger Things game making it into the most downloaded games.

But thinking about it again, they can just license that to an experienced shop instead, as many others have done.

The why becomes clearer when you look at Netflix's share of new streaming users. 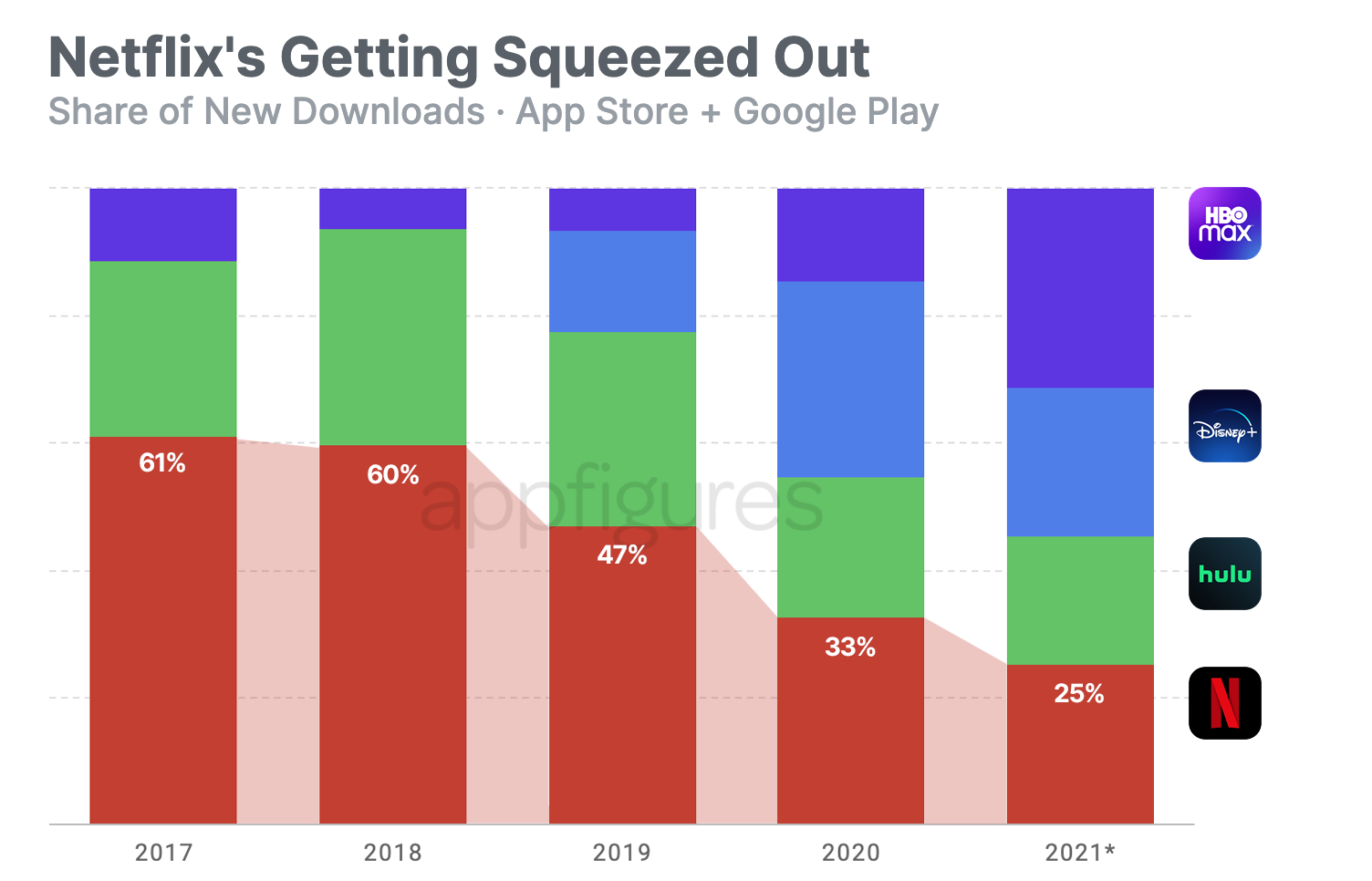 Or should I say, shrinking share of new streaming users...

Netflix was once the one (and only) streamer, a luxury it had enjoyed for a long, long time. To see how its share changed over the years, I used our App intelligence to analyze the share of downloads of the top four streamers: Netflix, Hulu, Disney+, and HBO Max, between 2017 and 2021 in the U.S., across the App Store and Google Play.

New downloads of the top streamers, combined, more than doubled since 2017! I expect combined downloads to exceed 120M this year.

So, Netflix isn't expanding its horizons with games but rather has to find something it can get into and grow, or else.

Can it? Netflix is new to the mobile gaming game, but between recruiting industry veterans and in-demand properties, there's very little reason to believe they won't be able to enter the arena with a thunder.