I look at streaming apps a lot and often, and while the big pair—HBO Max and Disney+—continue to hold their lead, they're not the only ones that are seeing serious revenue growth. 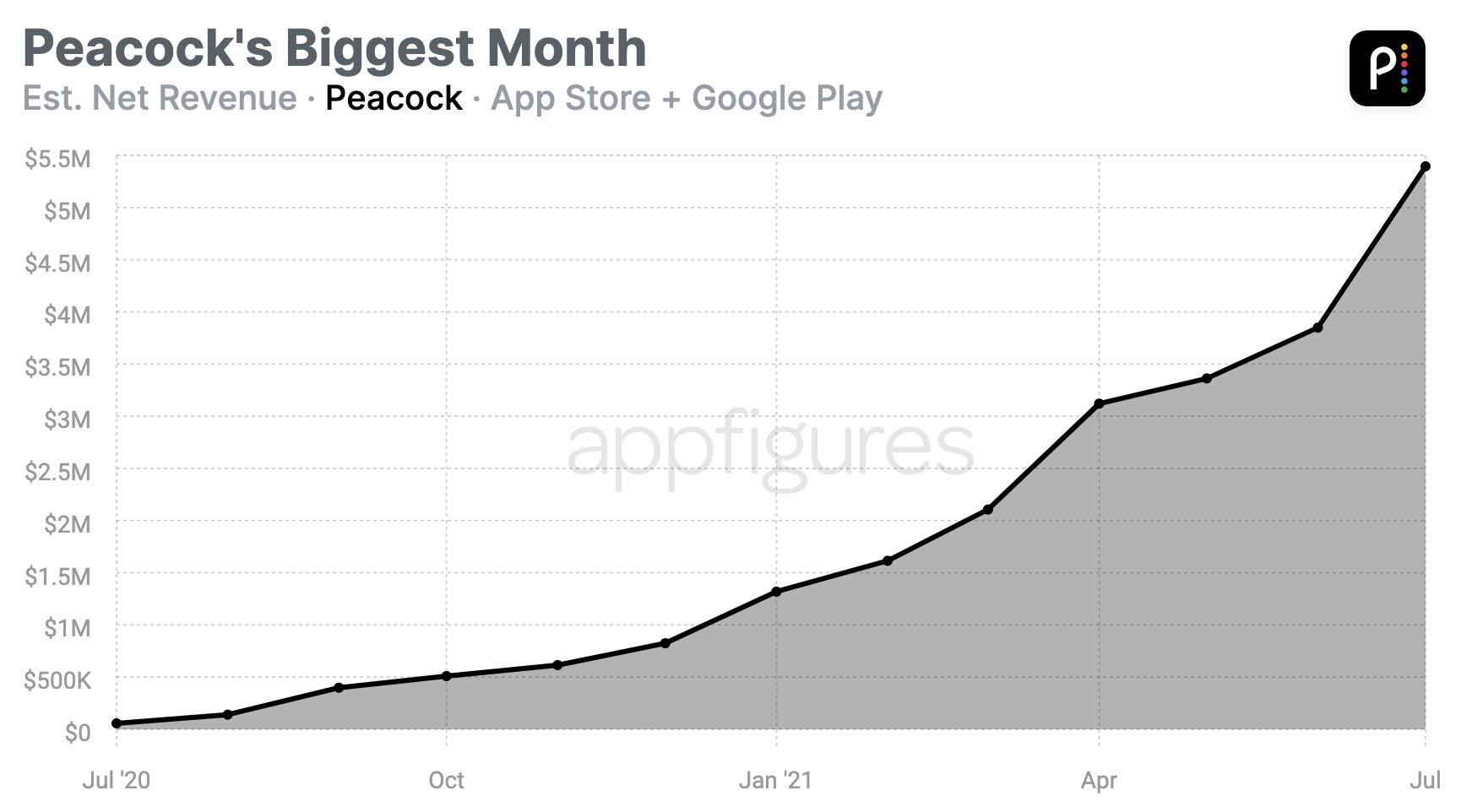 In July, Peacock saw its biggest increase in net revenue, by absolute numbers, since launching in 2020.

According to our estimates, Peacock earned, after store fees, $5.4M in July from the App Store and Google Play. Rewinding to June, that total was $3.8M. One summer month, $1.6M of new net revenue. For context, Peacock brought in $1.6M of revenue for the entire month in February.

I believe this demand is a result of the current no-longer-in-lockdown-but-not-really-out-and-about situation coupled with lots of kids who are glued to their TVs because there isn't much else to do.

Will it continue as summer comes to an end and things IRL resume? Probably! I say that because we're looking at revenue coming from iPhones and Androids, aka mobile devices, not TV sets... In a world that's quickly evolving into phone-first, streaming is no longer a home-only kind of experience.

I've said it before, and I'll say it again, we're witnessing the early land-grab days of video streaming, and as viewers, it means loads of discounts and lots of new content that's very easy to access, even if the economics go against the platforms. It'll take a while until things get back to the kind of stagnation we saw pre-Netflix. Or, at least that's what I hope.