Another popular app that's hit a new high is Discord, the gamer-friendly chat app that declined a biiiig offer from Microsoft not too long ago.

Since introducing in-app purchases, Discord's revenue has seen consistent month-over-month growth with a single exception. But in terms of cash, July 2021 was the month. 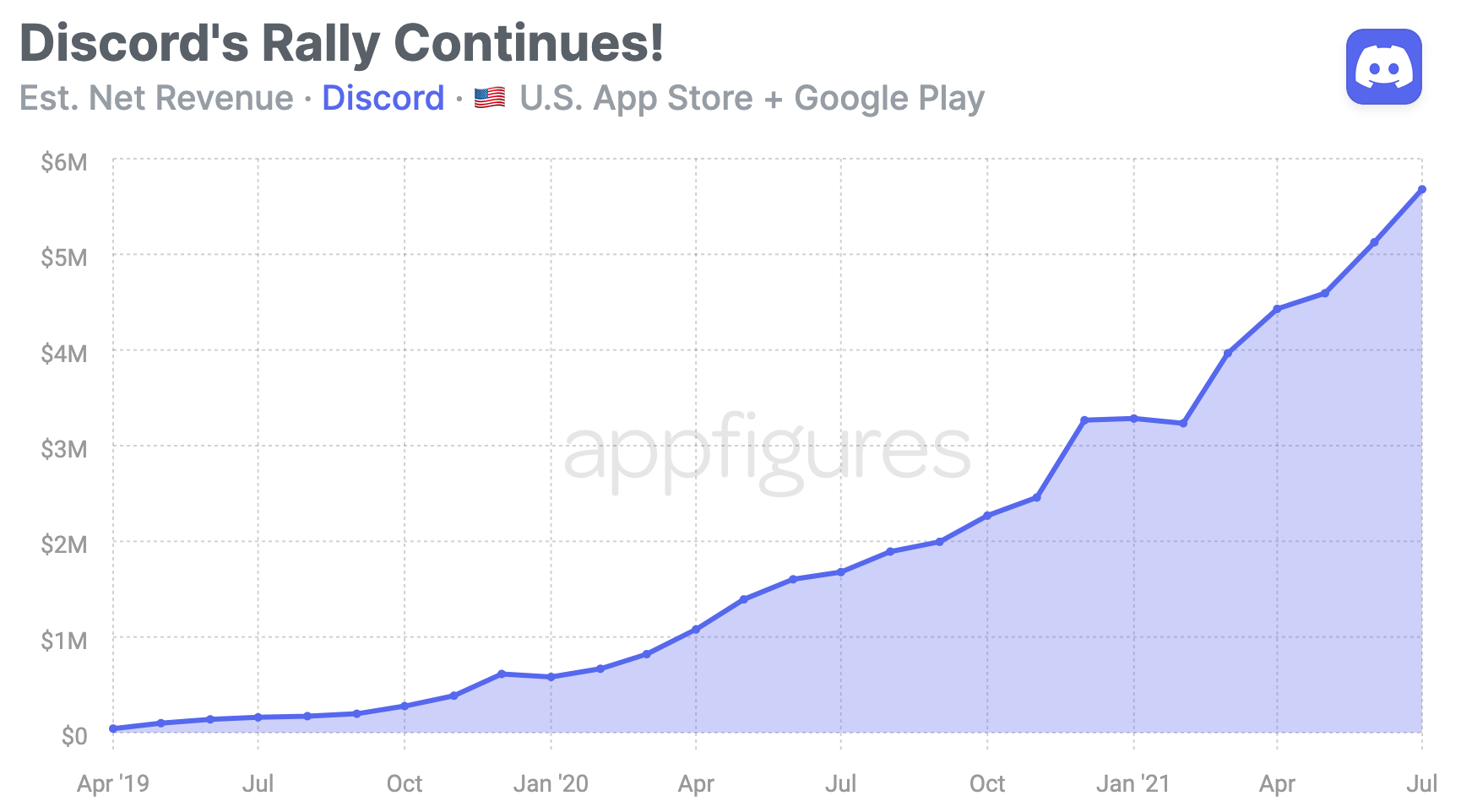 According to our estimates, Discord hauled in $5.7M in net revenue in the U.S. alone, from iOS and Android users in July. That's up 12% from June's haul, which was 11% higher than May. I can go on, but I'll save you the number game—the trend is very healthy.

That's a big deal! Discord operates in a sector that, for the most part, is competitor-free. Slack might have the features but isn't at all aimed at the same crowd. Microsoft Teams? Even less so. Unless something big happens, and I can't see how, Discord's popularity has cemented itself, and as long as they don't mess up, growth will continue.

That's an IPO I'll be waiting for, even though I'm not a real gamer.