This is a single insight from This Week in Apps #88 - It's All Changing.... Check out the full article for more insights.

DoorDash, the most downloaded food delivery app in the U.S., is going to Europe (and other countries). They're going to do that by acquiring a European food delivery company called Wolt.

While in the U.S. DoorDash has the upper hand on rival Uber Eats, internationally that's exactly the opposite. While DoorDash is available in a few other countries, such as Japan and Australia, Uber Eats is available pretty much everywhere. From South America to Europe and Asia.

By buying Wolt, DoorDash will be able to get a leg into the international race quickly.

Let's see where DoorDash will go by looking at the top countries Wolt is being downloaded in: 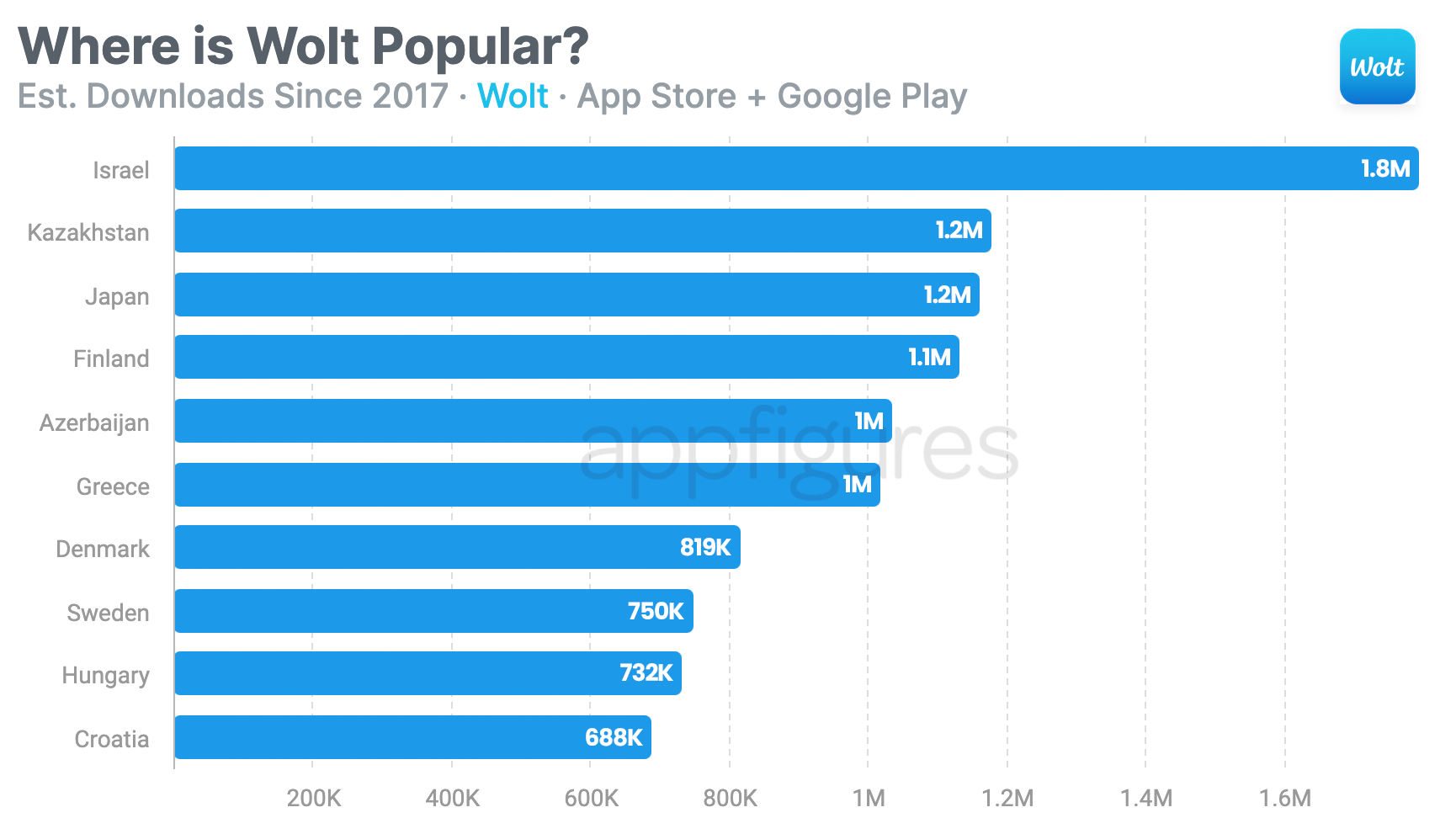 Israel is Wolt's biggest market according to our estimates, with 1.8 million downloads there since 2017. The country's population is just about 9 million, which means it's pretty hard to beat. Kazakhstan is right behind it, followed by Japan, Finland, Azerbaijan, and Greece.

That's a combo of countries we don't see too often.

The acquisition was all paid in stock, which means DoorDash wanted Wolt, but not that much. And when we look at the absolute numbers, it becomes clear why. They're pretty small.

But that doesn't really matter. Wolt won't give DoorDash that many users ready to buy, but they would give them the operation needed to expand in those countries, and in the case of smaller countries like Israel and Greece, a bigger user-base than that of Uber Eats.