The Highest-Earning Apps in the U.S. this December

What's more interesting than downloads these days? Revenue! In addition to looking at downloads, I also rounded up the highest-earning apps in the U.S. (not games, that's next week) to see if it's any different than November's. 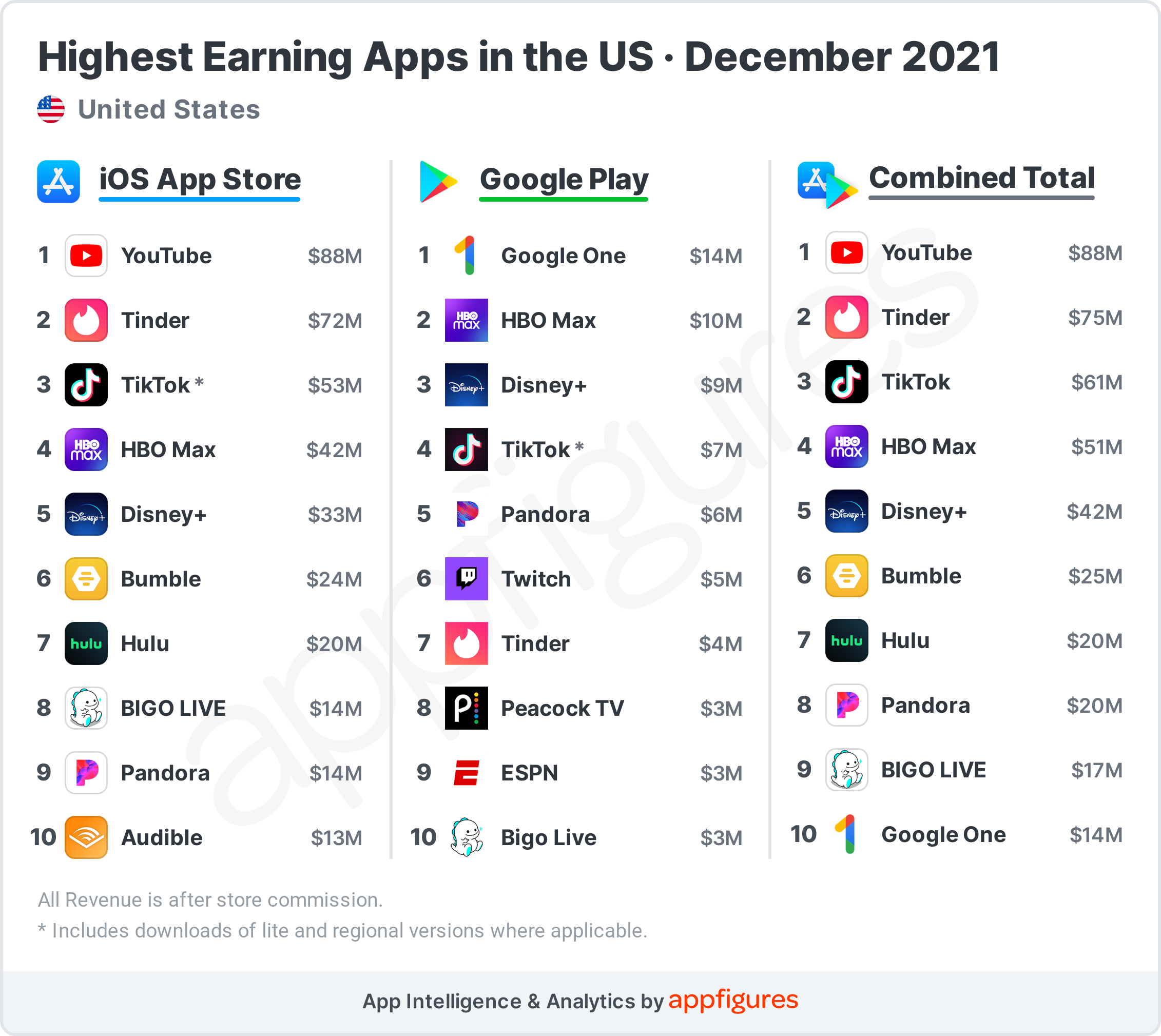 Yes and no and a small maybe...

YouTube was the highest-earning app in the U.S., earning $88M of net revenue, according to our estimates. And that's only from the App Store because it's charging directly on Android. Massive!

It regained the top position after Tinder took over for a couple of months, pushing Tinder into second place with a massive haul of $75M net revenue, according to our estimates.

TikTok was right below it, but I expect this is the last month we'll be seeing it that low in the list. More on that below.

Streamers took the 4th and 5th places, which I found a little surprising. But box office revenue has gone way up which may signal a shift in the trend I talked about a few weeks ago and the need for even more attention to user acquisition.

Together, we estimate that the 10 highest-earning apps in the U.S. brought in $414M of net revenue from the App Store and Google Play, and that's after they paid Apple and Google their dues in December.