This is a single insight from This Week in Apps #106 - Playing with the Big Boys. Check out the full article for more insights.

HBO Max continues to expand outside of the US. Earlier this month, HBO started streaming in 15 countries in Europe, which means it's now available in 70 countries worldwide.

Now that it's been out in those countries for a few weeks, I was curious to see how many downloads those new countries are contributing, and here are the top 10 by total downloads so far: 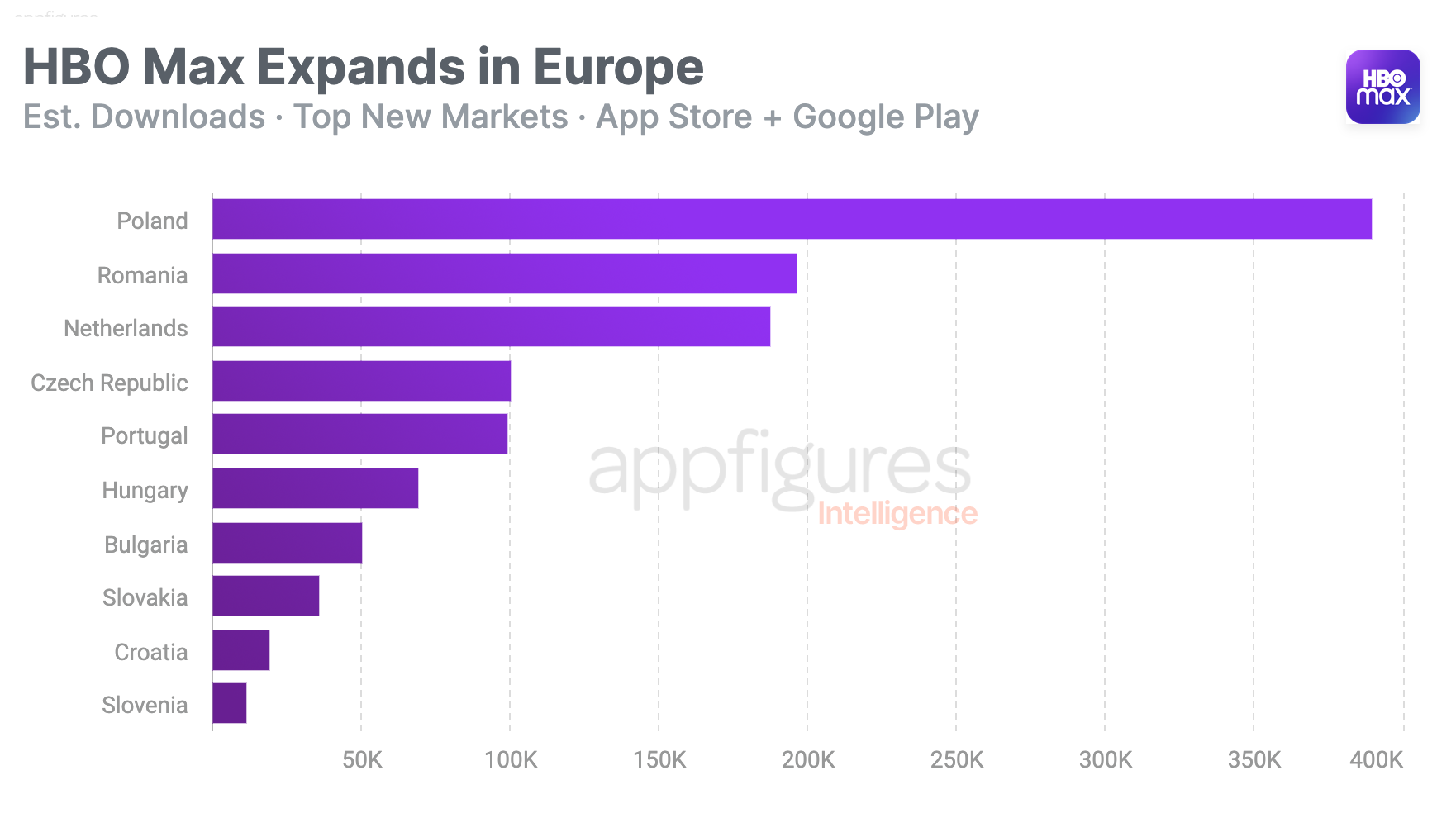 The list, which we estimate to have added more than a million new downloads between 3/8 and 3/22, is led by Poland, which added 390K downloads, or roughly 33% of those new downloads. Romania was right behind it with 196K downloads, and then the Netherlands with 188K downloads, according to our estimates.

HBO Max's expansion rivals that of Disney+, which is growing globally as well and is expected to become available in 42 countries this summer. That's a biiig batch!