How Much Did the Superbowl Earn Peacock?

This is a single insight from This Week in Apps #106 - Playing with the Big Boys. Check out the full article for more insights.

The Superbowl was a great opportunity for Peacock, NBC's streaming app, to get new users. And it did, which isn't surprising. But downloads are only half the story in the streaming game.

The other is revenue...

Did those downloads pay up? 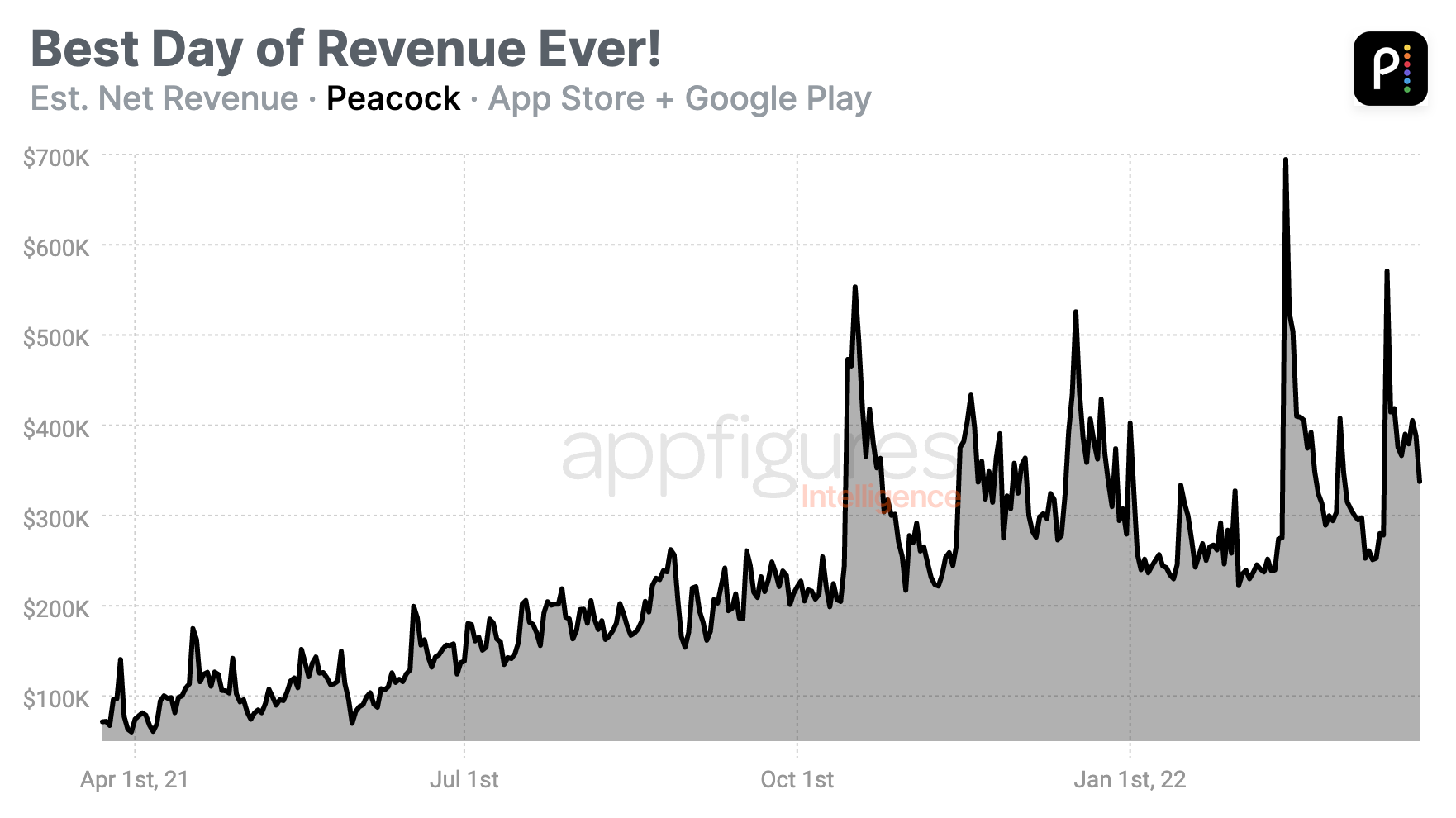 Yes, they sure did!

The Superbowl was Peacock's biggest day of revenue since the app rolled out, according to our estimates. We estimate that on that Sunday, Peacock broke its record for single-day revenue, earning $695K of net revenue.

What's even more interesting, and the reason I'm bringing this up now, more than a month later, is that it looks like many of those subscribers continued their subscriptions into March, something that wasn't entirely guaranteed given Peacock's performance and subscriptions churning very fast.

We estimate that roughly 20% of those new subscribers churned, or, canceled their subscription in March, which may sound like a lot, but so far seems to be one of Peacock's more successful campaigns.

Although it's HBO Max and Disney+ that lead this pack, Peacock and rival Paramount+ seem to be growing up and becoming the "next" go-to pair.