CNN Joins the Streaming Race, But Slower Than Expected

After lots of talk and preparation, CNN finally launched a paid/premium streaming tier into its mobile apps this month.

There was a lot of hype and speculation about CNN+ before it launched, so now that we have a week of data, let's see how it performed. 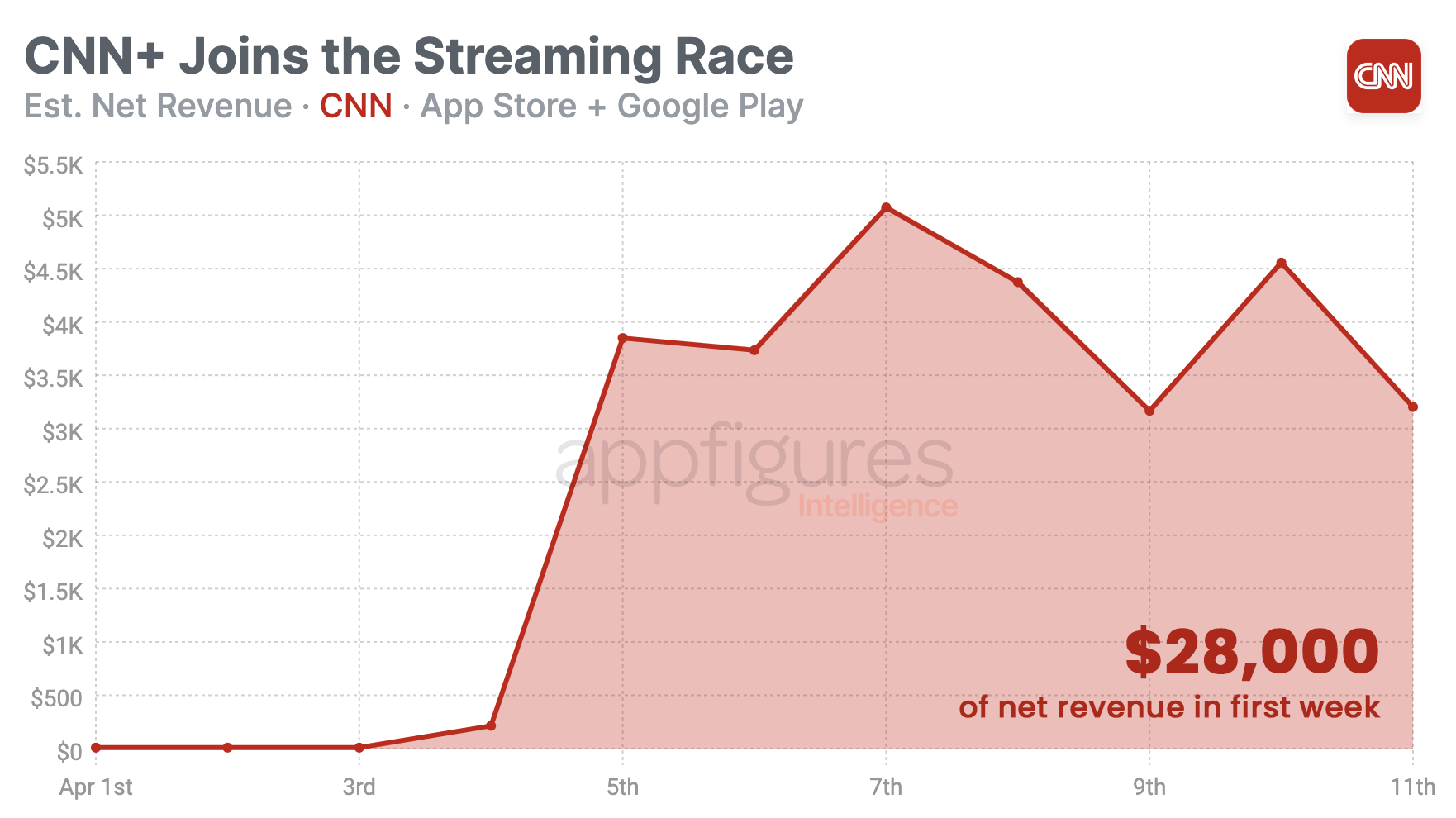 CNN+, a $5.99/mo. subscription, has been added to CNN's mobile app on the App Store and Google Play as an in-app purchase, which means we can use our App Intelligence to back out new subscribers.

Dividing the total revenue and the subscription cost gives us a little over 5,800 mobile subscribers in the app's first week.

This is a rough calculation, so the number is likely a bit higher because the app offers a free 7-day trial and also a lower cost for paying annually. But it's not off by that much.

Was that the performance CNN was hoping for? Not really. A great reminder that the streaming race is not just about brand recognition but really is about content. When content within the CNN+ section of the app becomes engaging enough, more people will subscribe. Much like when a new movie is released on HBO Max or Disney+

Speaking of those two - they have something CNN doesn't. Downloads.

Downloads, which aren't exclusive to CNN+ because it lives within the main CNN app, have decreased a bit in April. Just kidding, they were down by a lot! 56% from the same period in March for a difference of roughly 100,000 downloads, according to our estimates.

To me that says the current CNN+ subscribers are people who already had the app and are users. Not new users that were attracted to CNN+

That's both good and bad, but in the long term, that's just bad, so I expect to see more content going into the free side of the CNN app in the near future to get more traction. Specifically, traction that isn't only fueled by current events.

A challenge for a news app, but it's not impossible.