What's With These Widgets Going Viral???

Another week, another widget shooting to the top of the App Store. Wait, I definitely said that recently. Yes, yes I did...

LiveIn, a home screen widget that lets your friends share pictures, has taken over the US App Store. 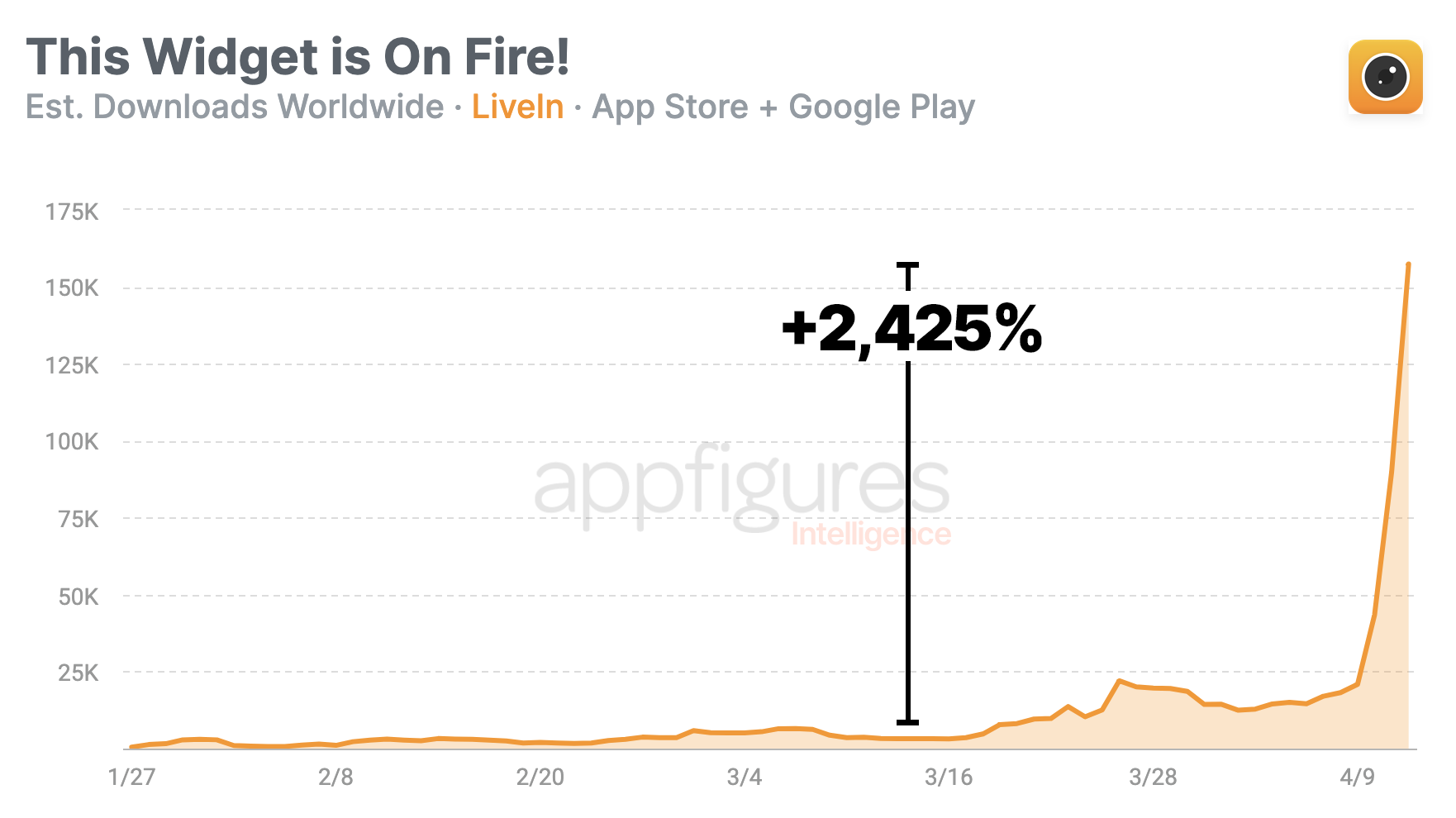 Downloads across the App Store and Google Play, which averaged just 3,000 per day in March, according to our estimates, jumped to nearly 160,000 on Tuesday. Up nearly 2,500% within a few weeks. That's a lot for a widget that's only a few months old.

The US had the most downloads, but Saudi Arabia was right behind it, with Brazil and India in 3rd and 4th places.

LiveIn's widget idea isn't novel. A few months ago, LocketWidget rose to the top of the App Store, doing exactly the same thing. I looked at LiveIn's release date and guess what? It came a few weeks after LocketWidget hit peak downloads.

Coincidence? I think not. Inspiration? That's more like it. Since taking off in early January, LocketWidget was downloaded more than 11,000,000 times from the App Store, according to our App Intelligence. And that's after it lost its top spot.

LiveIn's rise is a reminder you don't have to be the first to an idea to be successful. It doesn't mean LiveIn will be successful, but for now, the opportunity is there.