Hulu's Revenue is Exploding While No One's Looking

I talk about streamers all the time, and I almost always focus on the big names–HBO Max and Disney+. They're popular, they have great attractive titles, and they usually dominate the charts.

But while that's all nice, there's another streaming service that's been around longer and has grown tremendously that's rarely talked about. I'm not sure why... 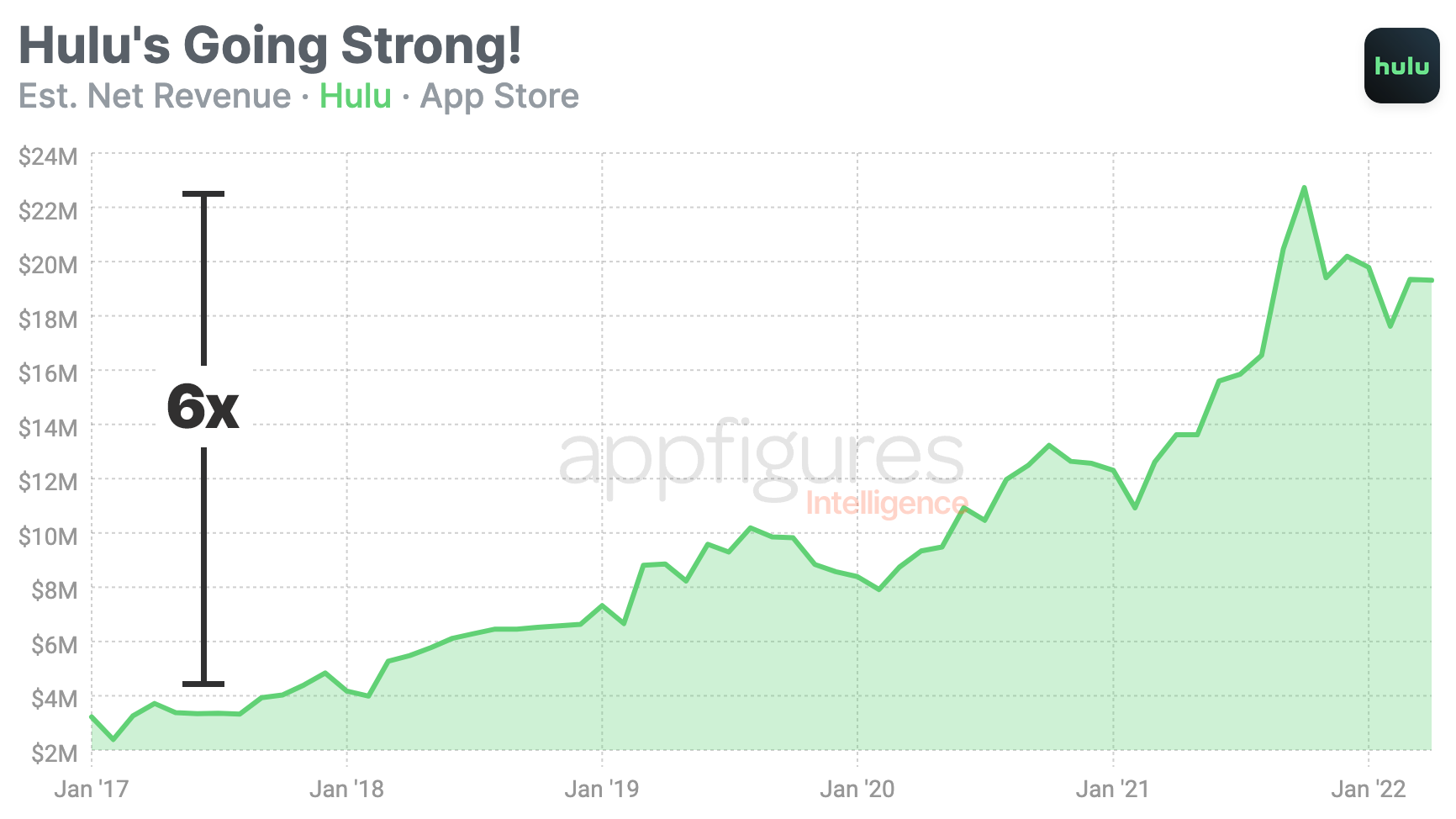 Hulu has been one of the highest earning apps in the US for as long as I can remember. It's been making money from streaming way before Disney+ and HBO Max even existed.

How much money? In 2017, Hulu's net revenue from the US App Store was around $3M per month, according to our estimates. I'm only including App Store revenue because it uses in-app purchases, which we can estimate, on the App Store but not on Google Play.

Fast forward to 2021, when Hulu had its best month of revenue, and that monthly total climbed to $23M of net revenue. Net means it's what Hulu gets to keep after paying Apple its 30% fee. That's an increase of nearly 700%!

The numbers slowed down a bit, and Hulu ended April of 2022 with $19M of net revenue, according to our estimates. Less good, but overall still a great achievement for the streamer.

What Hulu has that's different from other streamers is its catalog of content. Netflix's catalog has dwindled over the years as it shifted to streaming more exclusive content, which ultimately took a toll on revenue and growth. Hulu's is going strong, mixing in some exclusives with a whole lot of familiar titles.