Johnny Depp is in court, and an app most people didn't even know existed is having a great couple of weeks. 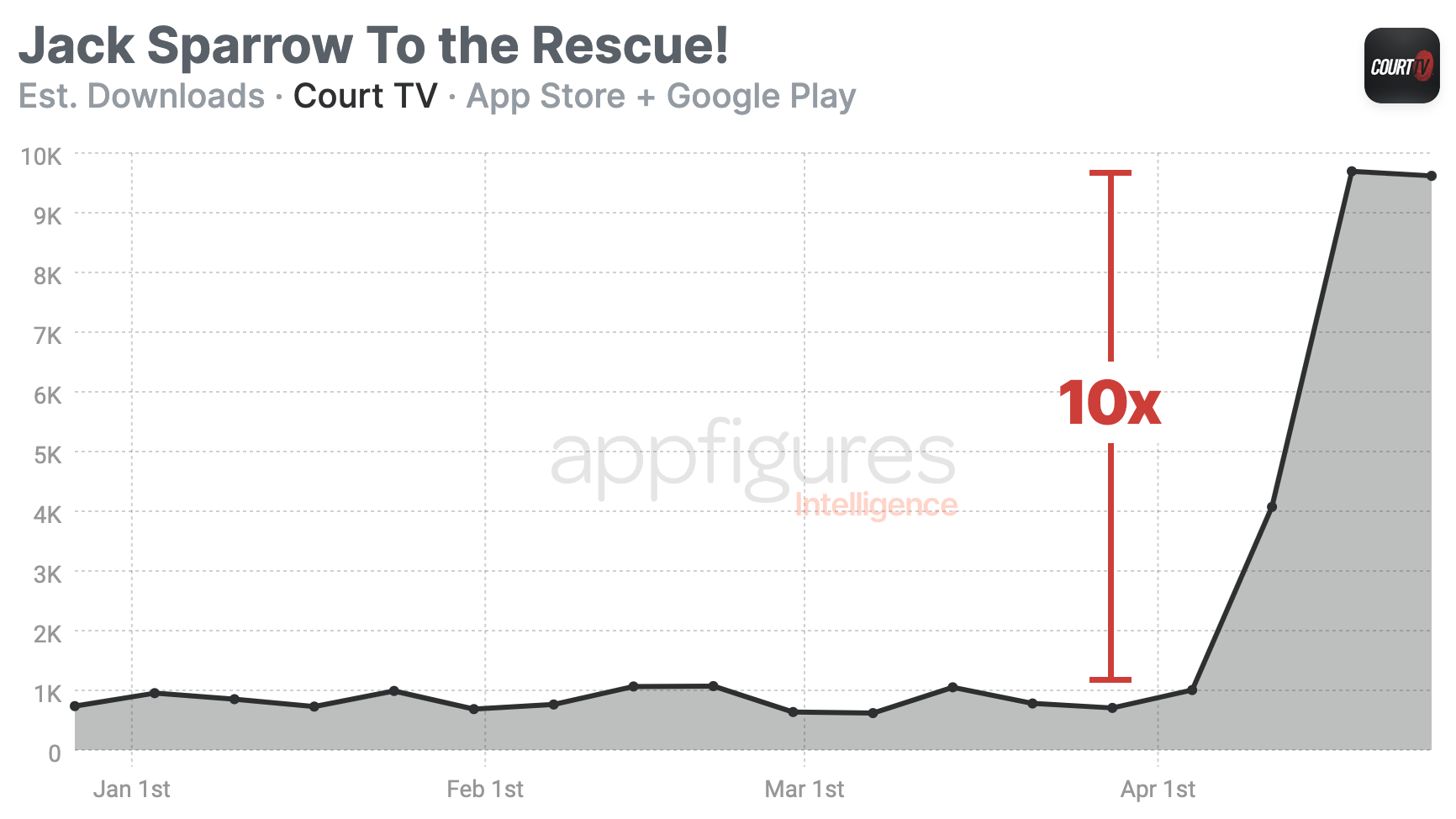 The reason? Captain Jack Sparrow is suing his ex-wife for defamation, and the whole thing is streaming on Court TV's app. Unlike the movies, this trial isn't too exciting, but it's got a bunch of celebrities, Johnny Depp, and, more importantly, a glimpse into the life of the rich and the crazy. It's hard to say no to that.

10,000 downloads isn't a lot by any stretch (HBO Max sees that in about an hour), but it's a massive gain for an otherwise unknown app and another reminder that streaming is quite officially main-stream. No pun intended. Well, maybe just a little.