Remember Wordle, the simple word game that took the internet (and eventually the App Store) by storm back in January? If so, you probably also remember the "other" Wordle, a mobile game with the same name created back in 2016 that became the most downloaded game in the US for a while.

Well, fast forward a few months, and the sensation is somewhat over. The New York Times acquired the official web game, and downloads of the other Wordle were on the decline.

But then ad network AppLovin decided it was time to get busy and very quietly acquired Wordle. So quiet most news outlets that would normally notice immediately didn't even realize until about a month after. 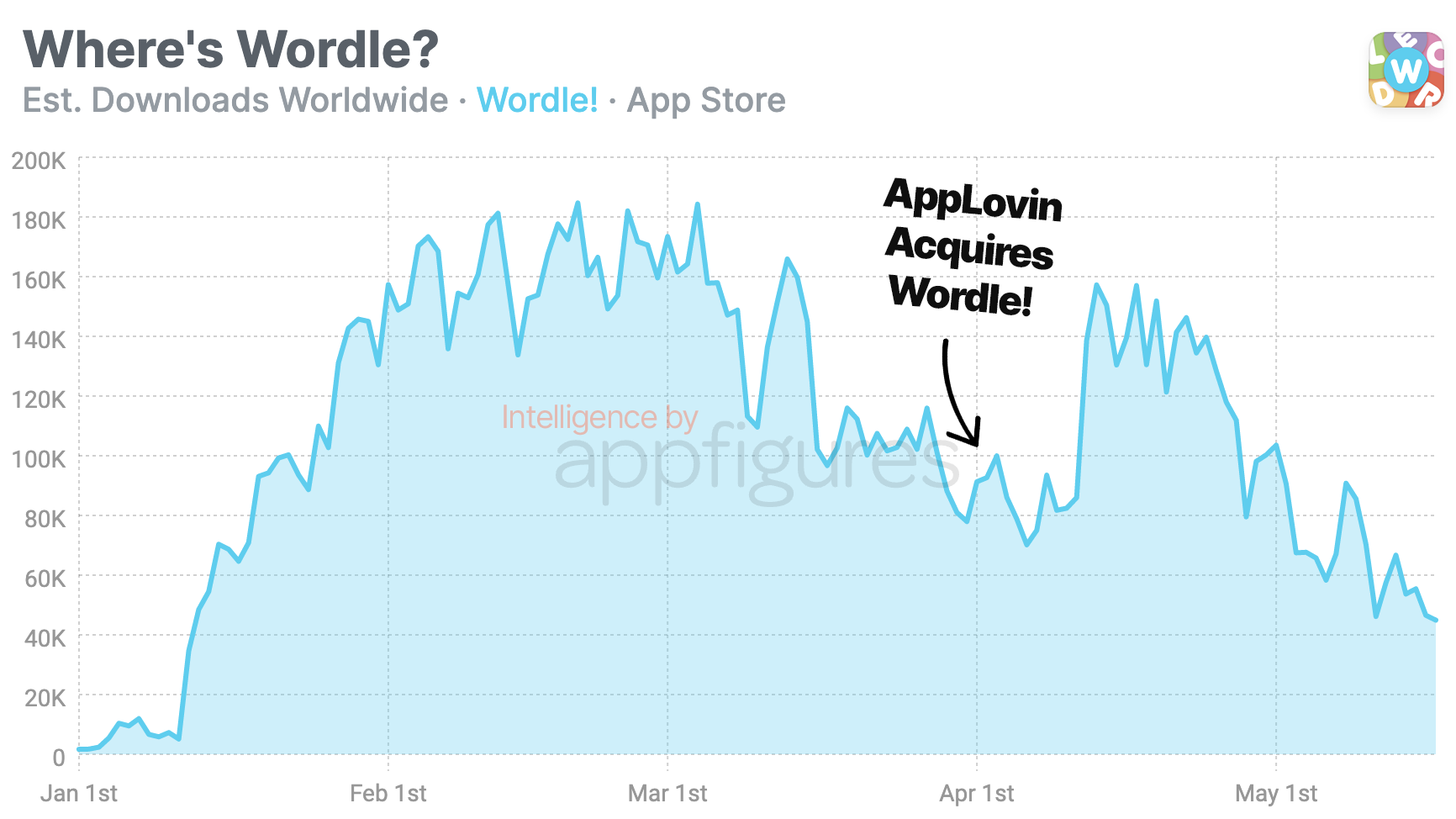 Let's have a look at downloads! I'd normally look at revenue to answer such a question, but AppLovin is an ad network that cares about eyeballs for its ads.

The game changed hands in early April. Although both the developer and AppLovin were very quiet about the transaction, looking at when the app's publisher name changed in the App Store gave it away. And by April, it was obvious demand was shrinking fast.

Daily downloads, which got close to 200,000 almost every day for all of February, got cut to less than half by the end of March.

A great time to get out if you're the developer and can make a chunky exit, and potentially a good time for an ad network with infinite ad spend on a still hot topic.

As soon as the game changed hands, downloads spiked and remained high for a few weeks. But the sharp increase was met with a sharp decrease. If you're thinking, this can't be organic, you're most likely correct. I think this was pure ad spend.

What surprised me is that after the sharp decline, there were no more ads, or not enough at least to sustain downloads, and the decline from March continued at pretty much the same rate. If you squint, you can see the trend from March continuing as soon as the ad-supported bump ended.

So, was it worth it? I don't think so, but I can't really fault AppLovin for trying. Who knew the trend would end as abruptly as it started?