Earlier in the week, Buy Now Pay Later leader Klarna announced it's letting go 10% of its workforce due to shifting market conditions. That led me to look at this, which was one of the hottest just six months ago.

Well, don't let the news bring you down because, looking at downloads, it hasn't cooled down just yet. And there's one clear winner. 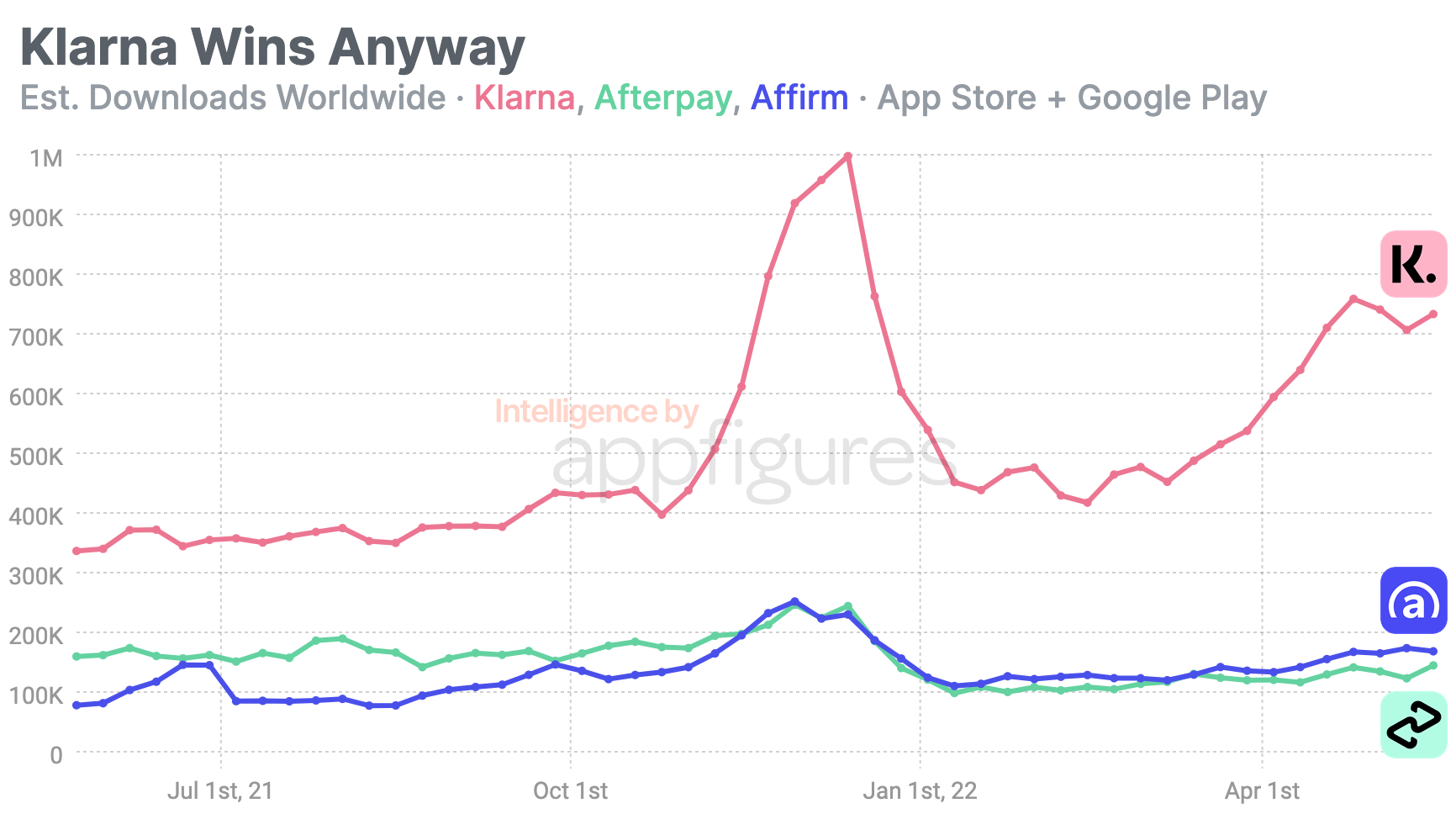 Klarna's downloads actually grew a lot in 2022. In fact, they're now at the highest they've ever been for the off-season (aka. not Christmas).

Our estimates show that Klarna has seen more than 700,000 downloads every week for the last few weeks. The most for this time of the year, and not by a little. And to make things even nicer, that's an increase of more than 64% from January of this year.

Looking back even further, it's pretty clear that this level of growth is new for Klarna.

Side note: There are many who really dislike the BNPL concept. It's a common response I get when I talk about it. I'm not saying it's good (or bad) here; I'm just sharing interesting data._

Now, I don't think Klarna's decision to tighten expenses is a mistake. The downloads paint a nice picture but looking at Klarna's competitors, things aren't looking nearly as nice.

Affirm and Afterpay, Klarna's most popular rivals, have seen much less growth in 2022, and are both getting fewer downloads on a weekly basis, even when combined.

Like many other industries we've seen normalizing this year, BNPL is likely heading in that direction as well. An important component for success for these apps will be partnerships and not just direct downloads, but that's also the difference between an occasional user and a loyal one.