This week I crunched the numbers and ranked the most downloaded apps in the world in May. Let's look at the list, which is much like April's but with higher numbers. 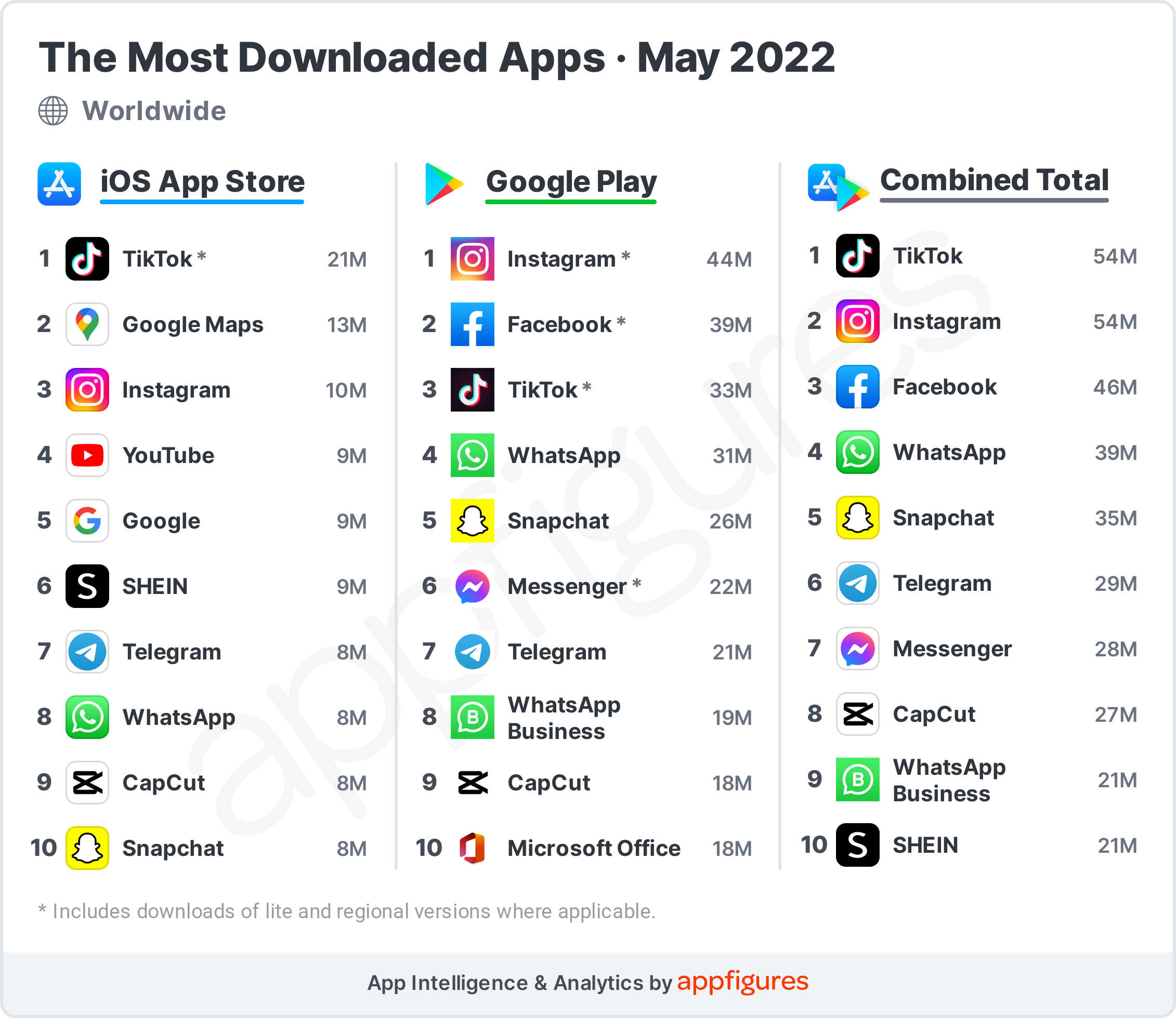 TikTok was, again, the most downloaded app in the world, making its way into 54 million new iOS and Android devices worldwide while still being banned in India.

Fun fact: TikTok has been the most downloaded app in the world every month so far in 2022.

Unlike in previous months, second place Instagram almost matched its downloads. When you round to the nearest million, which is what we do in our graphics, you end up with 54 million downloads for it as well.

That's the first time Instagram got so close to TikTok this year, and a possible sign that it could eventually regain the lead. Maybe. We'll see.

Meta's trio, Telegram, Snapchat, Messenger, and WhatsApp Business make up much of the list, oh and let's not forget constant Capcut. This month there's a new entrant to this list: fast fashion shopping app SHEIN.

SHEIN has seen demand grow a lot in 2022, something I looked at in episode #110. I have a feeling we'll see more of it this summer.

Together, the top 10 most downloaded apps in the world made their way into 353 million new devices in May, according to our estimates. That's a bunch more than April if you're comparing. Actually, the most this year.