This week I crunched the numbers and ranked the highest earning apps in the US for May. And in May, something interesting happened... 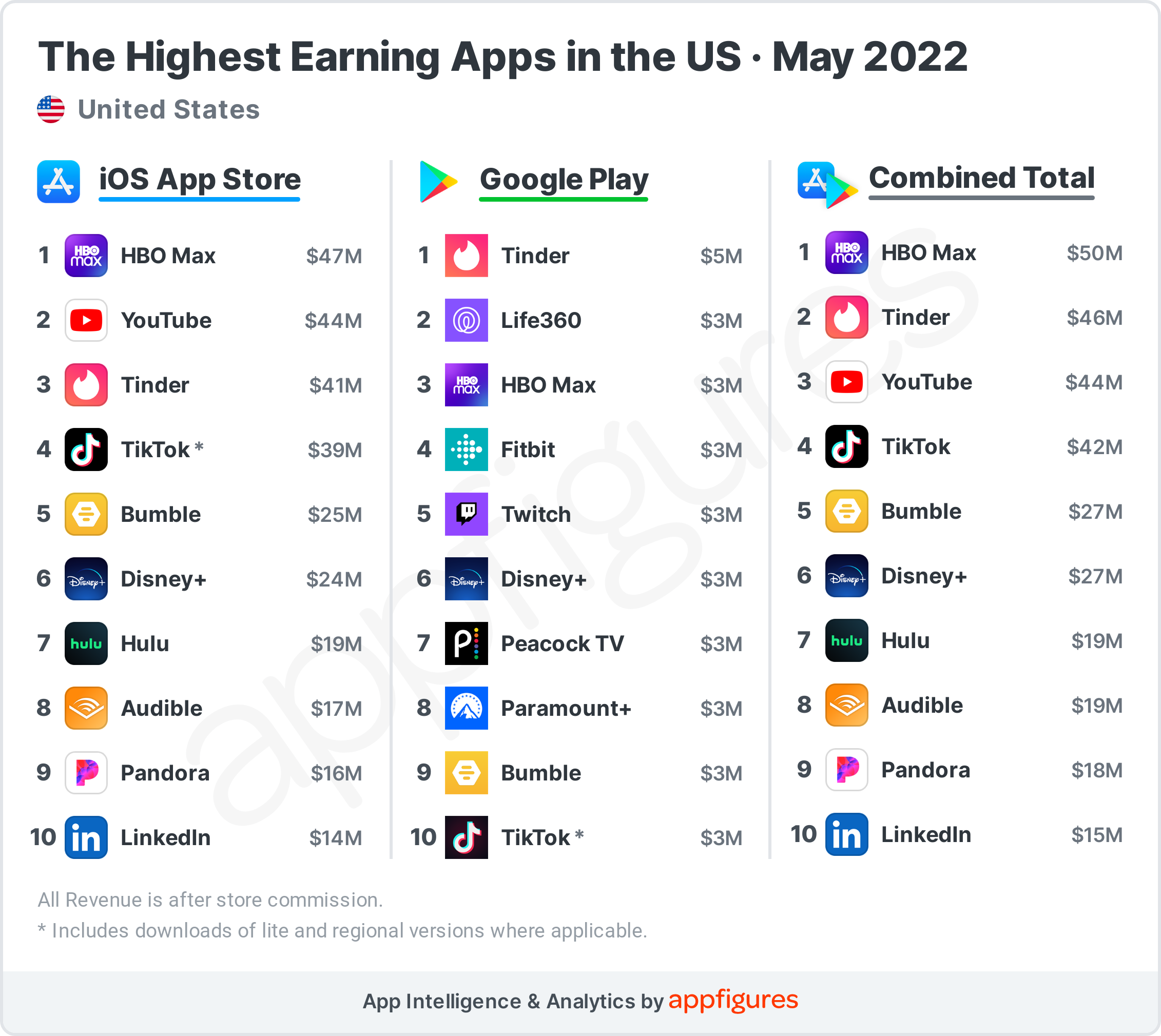 TikTok wasn't the highest-earning app in May. First place went to HBO Max, which earned $50 million of net revenue from the US, according to our estimates. Tinder and YouTube were behind it, and only then TikTok.

If you look closely, you'll also notice LinkedIn made its way into the top 10 for the second time this year. That I didn't expect!

With that out of the way, there's not much different if you compare this list to April's. Same apps. Same numbers. Almost a full copy. And I don't mean to say it's boring, but rather that what earns is still streaming. For now.

We estimate that the top 10 earners brought in $309 million of net revenue in May from the US. That's almost the same as April's haul, though a tad bit lower. Nothing to write home about.