Snapchat Turns on Subscriptions – But Will They Pay?

Snapchat did it. Last month, the folks at Snap released Snapchat+, a paid subscription that does pretty much nothing. Well, I don't mean to be mean, but it really doesn't... Snapchat+ gives users the ability to become beta testers for new features for a whopping $3.99/mo.

Don't believe me? Check out Snapchat's support page to read it in their language.

When I initially saw this, I expected it to be a total flop. I mean, look at Twitter's numbers... Well, I don't think we can call it a flop once we consider the numbers. Another reminder Twitter could be doing much better, but that's for a different insight. 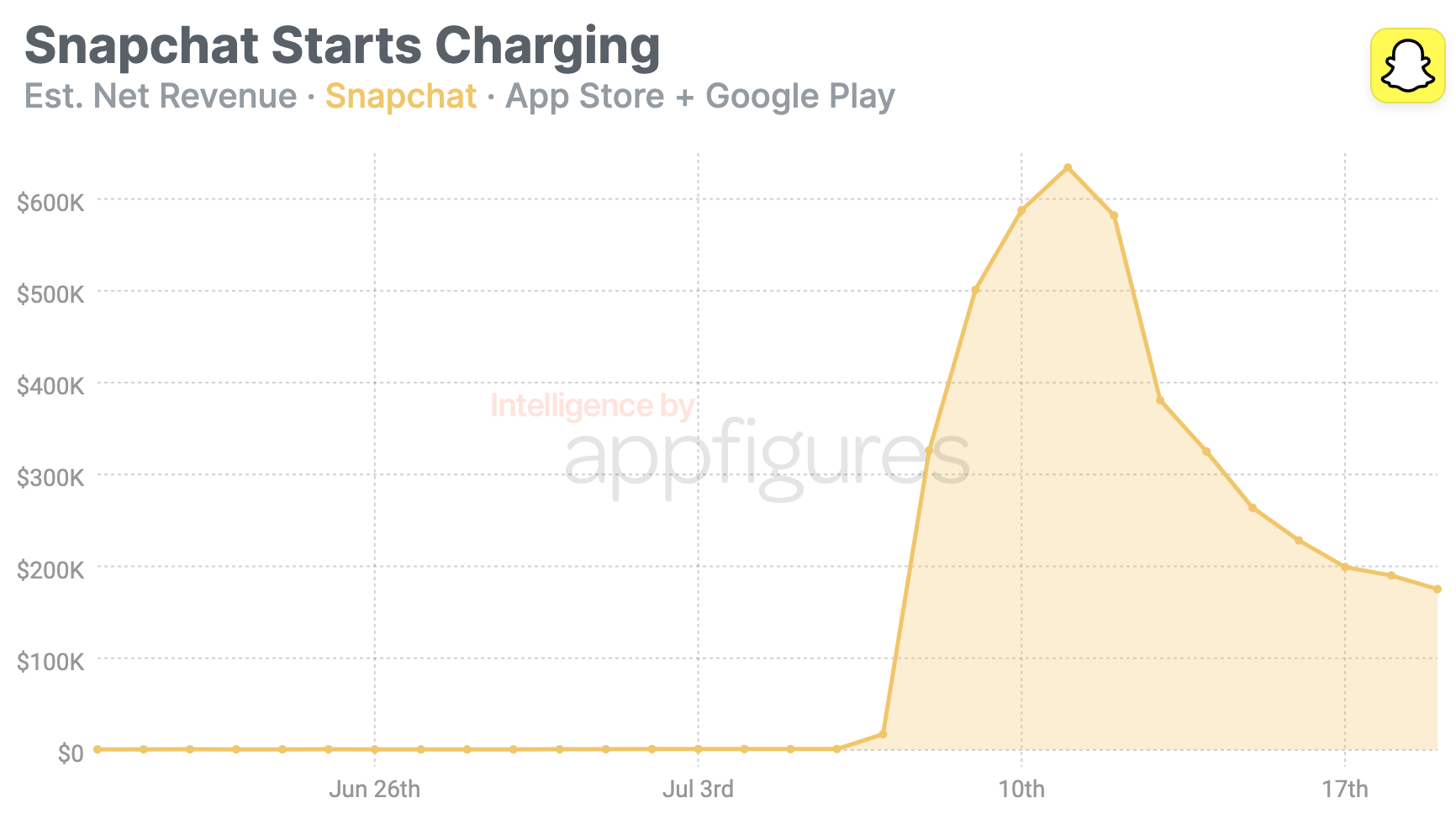 According to our download estimates, Snapchat's new subscription has earned the yellow ghost about $4.5 million in net revenue since being rolled out two weeks ago. That's right, two weeks. And my usual reminder, this is net revenue, which means what Snapchat gets to keep after Apple and Google take their fees.

Speaking of Apple and Google, most of this revenue came from the App Store. I summed the two up in the chart to make it easy to see, but if I hadn't, you'd barely see the line denoting Google Play. If you prefer numbers, Google Play accounts for roughly 4.5% of the total.

But wait, we're not done just yet. We know the cost of the subscription, and we know the total, which means we can estimate the number of beta testers Snapchat has added with Snapchat+! That calculation means Snapchat+ has 1.6 million paying subscribers right now.

Snapchat has a very unique user base. It's what carried it all these years while it fumbled many opportunities. That user base is still excited about the app, enough to pay to see its future faster. As silly as I think charging for this is, I applaud Snapchat for trying and succeeding.

If you're a Snapchat+ user, do you think it's worth it?