A few weeks ago, Diablo Immortal, the mobile version of the game that shaped many childhoods, hit a new milestone.

It did it faster than another childhood favorite (for the younger generation), Call of Duty, which launched back in 2019. 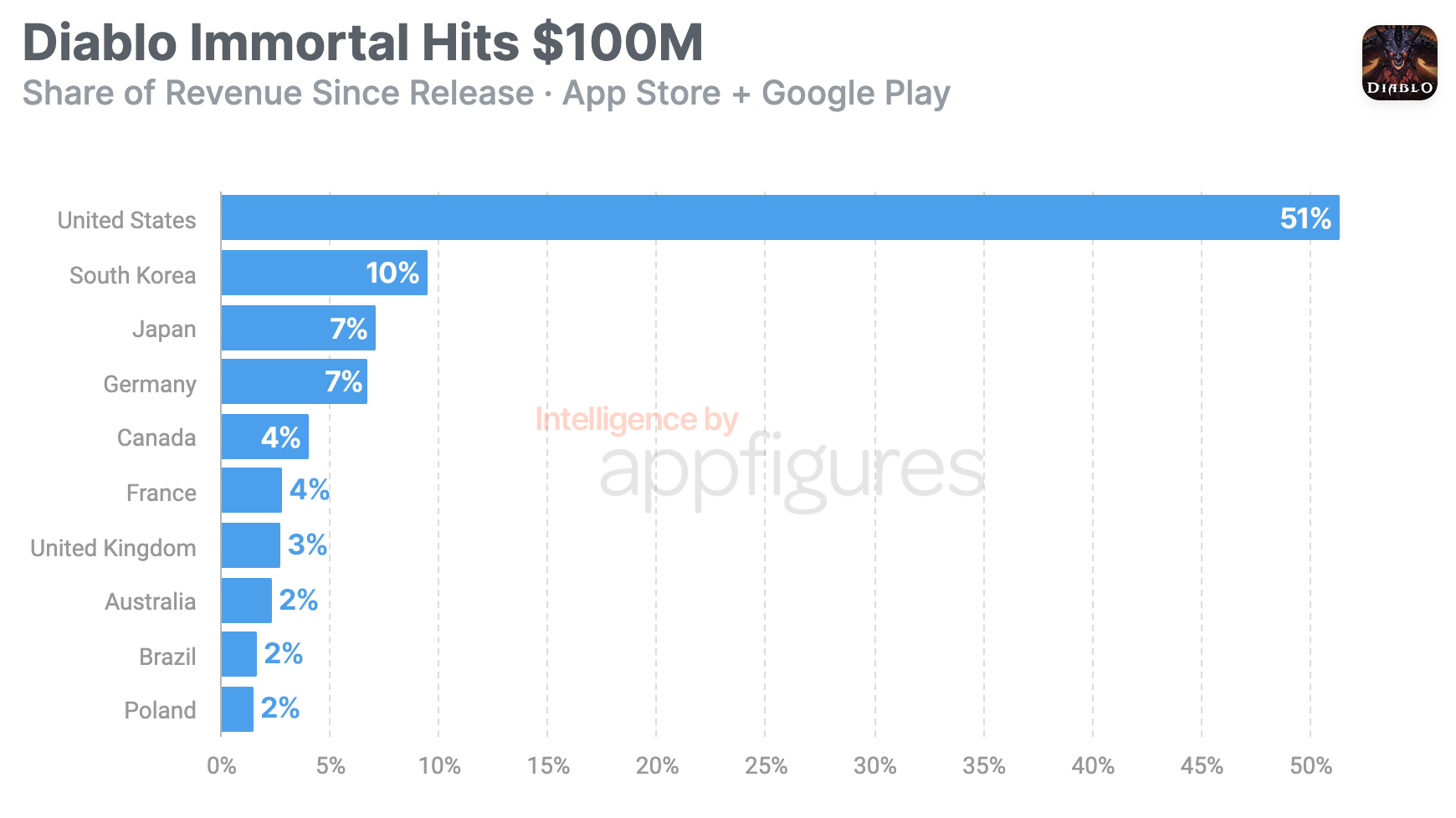 According to our App Intelligence, Diablo Immortal's gross revenue reached the $100M mark on August 5th, 66 days after the game's official rollout in June of this year.

Call of Duty took 142 days to reach this goal. More than twice as many days!

Looking at where downloads are coming from, the US is in the lead with 51%. South Korea contributed 10% to this total, and Japan added another 7%.

As for platforms, unlike many apps and games I've looked at recently, Diablo Immortal drew a similar amount from both platforms. Wild. I know! But that's not all. Google Play actually drove more revenue for the game. Just a tiny bit more than the App Store, at $51M vs. $48M of gross revenue, according to our estimates.

And this is gross revenue, meaning before Apple and Google take their fee, the opposite of what I usually look at.

Normally, such even revenue would be a surprise, but considering how engrained Diablo is into the lives of most people who had a computer in the 90s, I find this normal and somewhat expected.

The real important bit here is that there isn't less money on Google Play. It's just harder to get.