Peacock's Revenue Continues to Grow, But Not as Fast

Streaming apps are in a weird place right now. The last few years have been very kind to those who tried, but recently things changed. Movie theaters are trying to get people in seats again, and that led some streamers like Disney and HBO to skip streaming launches and go back to theaters first.

The entire market has also matured. Streaming is no longer a "new" thing, and because lockdowns are gone, fewer people stay at home as much as they used to.

But! Peacock's revenue continues to grow. 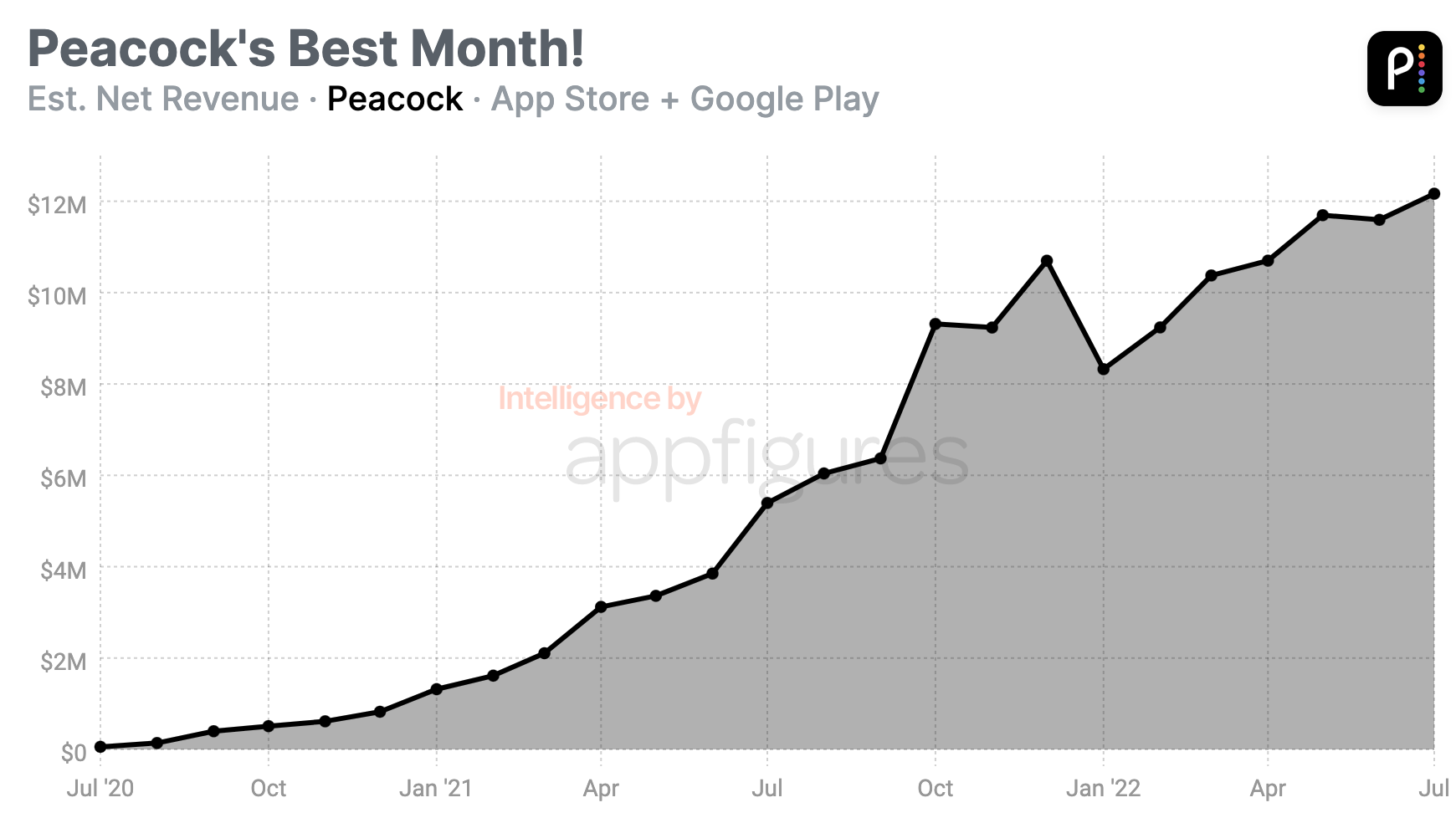 According to our estimates, Peacock's revenue continued to grow in July. Even after the tiny dip it experienced in June.

Peacock's monthly net revenue, meaning what they get to keep after Apple and Google take their fee, rose above $12 million for the first time ever.

That's not a surprise considering Peacock's revenue has grown every single month since the app launched in 2020. With two tiny exceptions that are safe to ignore.

In absolute terms, this isn't HBO Max or even DIsney+ revenue, but we have to keep in mind those are very different in many ways.

This isn't great news for Peacock though...

While there is growth, there isn't too much of it. Not enough, in my opinion, for a service like Peacock.

The main reason isn't Peacock, though but rather the market. HBO Max and Disney+ are some of the highest-earning apps in the US because they offer content that rivals movie theaters, which cost more at the end of the day.

For all the nice things Peacock offers, it simply doesn't have that kind of advantage, and that's why the revenue is so different. But that also means that movies going back to theaters won't impact it as much. That's why I expect to see revenue continue to grow at a moderate rate for now.