Why is Amazon Ending Its Telehealth Service?

Amazon announced it's ending its Telehealth service, Amazon Care, this week. This is a big move for a service that was born right before the pandemic - which made telehealth popular and more accepted.

Amazon said the service wasn't complete enough to be competitive, and that's why it's being shut down. But what does that really mean?

Telehealth, which is a fancy name for a doctor's appointment over FaceTime, is best done by mobile phone, so looking at downloads may give us a better idea of what's going on. 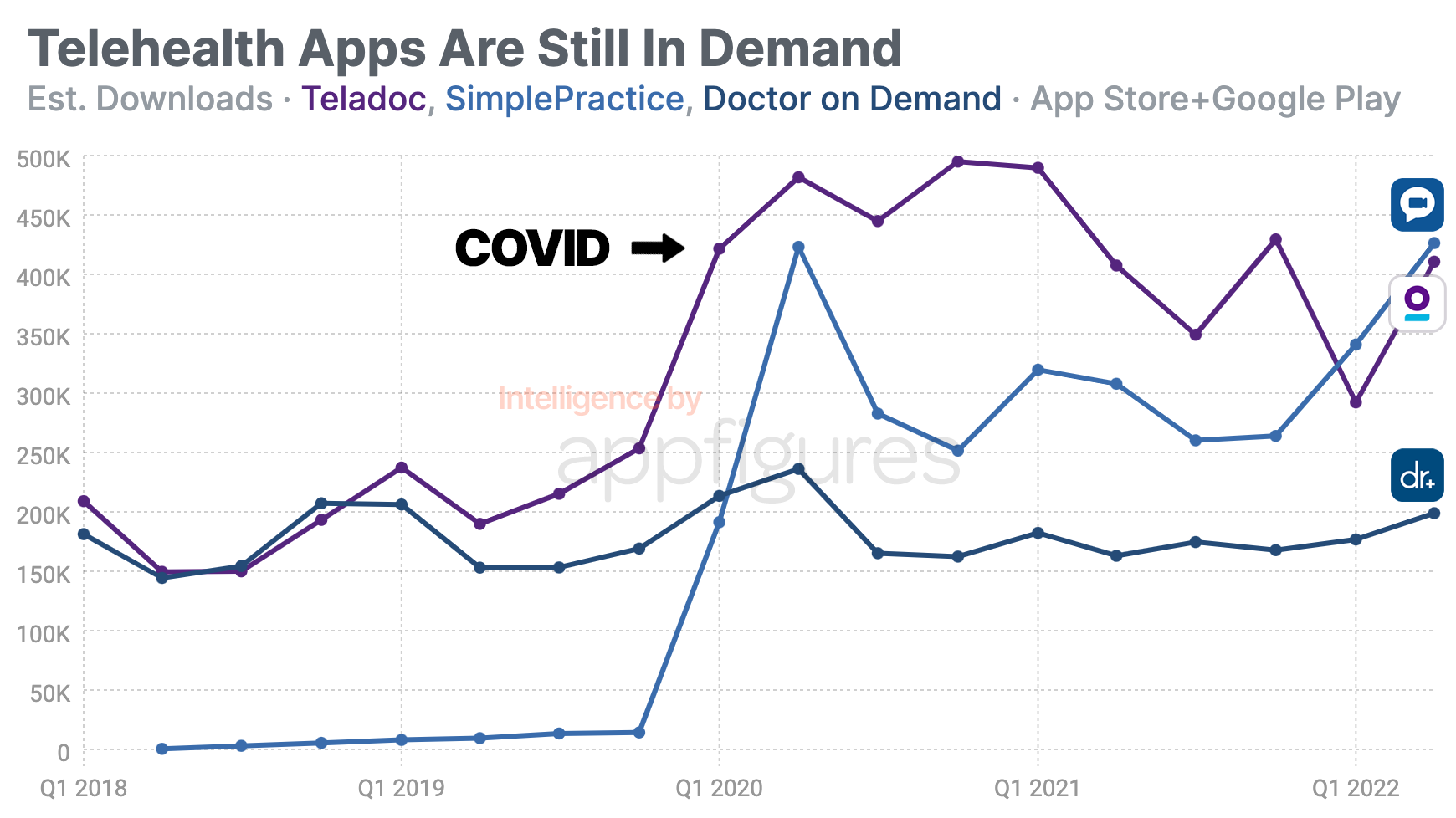 I say that because the trend for the top three, which include Teladoc, SimplePractice, and Doctor on Demand, has been fairly flat for the most part.

And fun find - SimplePractice knows how to do App Store Optimization!

It's clear covid has a massive impact on this space, and that's not something Amazon expected when launching Care back in 2019 for their employees and very large enterprise customers. But, that sounds like an opportunity.

Looking back, SimplePractice saw the most growth in early 2020, going from just a handful of downloads in Q4 of 2019 to more than 423 thousand downloads in Q1 of 2020.

But back to the trend and its impact on Amazon - the rise of SimplePractice and Teladoc has made it very difficult for others to enter the market. We can see that by looking at downloads of Doctor on Demand, which shows fairly flat growth vs. the other two.

Another thing to keep in mind is that the market for telehealth is now fairly large. I chose the top three because we can clearly see the division between the top two and the third, and it makes my point very clear, but there are many many other apps that attempt to compete now.

The bottom line here is that this market, although fairly new, is already dense enough. So when Amazon says their offering isn't complete, they really mean it isn't competitive enough... And if we add the regulatory headache involved, that might be why they don’t want to complete it.