61% of the highest Earning iOS Apps Use Apple Search Ads

Apple Search Ads have become much more popular in the last year, and many big companies have shifted their ad budgets towards spending right in the App Store. What App Tracking Transparency did to all other ad networks probably helped, too.

The obvious question is, "how many apps actually use Apple Search Ads?". Using a new suite of tools we're working on, I can now answer that question, and what my analysis uncovered surprised me a bit. 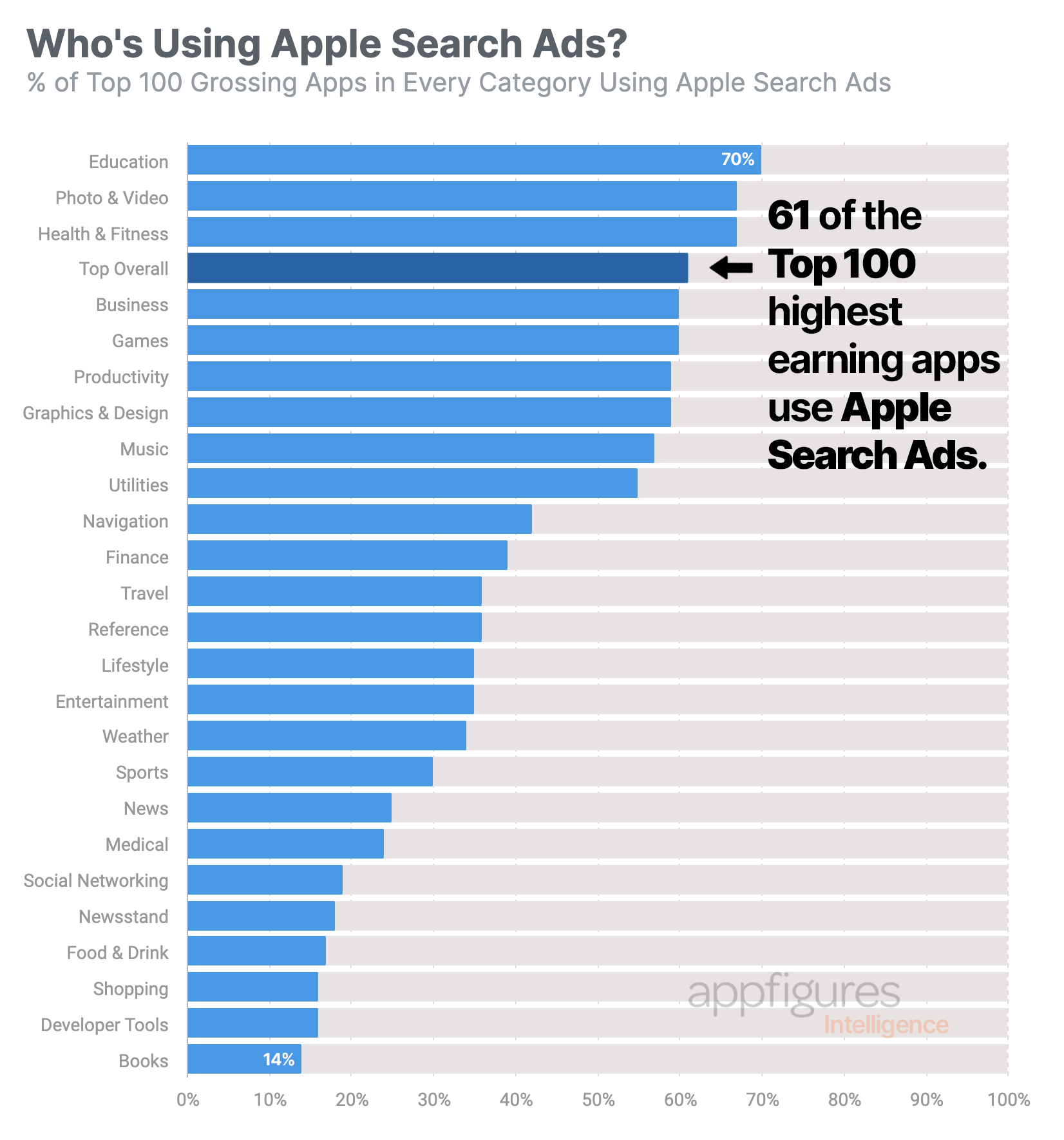 Using data from our Apple Search Ad Intelligence -- a suite of reports we'll be rolling out soon to offer insight into who's spending and where -- I analyzed the top 100 highest earning apps in every category on the App Store and ranked the categories by how many top apps run Search Ads.

Starting at the top, 61% of the top 100 grossing apps use Apple Search Ads.

The category that's currently most "invested" in Apple Search Ads is education, with 70% of the top 100 grossing apps running campaigns. That makes perfect sense considering it's back-to-school season and apps in the category are in demand.

Photo & video and Health & Fitness are right behind, 67% of the top apps in both categories leverage Apple Search Ads.

Business, Games, Productivity, Graphics & Design, Music, Utilities, and Navigation make up the rest of the top 10 in my list.

Some apps have risen in popularity thanks to Apple Search Ads, while those already popular use ads to remain competitive. Which is exactly what ads are good for, and even better for when running right within search results.

Apple has an amazing leg up on any other ad network with these placements and also with its ability to target users. Advertisers don't get access to many targeting features, but I believe Apple has a lot more details under the hood than it's exposing, and we may see some of them in the future.

The reason I suspect they do is because their new placements don't require user interaction and are "magical" in who they show up for. Another name for "magical" is data-based.

There's an entire debate going on around whether it's fair that Apple took away the ability for 3rd parties to target but gave itself full access. Which side of the debate are you on?