Demand for Parler is spiking in the least expected place

Parler's return to Google Play was met with silence with daily downloads in the low hundreds. But this week I noticed downloads spiking.

This spike seems to be very specific and... unexpected. 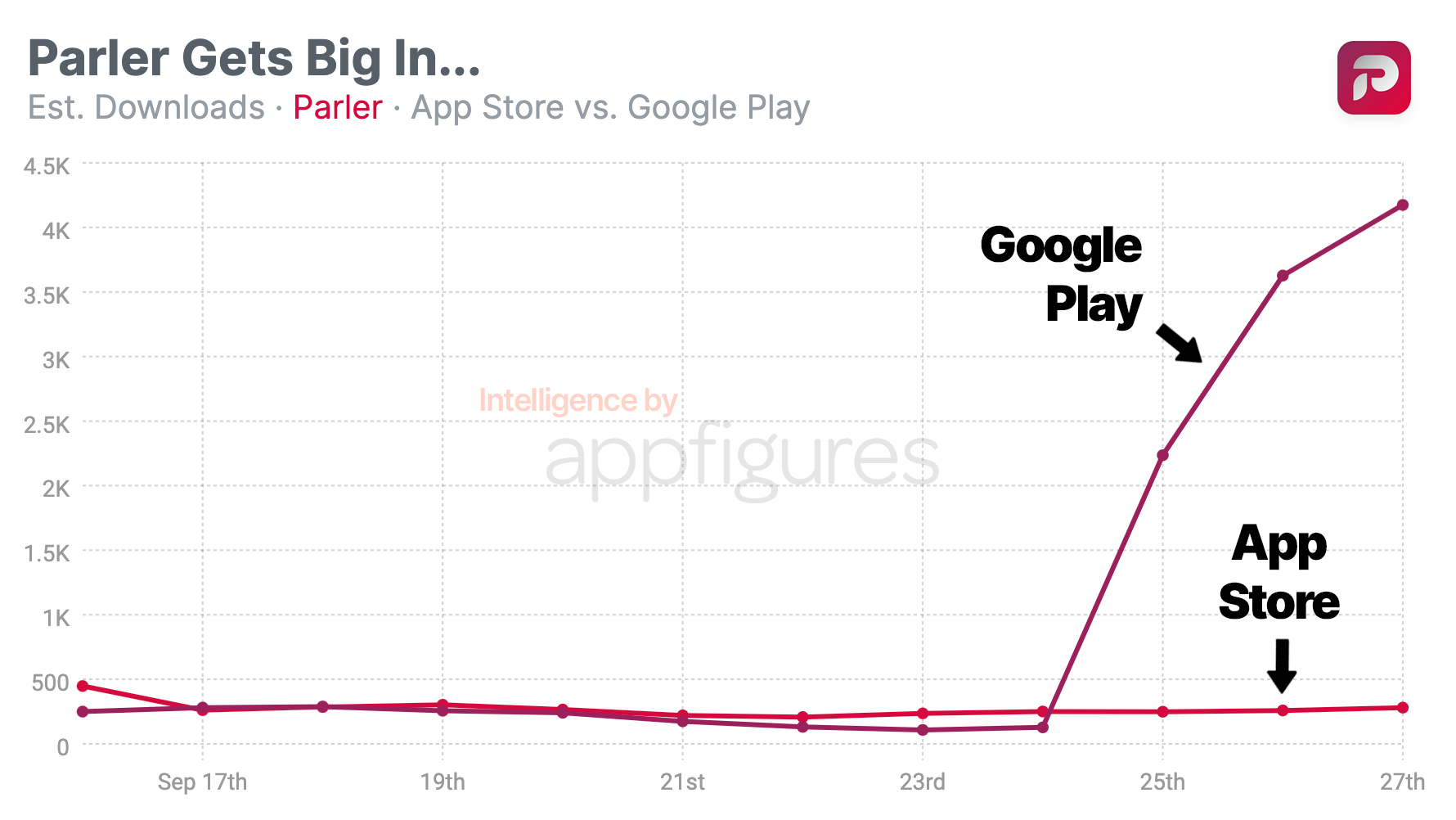 Downloads from Google Play in India started growing last Saturday. Rising from about 100 almost every day last week to more than 4,000 on Tuesday, according to our estimates. The majority of those came from Android users in India.

The App Store, which I kept as a separate line in the chart, didn't move an inch.

I'm not sure why demand is growing in India, where Parler was the 45th most downloaded app on Google Play, but it is interesting to see how specific this demand is.

In comparison, downloads from the App Store haven't gone up at all. In India or in any other country. And downloads on Google Play are pretty low across all other countries, including the US.

So there are no other options. For now.