Hurricane Ian hit Florida this week, wreaking havoc along every inch it touched. Before I get to the data, I hope you were not affected by it, and if you were, that you are safe.

The change in weather caused demand for weather apps to spike, and for some, grow more than 1,700% over the last few days. 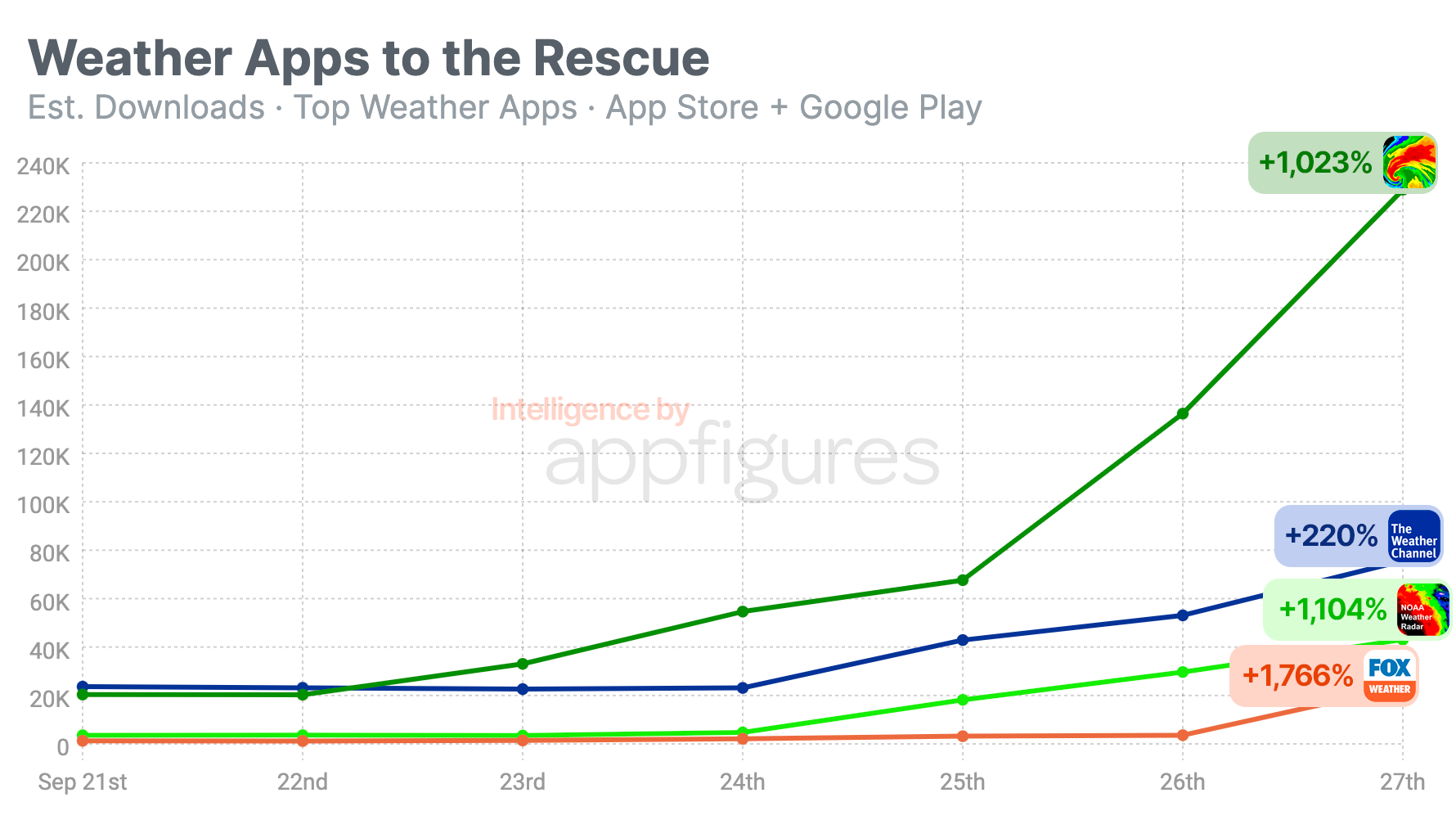 Clime, The Weather Channel, NOAA Radar, and FOX Weather have all seen downloads rise this week.

Combined downloads for the group hit 1 million in the last seven days. That's more than double the downloads the group saw over the same number of days earlier in the month.

Not all apps grew the same even though all apps are spending money on Apple Search Ads. More on that in a bit.

Fox Weather, which currently holds the lowest category rank of the bunch, grew the most last week. Fox Weather's downloads rose from just around 1K last Wednesday to 24K this Tuesday. That's an increase of 1,766%.

Clime, the app with the highest category rank, rose 1,023% to 229K downloads on Tuesday, according to our estimates.

The Weather Channel, the most well-known option of the bunch, grew 220% to 76K estimated downloads on Tuesday. Definitely not as much in absolute or percentage terms, and what's also strange is that it's the app paying for the most keywords on Apple Search Ads of the group. More than 7,000 according to our ASA Intelligence (coming soon).

Clime, Fox, and NOAA Radar also use Apple Search Ads with the first two popping up in more than a thousand different keywords each while NOAA Radar shows up for about half.

So if you're wondering, even big companies can do ASA wrong.