Duolingo is the most popular app for learning a new language. And I say that strictly by looking at estimated revenue growth.

In the last quarter, Q3, Duolingo got very close to hitting a new milestone - $100M of gross revenue in a single quarter. 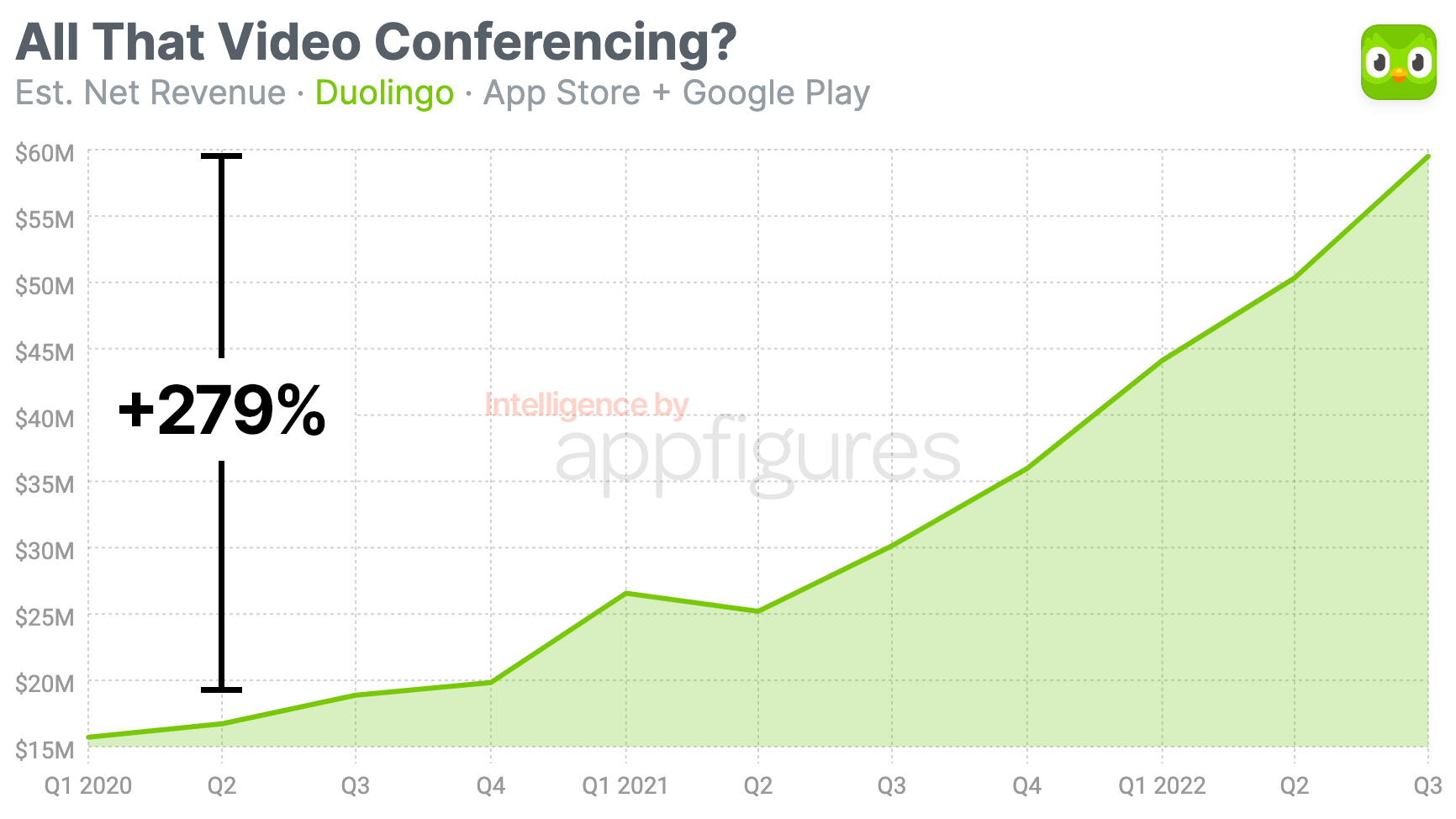 According to our estimates, Duolingo earned $59,000,000 of net revenue, meaning after Apple and Google collect their fees. That amounts to about $84 million in gross revenue, or what Duolingo's users gave the service to learn a language.

Based on quarterly growth this year, Duolingo will cross $100M in Q4, which has a higher-than-average revenue anyway. So, I expect a massive number!

Platform distribution is pretty standard, about 25% of this total came from Google Play and 75% from the App Store. English-speaking users are the biggest spenders with the US, UK, and Canada contributing the most, but revenue came from every country we provide revenue estimates for.

Looking at the trend, this growth isn't new. Duolingo's quarterly revenue has grown every quarter with a single exception, leading me to believe this growth is a result of great strategy and perfect execution.

Except for the whole Katy Perry incident last week, which is probably a fluke, so I'll ignore it.

But I think there's more to it. I think Duolingo is riding a wave sparked by lockdowns and the shift to working remotely.

This might be a stretch, but the move to remote work made it "normal" to conduct all meetings via video and not always from a professional setting. This, in turn, made it easier to hold meetings with farther destinations, the kind where both sides don't speak the same language.

It wasn't impossible before, but it wasn't as accepted or easy. It is now, and that could be a catalyst for Duolingo's growth.