So I took a closer look at the store and which apps are in it. I was a bit surprised by the results.

Fun fact - I asked my Twitter followers which category they thought had the most apps and for the third week in a row, most voters (76.6%) were wrong. 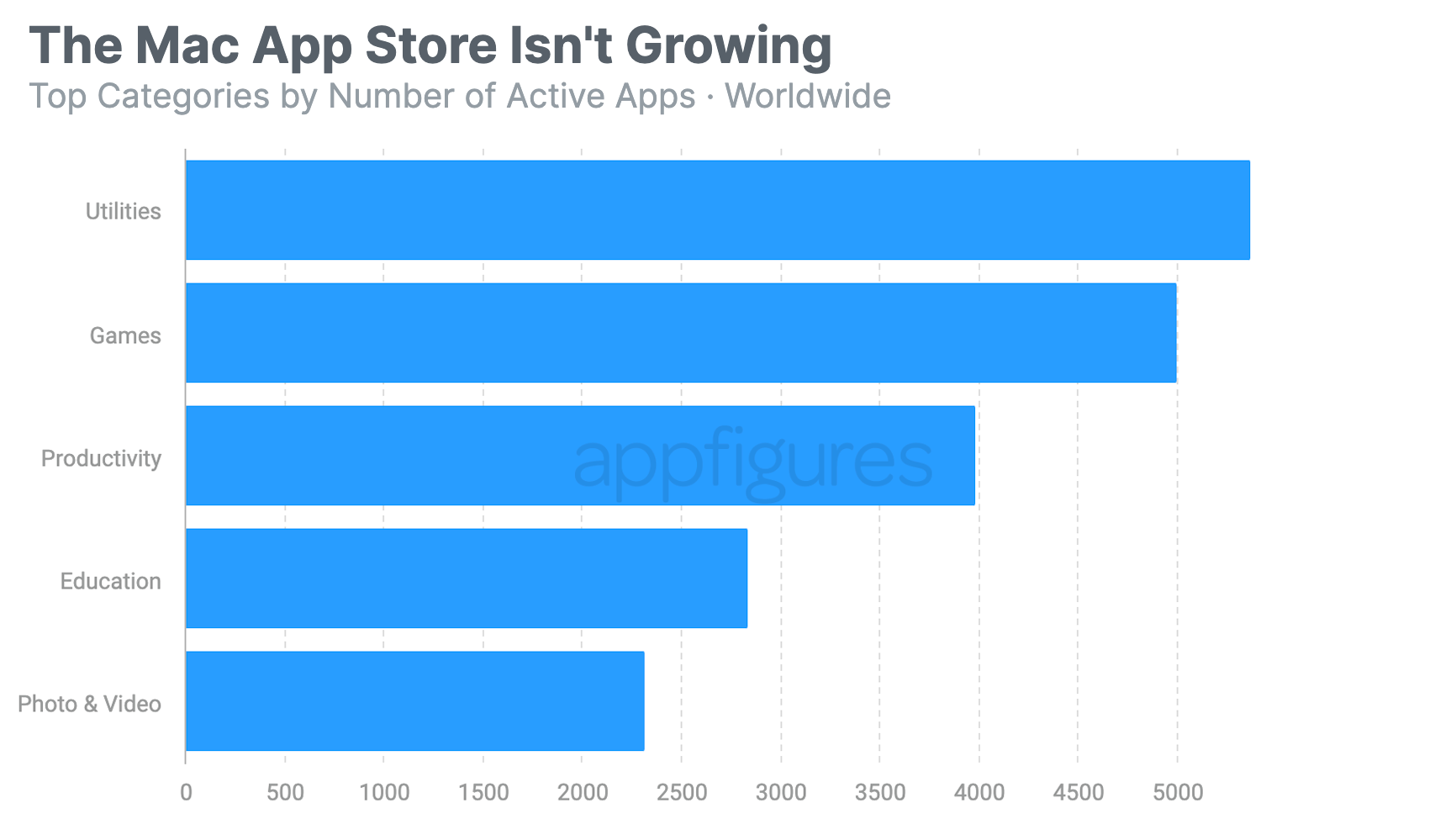 According to data from Explorer, which is now accessible to every Appfigures member, the Mac App Store currently contains a little over 31K apps and games.

First, I was curious about categories. I didn't expect games to be the dominant category for the simple reason that Macs aren't known as gaming devices. But I wasn't entirely sure what would be the top result.

There are 5K games in the Mac App Store right now. That's a lot more than I expected! Are they all super popular? Absolutely not. But someone took the time to build them.

Productivity, Education, and Photo & Video complete the top 5 list, all of which make some sense. More than games, for sure.

Knowing the breakdown of what goes into the Mac App Store, I was curious to see how fast the store is growing, and that's when reality hit. 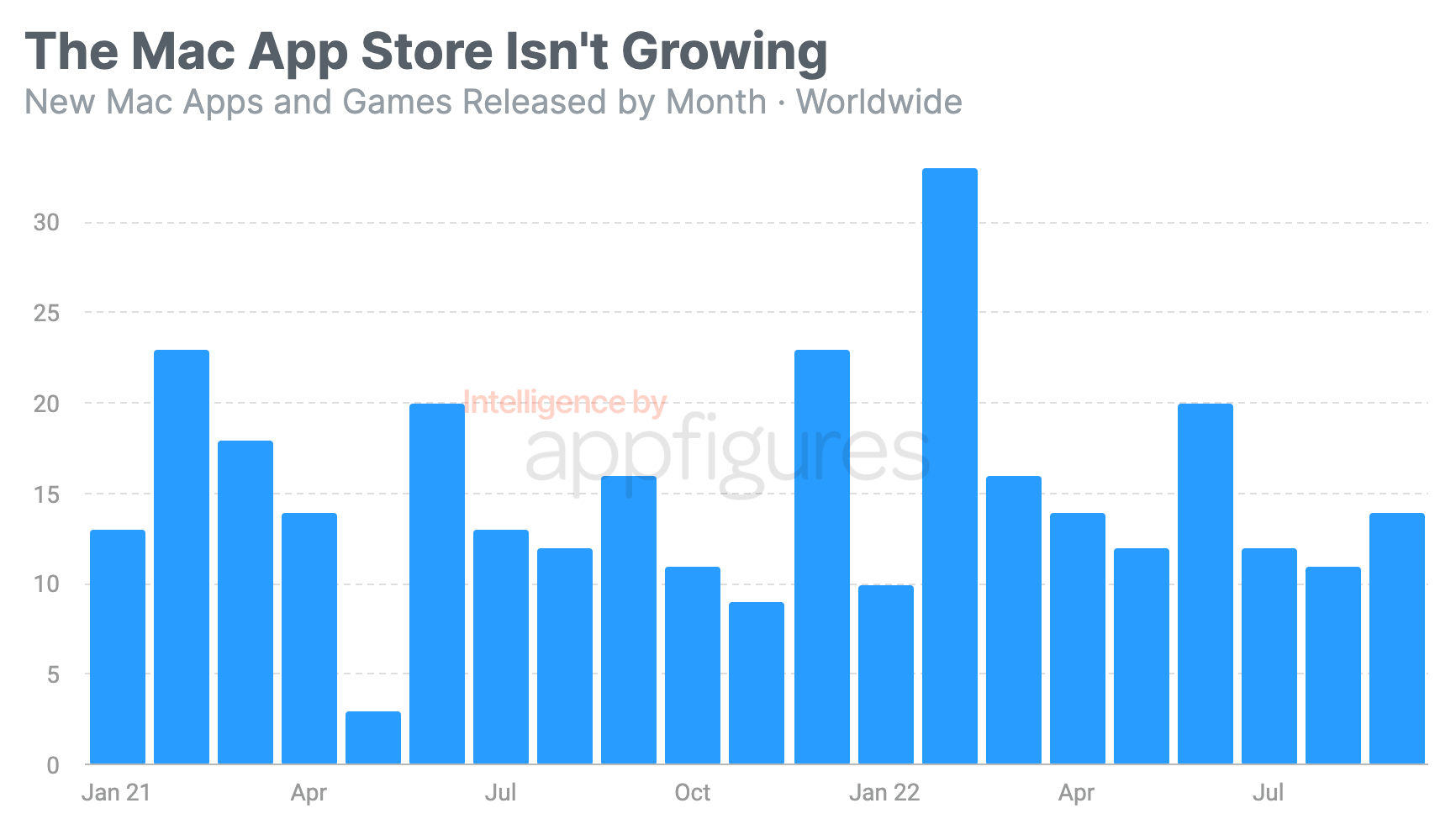 If you're developing for the Mac this might be shocking to you - The Mac App Store sees just 15 new apps every month on average. That's what the App Store, which sees about 1,000 new apps every day, adds in 20 minutes.

I don't think Apple has a plan for the Mac App Store, but I still think there is some potential as soon as Apple starts pushing iOS apps on Apple Silicone. I could be wrong.