Taylor Swift made history last week by taking over all Top 10 songs on Billboard Hot 100 with her new album. She's the first artist to do that. Ever.

She also announced a new tour and gave her VIP fans a way to register to buy tickets to the tour early. Yes, she's that popular you have to register for the presale. 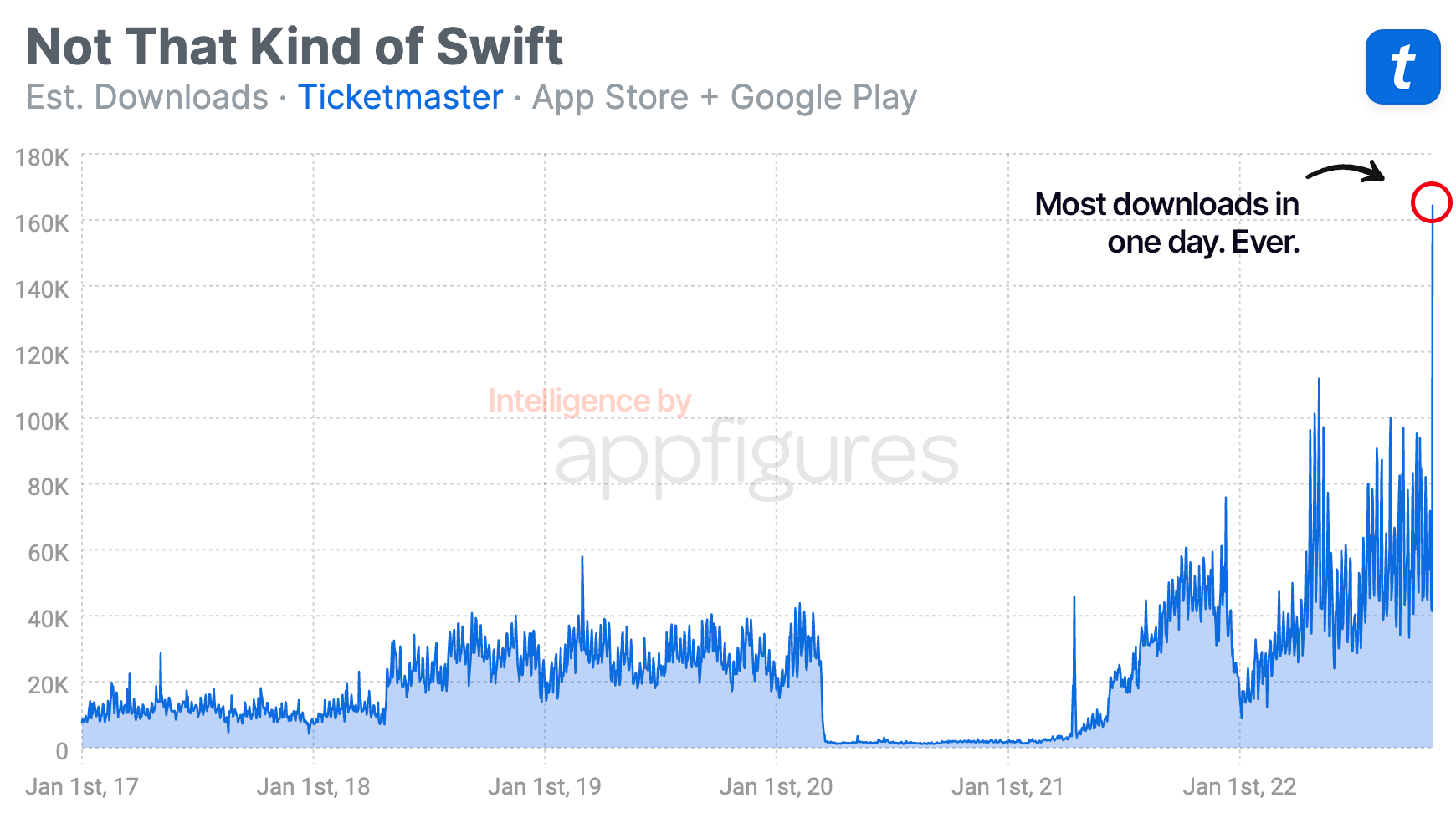 Downloads rose to 164K on Tuesday, according to our estimates, a 993% increase compared to downloads in January of this year.

2022 has been a good year for Ticketmaster. It ended 2020 with a loss of nearly all new downloads, and that trend continued into the first part of 2021. Downloads grew later in 2021 as things opened up, and slowly showed signs of full recovery in 2022.

Even with this rise, Taylor's tour still managed to give Ticketmaster its best day ever. Not just post-covid. The previous all-time best was back in April, with 112K downloads.

By the way, Ticketmaster's infrastructure failed during this registration event. Par for the course these days...

It's been a while since I looked at IRL apps now that things have mostly gone back to normal. But one trend continues - everyone is doing more from their phones. Ticketmaster's pre-covid downloads averaged 23K per day. In September of this year, they averaged 60K. Even without the Swifties.