This week I also ranked the highest-earning apps in the US, and was welcomed by a new winner -- TikTok! 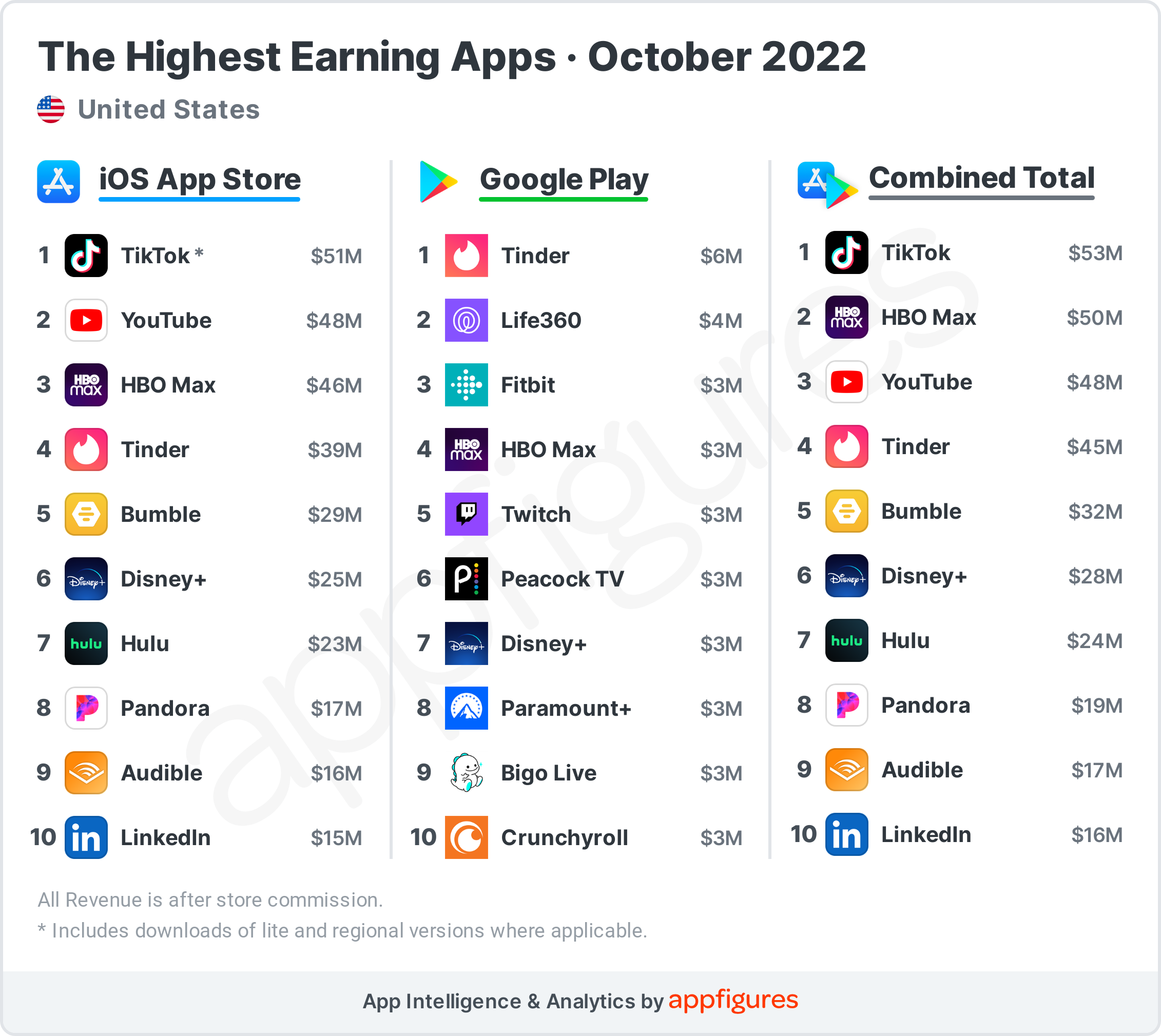 TikTok was the highest-earning app in the US, hauling in $53M of net revenue in October from US users, according to our estimates. TikTok lost the top spot to HBO Max all the way back in April.

How's your revenue trend compare to the market? Use the Mobile Revenue Index to compare. It's free for all developers.

HBO Max was a close second, adding $50M to its bottom line, followed by YouTube with $48M of net revenue, per our estimates.

Clearly, video = money. Not a new trend, still a strong trend. Did I mention I'm on YouTube?.

Tinder and Bumble, not video apps, round out the top 5 highest-earning apps in the US. Both are locked into a race where Bumble seems to be slowly catching up thanks to several price increases.

Together, our estimates show the top 10 highest-earning apps in the US brought in a net total of $333M in October. That's nearly $10M higher than September's total, and most apps on our list saw a part of that increase.