A lot is going on at and with Twitter right now. There are lots of opinions out there, all of which I will ignore and focus on something I find interesting -- mobile revenue. 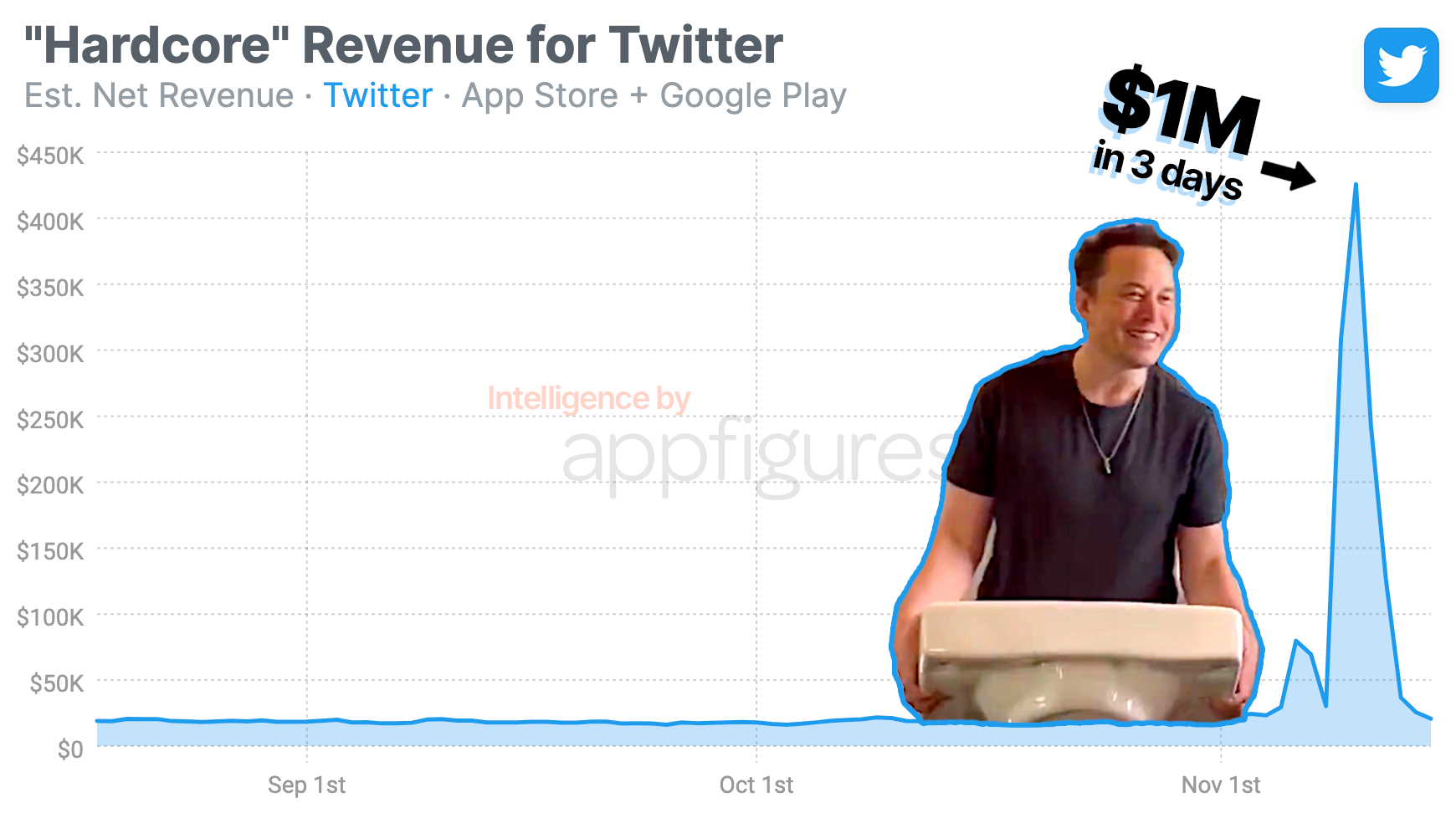 Twitter's mobile revenue normally hovers around $20K/day, according to our estimates. Last Wednesday, it jumped to more than $300K, and grew even more -- to $425K -- on Thursday, as Twitter rolled out verified checkmarks for anyone who subscribed to the new Blue.

Between Wednesday and Friday, Twitter earned around $1M of net revenue, meaning what Elon and co get to keep after paying Apple and Google their fees. To put this in perspective - Twitter's revenue for all of October was just $580K, according to our estimates.

Selling verification turned into a hot mess very fast and ended up being pulled right after which brought this revenue train to a stop, but it showed that it's possible to get Twitter's users to pay.

I've been complaining about Twitter's mobile revenue for months now saying it's not going to be easy to increase but is totally doable. Not easy because Twitter users aren't used to paying, but totally doable because there are lots of users.

Elon's Blue showed that Twitter can make money from its users. Sure, Blue will need to be refined and improved, but it's only a matter of time until it's refined enough to become a real revenue stream.