One of the biggest trends this year was the rise of BeReal, a silly-simple togetherness app (for lack of a better word) where friends share a single picture, the candid kind, once a day.

The concept was really basic and there was no monetization strategy in place.

But there were downloads. Lots of downloads!

Where is BeReal Now? 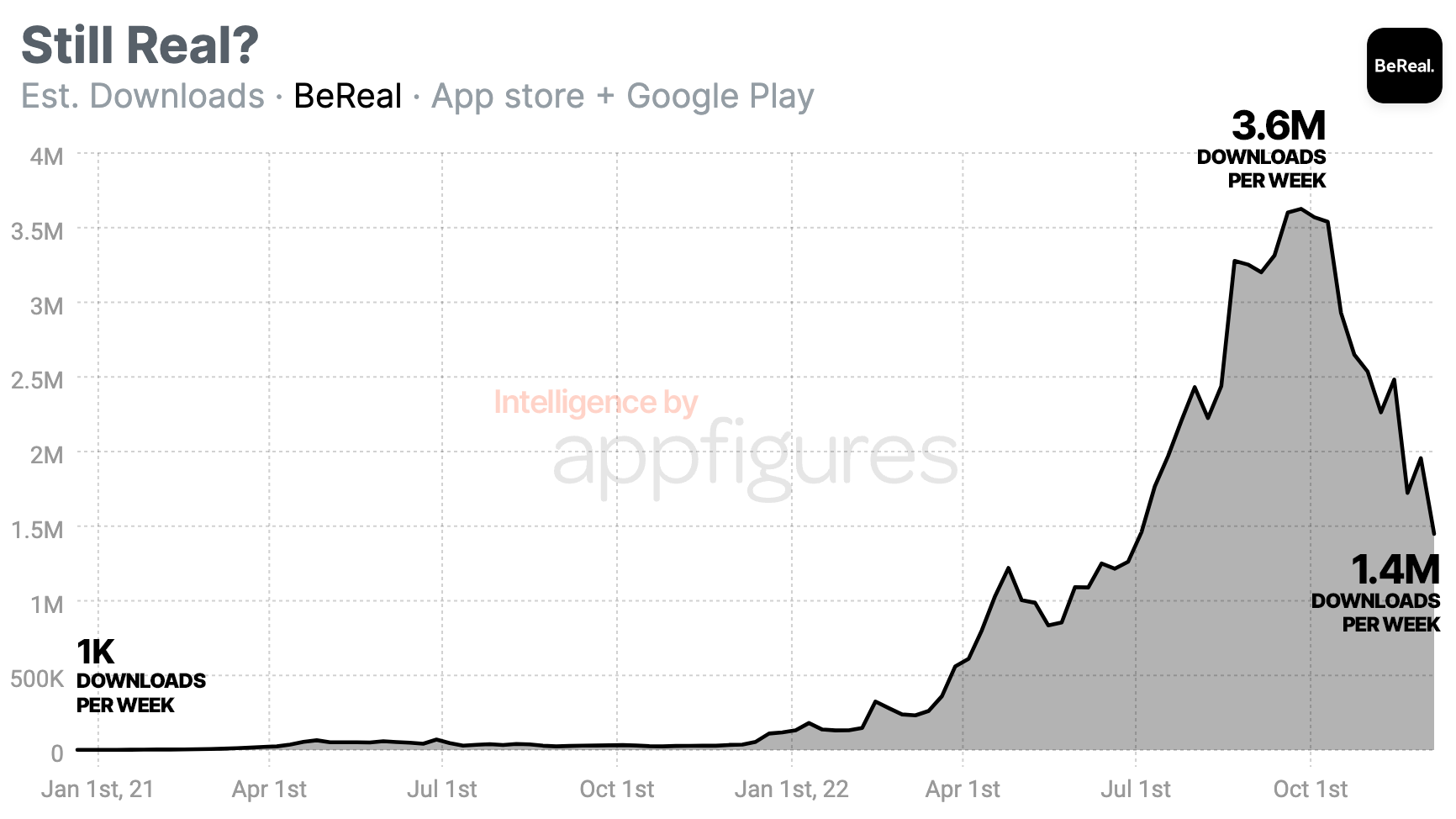 BeReal launched all the way back in 2020. It got downloads before 2022, but not many. According to our estimates, BeReal saw about 1,000 downloads per week in January.

It got popular at the end of March, and downloads started growing quickly. It peaked in October with 3.6 million downloads per week, according to our estimates. That's an increase of 359,900%, in case you're into big numbers.

At the same time, BeReal raised a $60M round of funding.

Downloads started sloping down almost immediately after as the new teen sensation switched to Gas, which isn't competing on features but rather on target audience.

By mid-December, BeReal's weekly downloads were down more than 50% to 1.4M downloads.

Where is BeReal going?

Using (recent) history as a template, the answer is not very far...

Clubhouse followed almost the exact same path just a year earlier. Both apps exploded in popularity, raised a bunch of money while not focusing on monetization, and lost their popularity almost immediately as everyone moved on.

But there's a positive - Clubhouse introduced the world to communal podcasting. There's probably a better name for that, but that's how I see it. That feature made its way into most social platforms. BeReal did something similar. On-command picture-taking is now a feature of most competing apps, and even a whole separate app for TikTok.

I hope BeReal doesn't disappear and grows beyond a feature + develops a monetization strategy. We know it's possible because Gas did it.