Is Facebook still a thing? If I had a penny for every time someone asked me that I'd be a lot of pennies richer...

But the joke is on them because not only was Facebook one of the most downloaded apps in 2022, it also made its way into more than 500 million mobile devices worldwide in the last 12 months.

But... where is all this growth coming from? 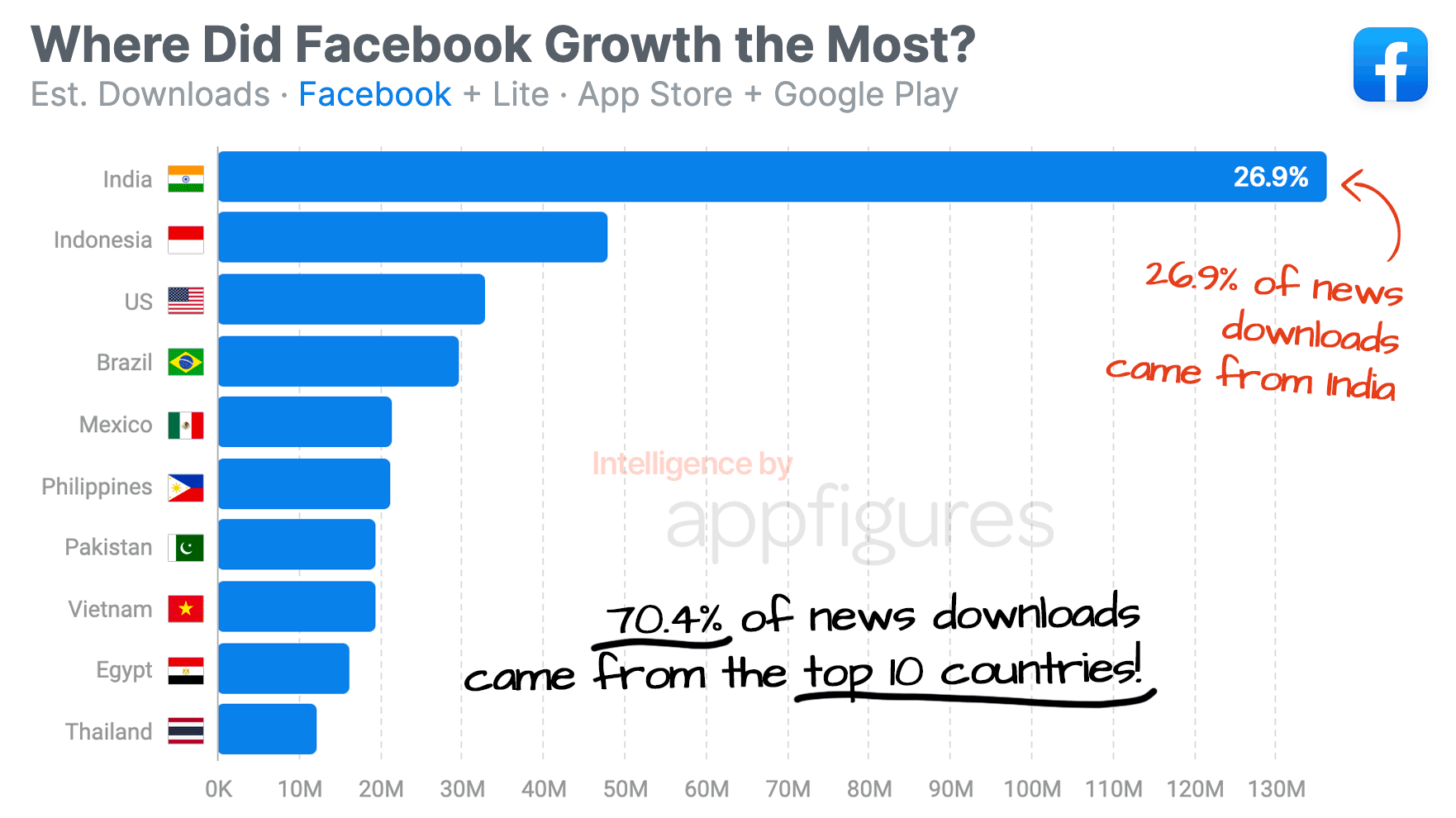 Just like sibling Instagram, Facebook sees a majority of its growth from India. We estimate that in 2022, India was responsible for more than 136M new downloads, most of which, through Google Play.

Although Facebook had a rocky year, its stock is finally starting to pick up which many believe isn't going to stop. If downloads are in any way a proxy, there's some hope for Facebook in 2023.

Especially if TikTok gets banned in more countries. We'll have to see about that.