Bumble and Hinge See Strong Growth in 2022, but Tinder is Hard to Beat

It's no longer a question - dating has fully moved in-app. Much like shopping and even fitness.

Tinder has seen amazing growth over the last few years, but 2022 was a bit different.

I analyzed the revenue of Tinder, Bumble, and Hinge, the highest-earning dating apps in the US, over the last few years and the competition is stiff! 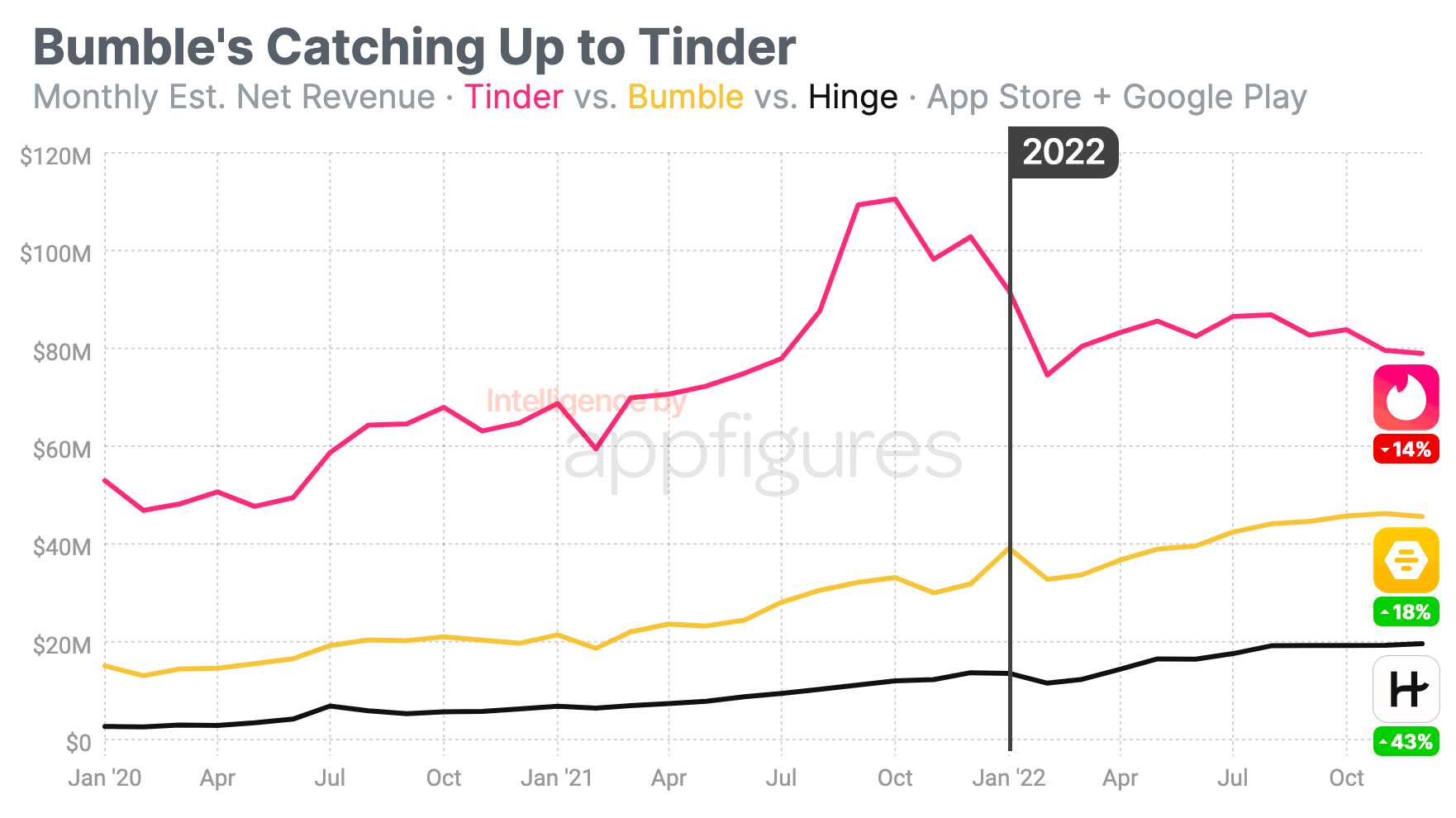 While Tinder was the highest-earning dating app in the world in 2022, its monthly revenue didn't grow. In fact, our estimates show monthly net revenue went down by 14%.

That's the exact opposite of the trend from the previous year.

If you ignore the competition, it's easy to attribute the decline in revenue to things going "back to normal" and people meeting IRL vs. by app, as well as to the economic situation.

But then I looked at competitors, and it's clear the decline Tinder is seeing is more likely the result of a shift to competitors.

Bumble, Tinder's chief rival and one of the few dating apps not owned by the Match Group, saw revenue grow by 18% in 2022. Absolute cash in the bank is lower than Tinder's haul, but the gap is shrinking. In 2021, Bumble was earning roughly a third of what Tinder was earning. In 2022, that number shrunk to less than half.

Hinge, which is a part of the Match group and a sibling to Tinder, saw the most revenue growth in 2022. Between January and December, Hinge's revenue grew a whopping 43%. In absolute terms, Hinge's revenue is a fraction of Tinder's, but this growth is pushing it in the right direction for a nice 2023.

So, here's an obvious question - is Tinder the Facebook of dating apps?