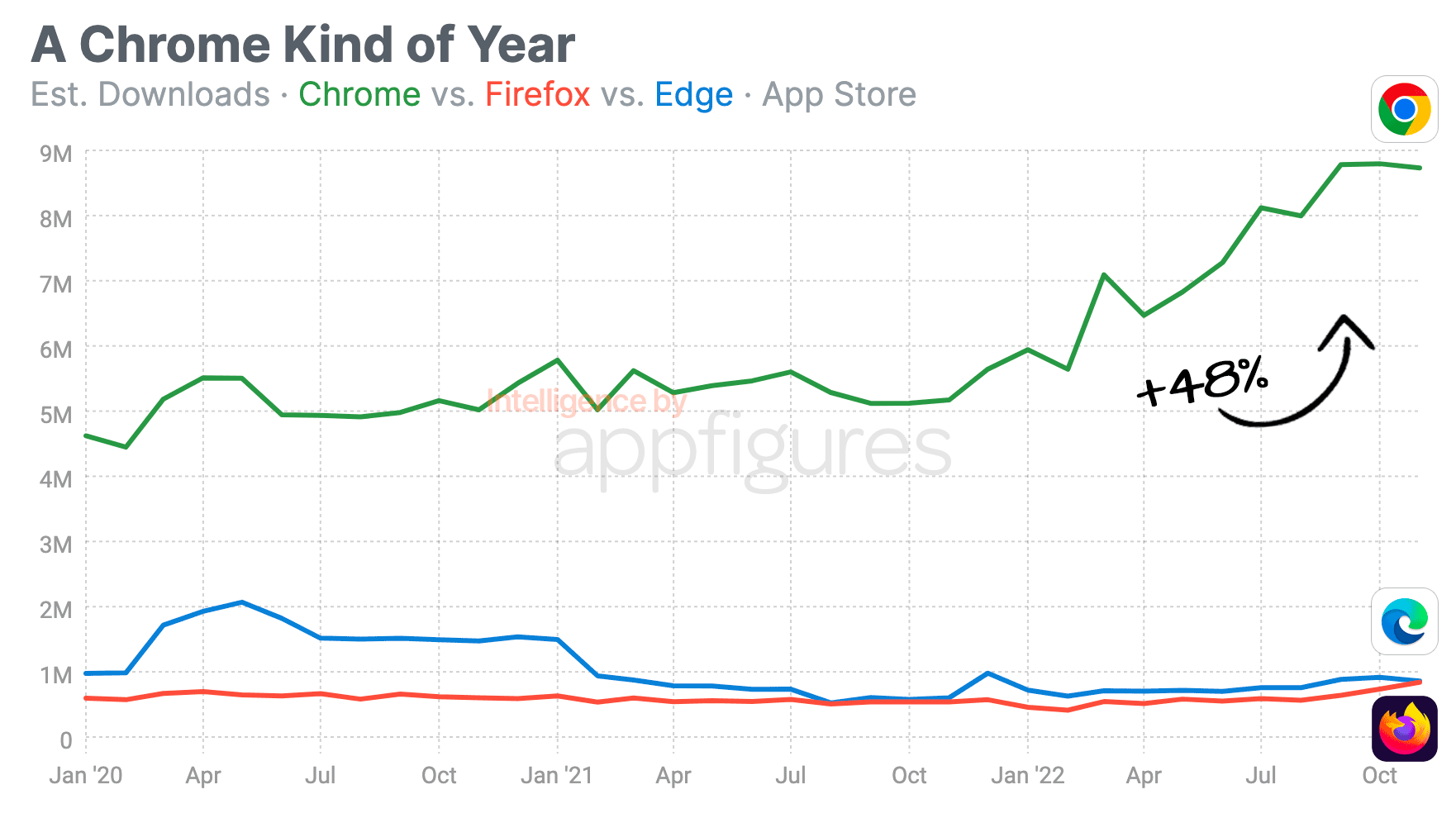 I rounded up the most popular mobile browsers for iPhone and discovered a trend I didn't exactly expect.

Chrome was the most downloaded mobile browser among iPhones in 2022. Again, yawn, but! It's not that it's the most popular, it's how big Chrome is on iPhones!

According to our estimates, in 2022, Chrome made its way into 88M iPhones worldwide. The nearest competitor, Microsoft Edge, saw just 9M downloads in the year, about a tenth.

Firefox, which came in third, added a little under 7M downloads, according to our estimates.

And here's what I find interesting. When compared to 2021, Chrome's downloads grew by 48%. That's while its competition saw the opposite trend. So it's not that iPhone owners are looking for a replacement browser but rather that iPhone users desire Chrome.

Chrome's ubiquity is a result of its simplicity, but if you think about the browser as an interface for a search engine, things change.

As Microsoft prepares Bing for evolution with AI, I expect to see more investment in Edge as well as heavy promotion, likely through Apple's own ad network. And if successful, which is still an "if" and not a "when", that could spell trouble for Google's ad empire from a not-so-expected direction.