Is the Ride Over for Lensa AI (and AI-Generated Art)?

AI-generated avatars got red hot for about a month, an end-of-year "gift". At the center of this was Lensa AI, a not-new app that converts your plain selfies into exciting avatars for a small fee.

Viral successes aren't new to the App Store. 2022 was full of those. But unlike the rest, this trend lasted longer and also cascaded to other similar apps.

How much money does being extra viral earn? 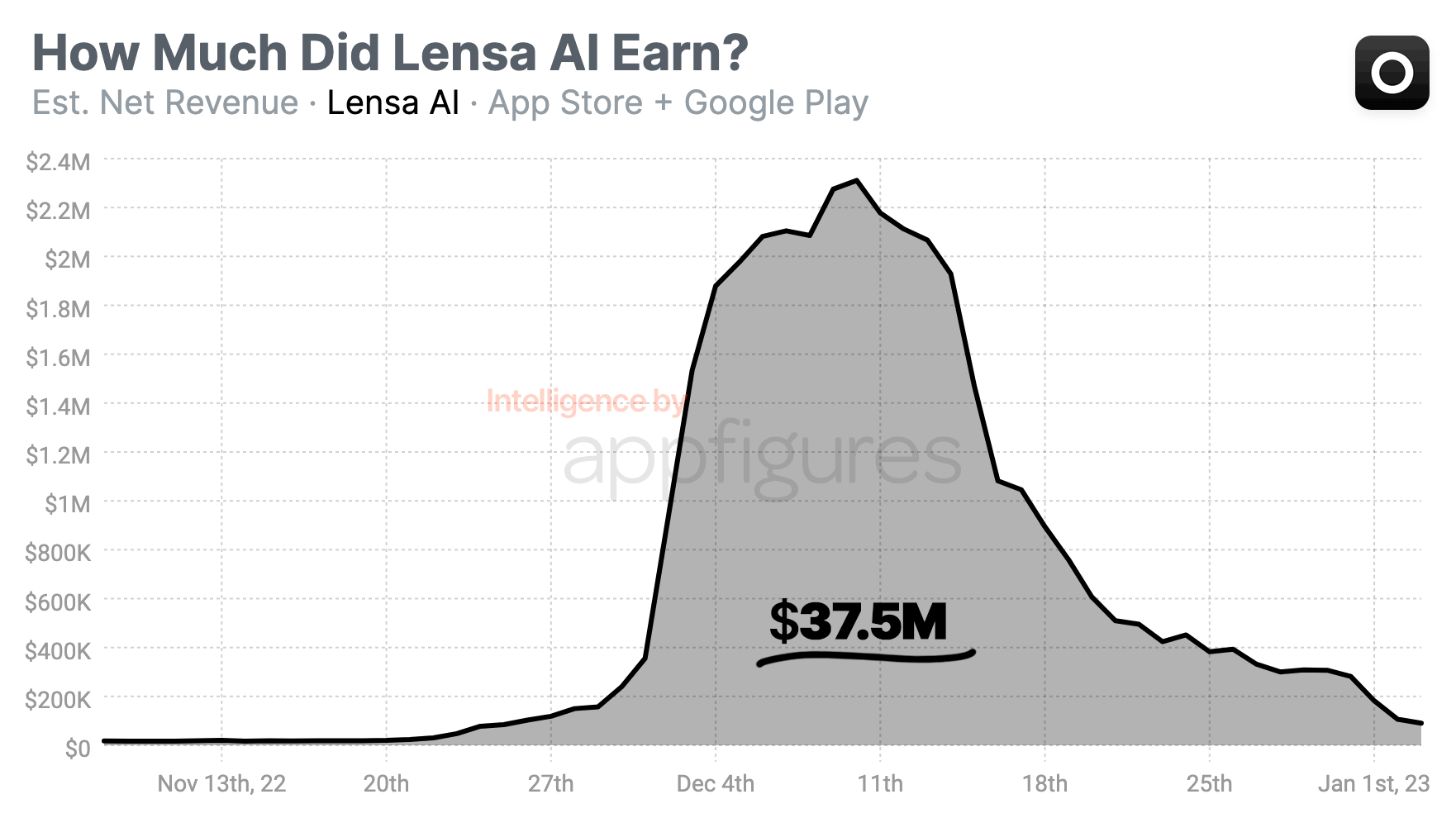 I didn't add an extra 0 in there - We estimate that Lensa AI brought in more than $37M of net revenue, meaning after Apple and Google take their fees, in the last 60 days.

At its peak, Lensa raked more than $2M in a single day, and again, that's net, meaning after fees.

It should come as no surprise that the majority of revenue, roughly 91%, came from iPhone owners. It's pretty much the same pattern we've seen all year long, but a bit more extreme in the App Store direction.

Although Lensa's run seems to be over, the app is still earning about 5x per day when compared to November. Not at all bad.

I'll leave you with this - Lensa wasn't the first, last, or even best app for AI-generated avatars. But it was there, and while it succeeded so did many other apps who were there. If you have an idea or even if your app already exists, don't leave it alone. Make sure it's ready for the next viral success.