This is a single insight from This Week in Apps - Slowing Down. Check out the full article for more insights.

December is behind us, which means it's time to continue the tradition and look at Twitter's app revenue. 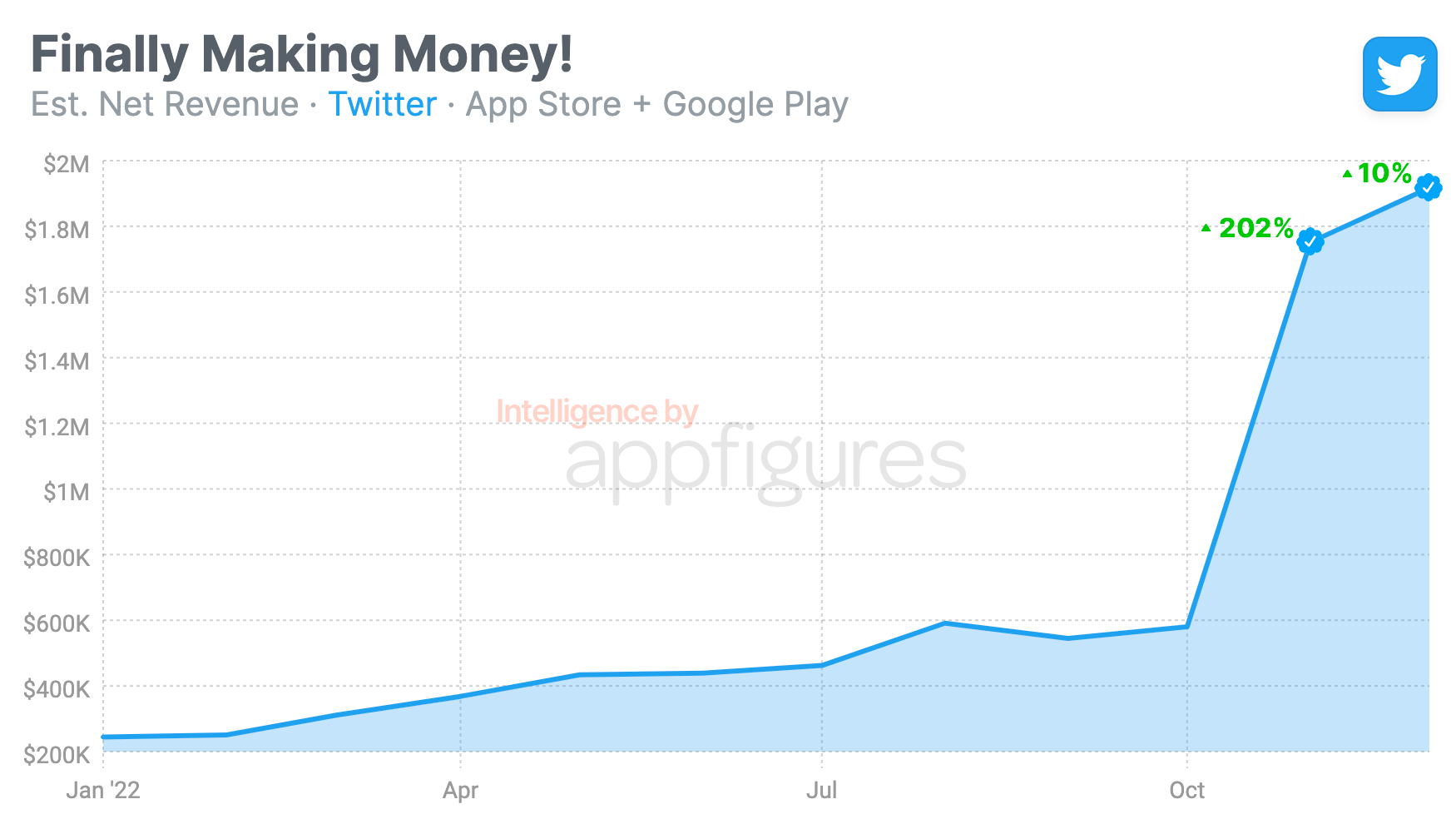 Twitter's net revenue from in-app purchases in its iOS and Android apps reached $1.9M in December, according to our estimates. And that's net, meaning after Apple and Google take their fees.

Twitter started the year with $244K of net revenue, according to our estimates. Yes. Just a couple hundred.

I know there's a decent amount of chaos surrounding Twitter right now, which I'm choosing to ignore because I don't think it'll lead to its demise. 3rd party apps being blocked is a mistake, but let's see how that shakes out...

Zooming out a bit, it's pretty clear apps that used to be free (with ads) moving to having some sort of revenue-earning mechanism is a real trend. I expect to see more popular, and even less popular apps, roll our revenue models in 2023. And that's good for everyone.

FYI - A more in-depth report will be coming out soon.