Earlier this week, gamer-chat Discord announced it's acquiring Gas, an app for teens that exploded in popularity a few months ago but dropped nearly as quickly as it rose.

While high, the downloads don't paint a trend that's that exciting for an acquisition, but unlike other overnight successes we've seen come and go last year, Gas did something others didn't. 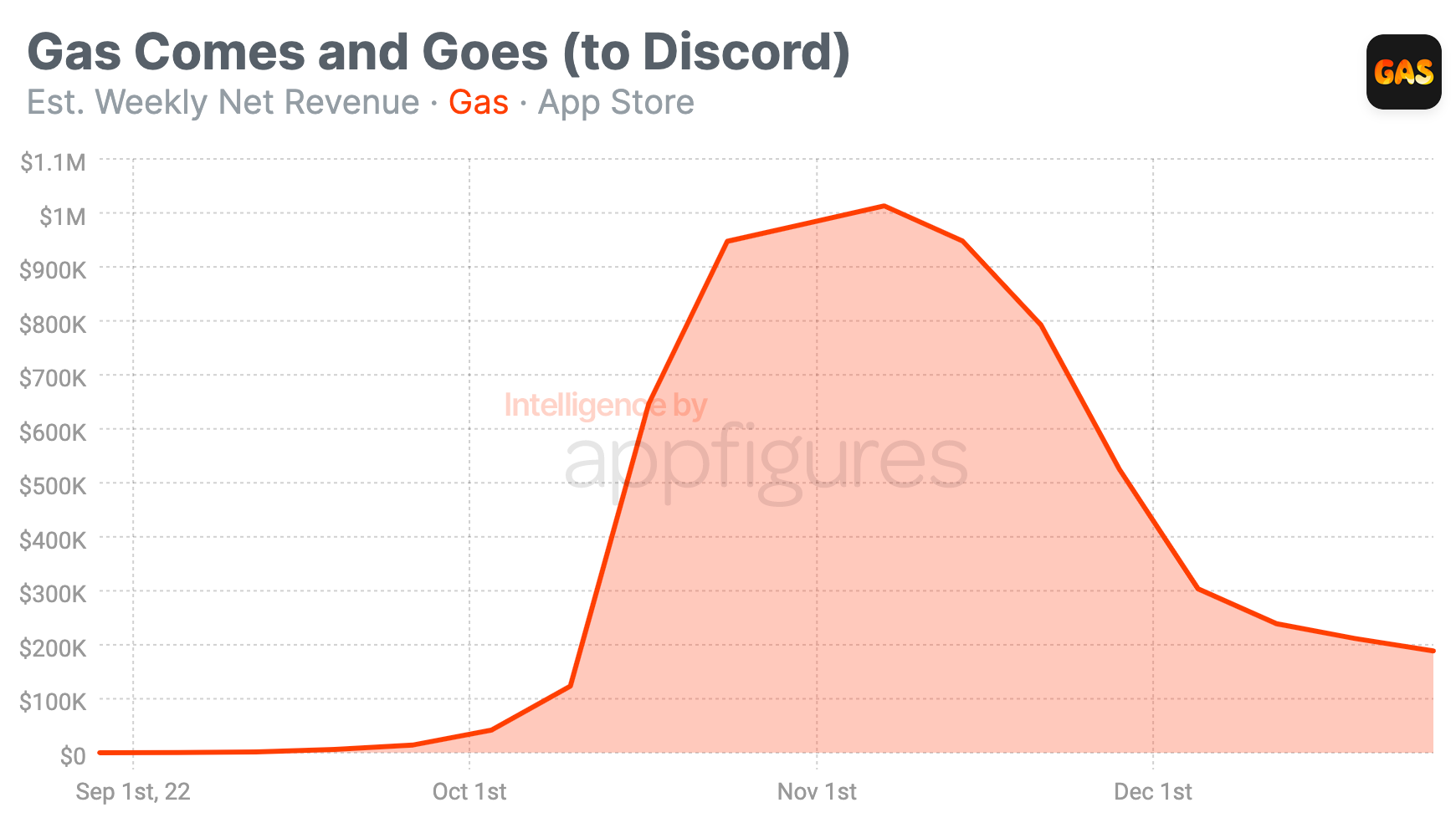 Since launching last August, Gas managed to make its way into nearly 8 million iOS devices and earn $7M of net revenue in the process, according to our estimates. And that's what the small team behind the teen sensation got to keep after giving Apple their share.

The downloads are nice, the up and down trend is pretty standard for a viral success, being iOS only is a strange limitation that shouldn't exist at this point, but there are a couple of remarkable parts to this story that I believe led to the acquisition.

The first is how Gas rose to the top of the App Store, which wasn't luck but rather several clever marketing campaigns that I consider to be borderline black-hat, yet worked amazingly, both on teens and also on Apple's algorithms.

The second is the app's ability to monetize. Most of the overnight successes we've seen in the last year got a lot of downloads but most of those downloads didn't turn into paying users. Some apps didn't have a revenue model to begin with, others didn't have a good revenue model. In both cases, being the top app for a little while didn't do much for the bottom line.

Gas was different. The app had exactly what kids wanted and made that very easy to purchase.

I think Discord acquired Gas' outspoken founder Nikita Bier. It's not that discord needs a borderline black-hat marketer, or a limited social platform for teens, but at least one of those could be useful for growth, something Discord didn't have too much of in 2022.