I looked at the revenue of Snapchat+, the in-app purchase Snap is using to (finally) monetize its app by offering early access to features + some customization options.

I still see this whole offering as a glorified way to pay to become a beta tester for Snapchat, but regardless of what I think, it seems to be working! 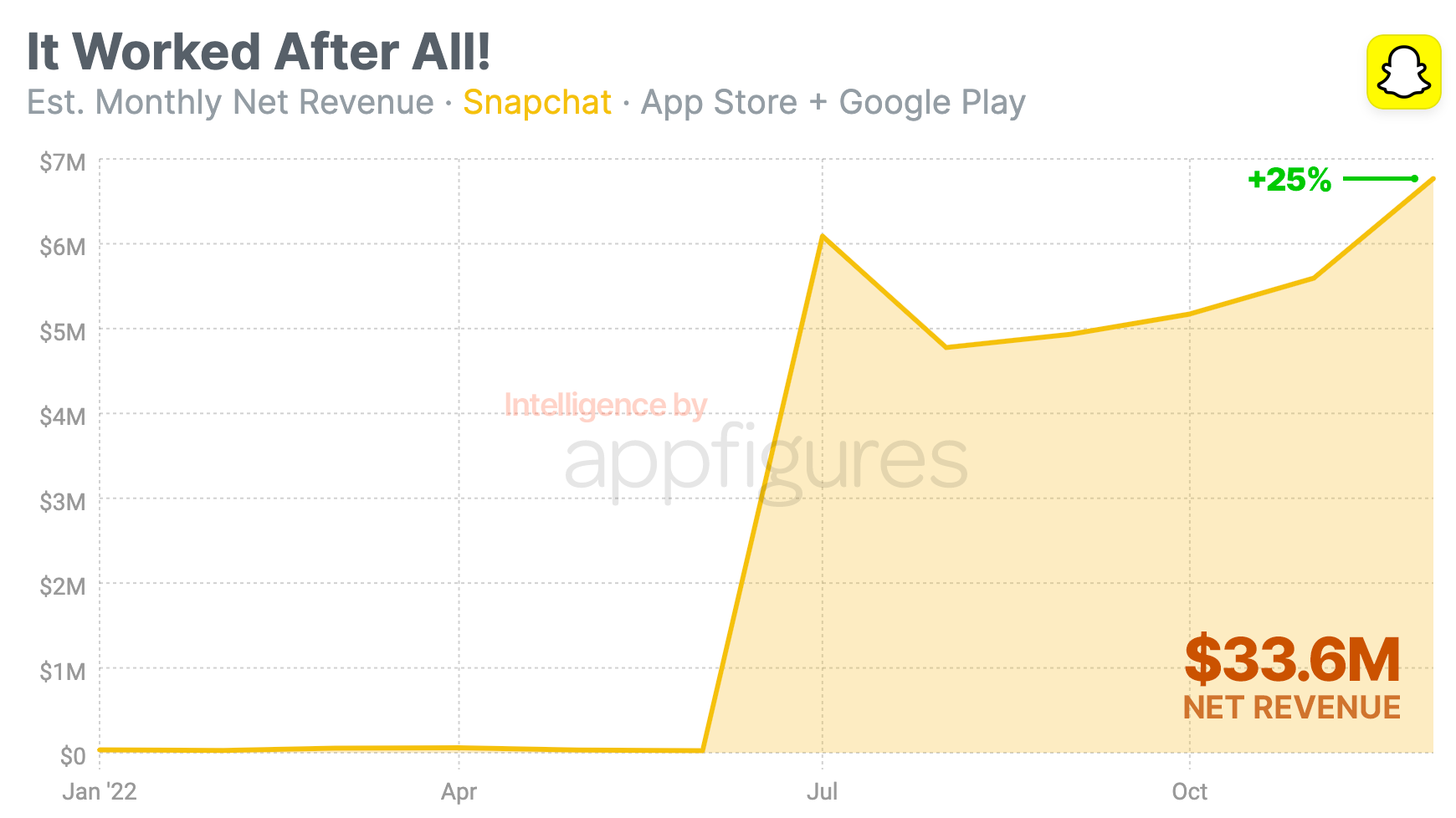 In its first month, Snapchat+ earned more than $6M of net revenue. Revenue dropped when renewal time came around, which is fairly normal for most apps, but has been climbing steadily since.

According to our estimates, December continued to see growth for Snapchat+, which has been on a positive trend since its first (and only) drop back in August.

In December, Snapchat+ posted its highest revenue in a single month and also the highest growth in a single month. In more absolute terms, December brought in more than $6.8M of net revenue and month-over-month growth of 22%. Last month, growth was 12%, and in months before it, the average was just 2%.

Clearly, Snapchat+ is working out for Snap, and given this trend, will probably be working even better in the future.

I see it as a great sign for app makers - if Snapchat can get its free users to pay, so can you!