Microsoft Goes All-In On React Native For Their Mobile Apps

Recently, that love affair started spilling over into their mobile apps. We scanned Microsoft's iOS and Android apps and discovered that 38 of them, including the likes of Word, Excel, Xbox, and many others, were recently updated to include React Native in their bundle.

Here are all the iOS apps Microsoft recently added React Native to: 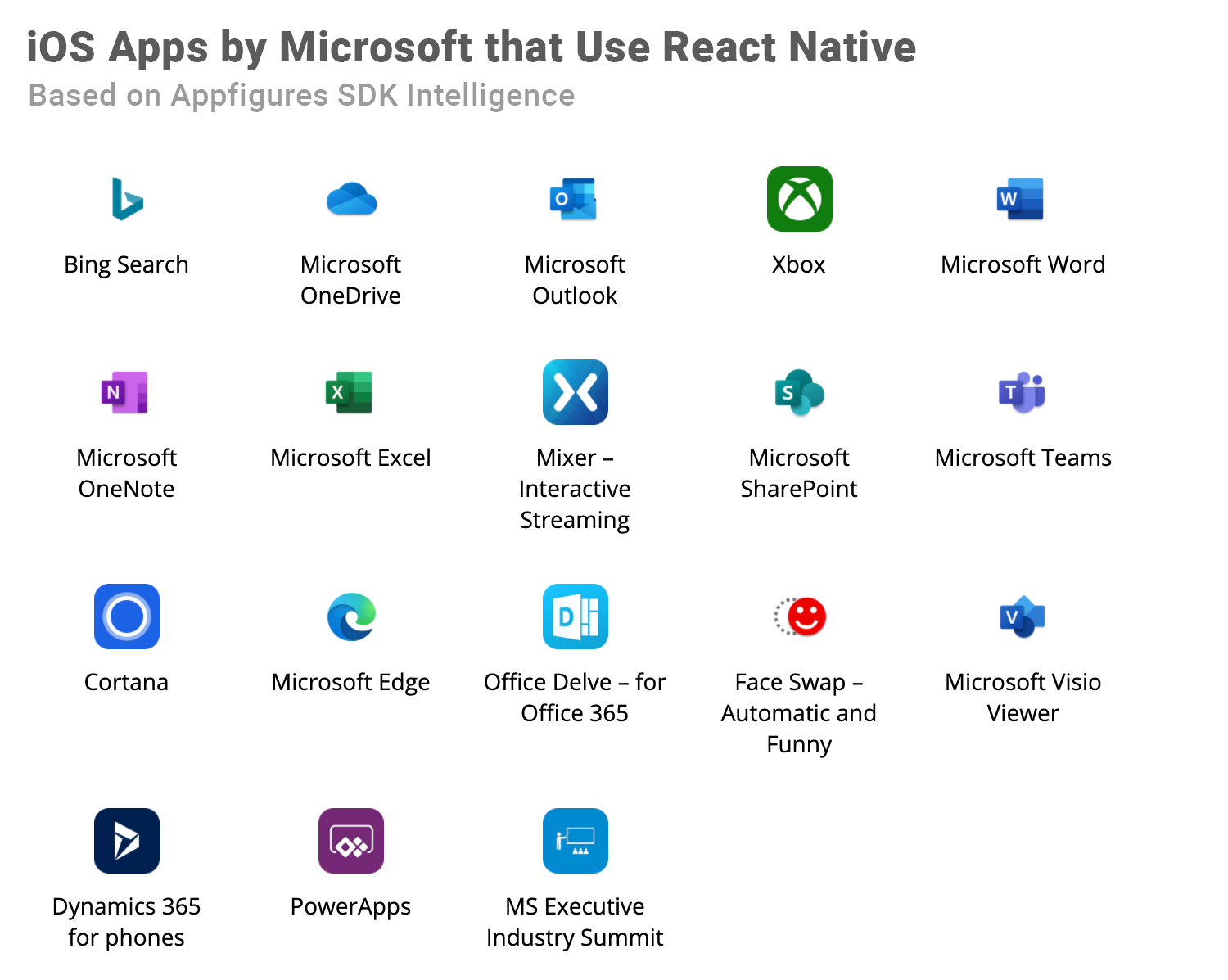 An impressive list, counting the extended Office suite of apps. On Android things are very similar: 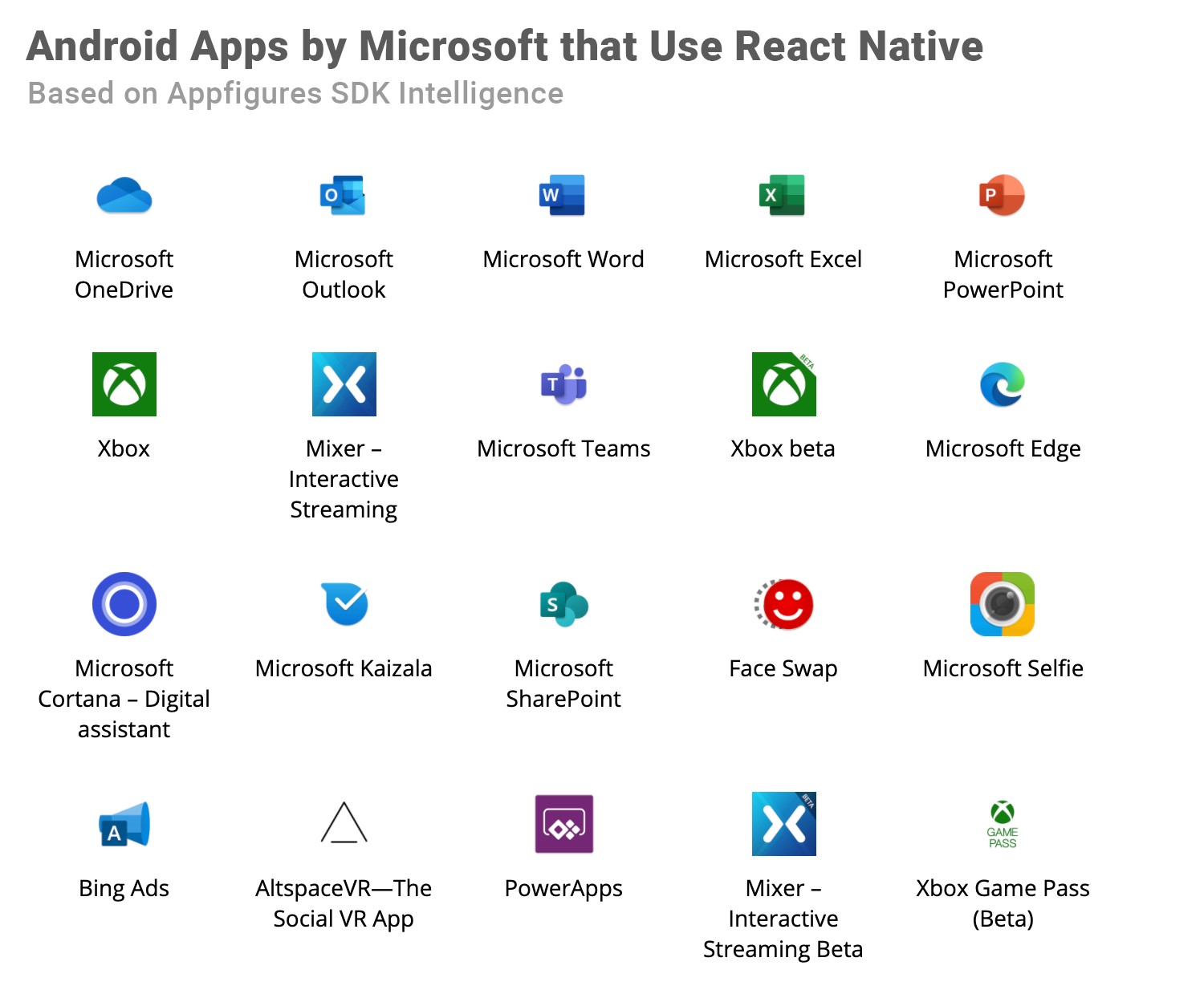 For context, these apps have been downloaded by more than 4.3M users in the last month in the U.S. alone! While we don’t know the extent of Microsoft's use of React Native in these apps, this type of move is the kind that isn't just experimental. And that's great news for React developers!

In the last year use of React Native has nearly doubled, going from being installed in just about 15K apps at the beginning of 2018 to being installed in over 27K apps right now. As impressive as that is however, React still some catching up to do before it can compete with heavy hitters like Cordova and Unity, each installed in more than 100K apps. We'll continue to track and report on its adoption.

Get deeper insights about any app. See which SDKs are installed, audience demographics, download and revenue estimates and much more with Explorer. Learn more →