The Office Moved to Peacock and So Did the Downloads

Streaming providers have realized that capturing new users isn't about just having an app. These days, to get them, you also need original content. Netflix has been doing that for quite a while.

HBO Max flexed its connection to Warner Bros with Wonder Woman, and now it's NBC's turn.

One Show, 3x the Downloads

Peacock, the new free-with-ads streaming service NBC launched over the summer, is having a grand time in 2021. That's because NBC realized it already had great content, which was on loan to Netflix.

I'm talking about The Office, of course.

On January 1st, the office came back home.

With it came the downloads!

Daily downloads, which we estimate to average 35K/day across the App Store and Google Play, jumped to more than 100K on Saturday, following the move. The weekend brought in more than 287K downloads for the streaming newcomer.

Peacock's free-with-ads model also means that The Office is now streamable for free, which certainly helped with this spike.

"The Only Time I Set the Bar Low is for Limbo"

Downloads, for a free-to-watch app, are great. But Peacock's success will hinge on its ability to convert those free users into paying for its Premium or Premium Plus tiers, which cost $4.99/mo. and $9.99/mo. respectively. 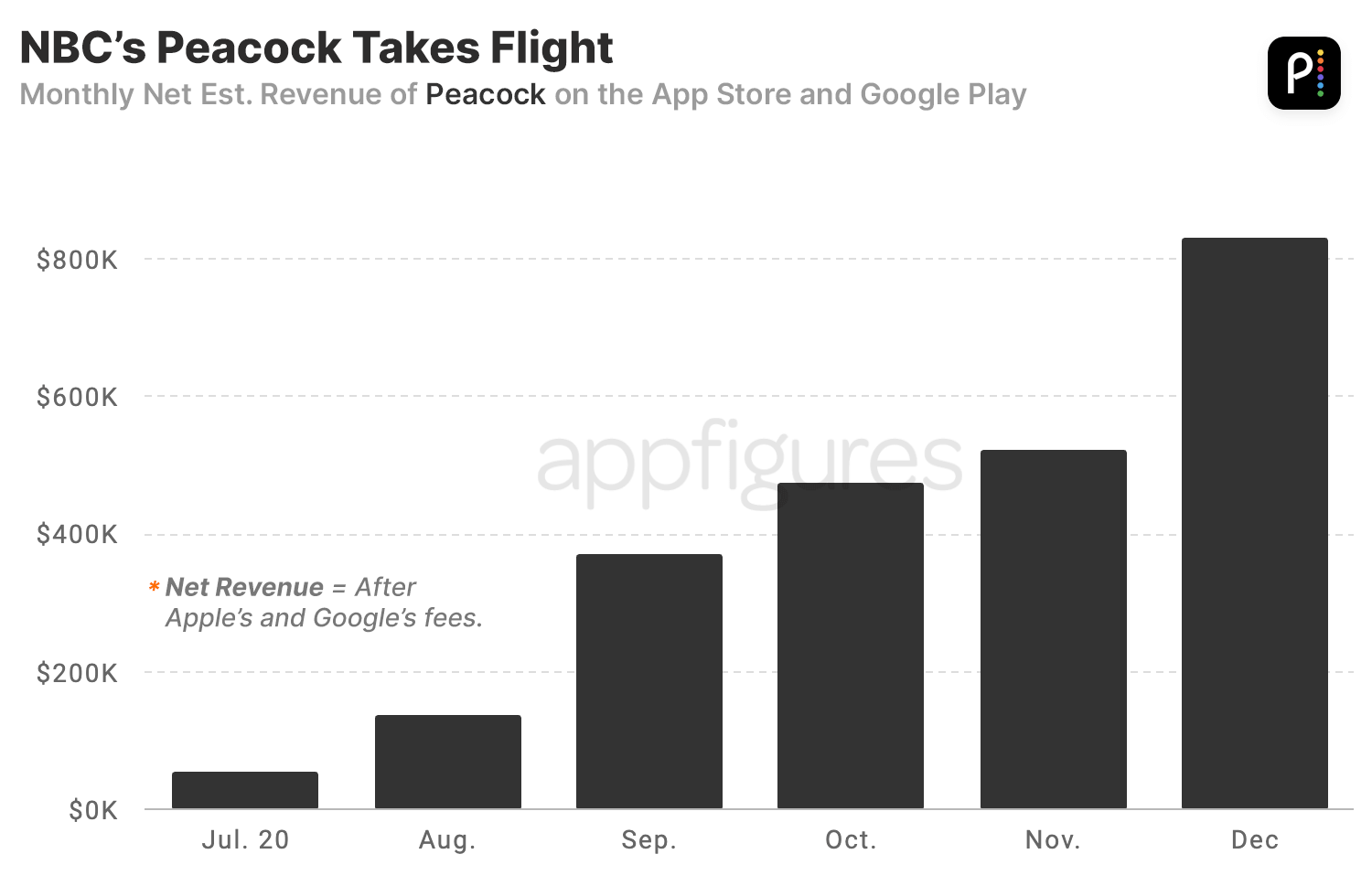 Revenue grew steadily since Peacock launched in mid-July of 2020, with a fairly steep growth trend. We estimate that Peacock closed the year with more than $825K in net subscription revenue in December. Net revenue means it's the total after Apple and Google took their 30% fee.

Revenue has primarily come from the iOS app, which earned almost all revenue between July and November. In December, that changed a bit, with the Android app being responsible for roughly 22% of the total. Adding that back in, Peacock broke $1M in gross monthly revenue.

Compared to rival Disney+, which earned $23.6M in net revenue in December in the US, this isn't huge. But considering the content and how hard it was for me to figure out how to upgrade, I see more potential.

It's also refreshing to see an old-worlder like NBC trying to claw into the streaming game.

Which streaming service do you find yourself using the most?